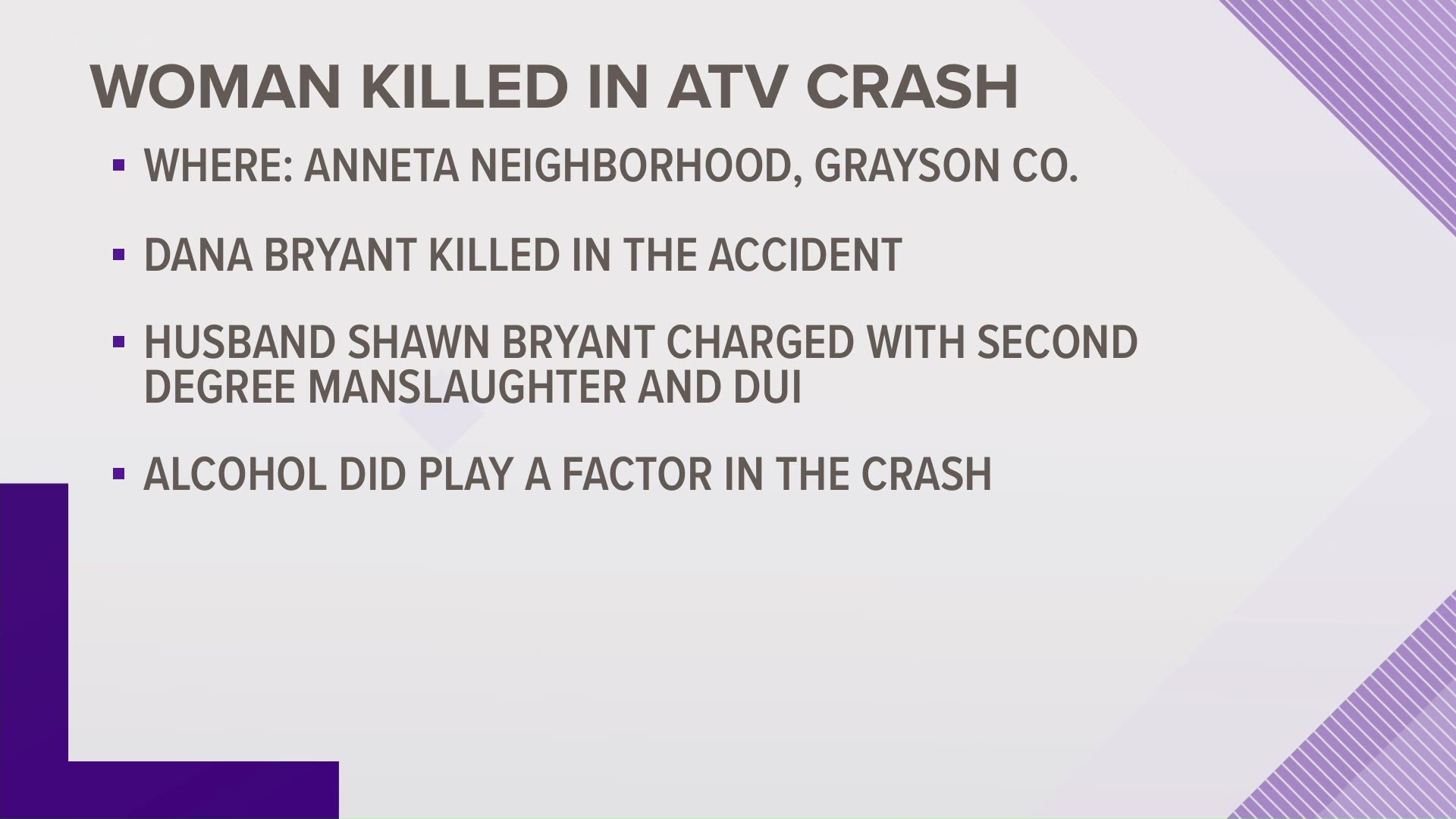 The Grayson County Sheriff’s office responded to an area of Scott Road in the Anneta neighborhood around 1:05 a.m. Sunday.

Officials said Shawn A. Bryant, 39, along with his wife and two friends were traveling up an embankment on private property when the ATV flipped, according to a news release.

Dana Bryant, 37, was partially ejected with the ATV landing on top of her, killing her instantly. The Grayson County Coroner’s office pronounced her dead at the scene.

Two other passengers were not injured.

Authorities said based on evidence at the scene, neither Shawn or Dana were wearing a safety belt.

They also determined that alcohol played a factor in the crash.

Shawn was charged with second-degree manslaughter and DUI.