Louisville Metro Police said a man was shot and killed after midnight on East Wheatmore Drive. They are still looking for suspects. 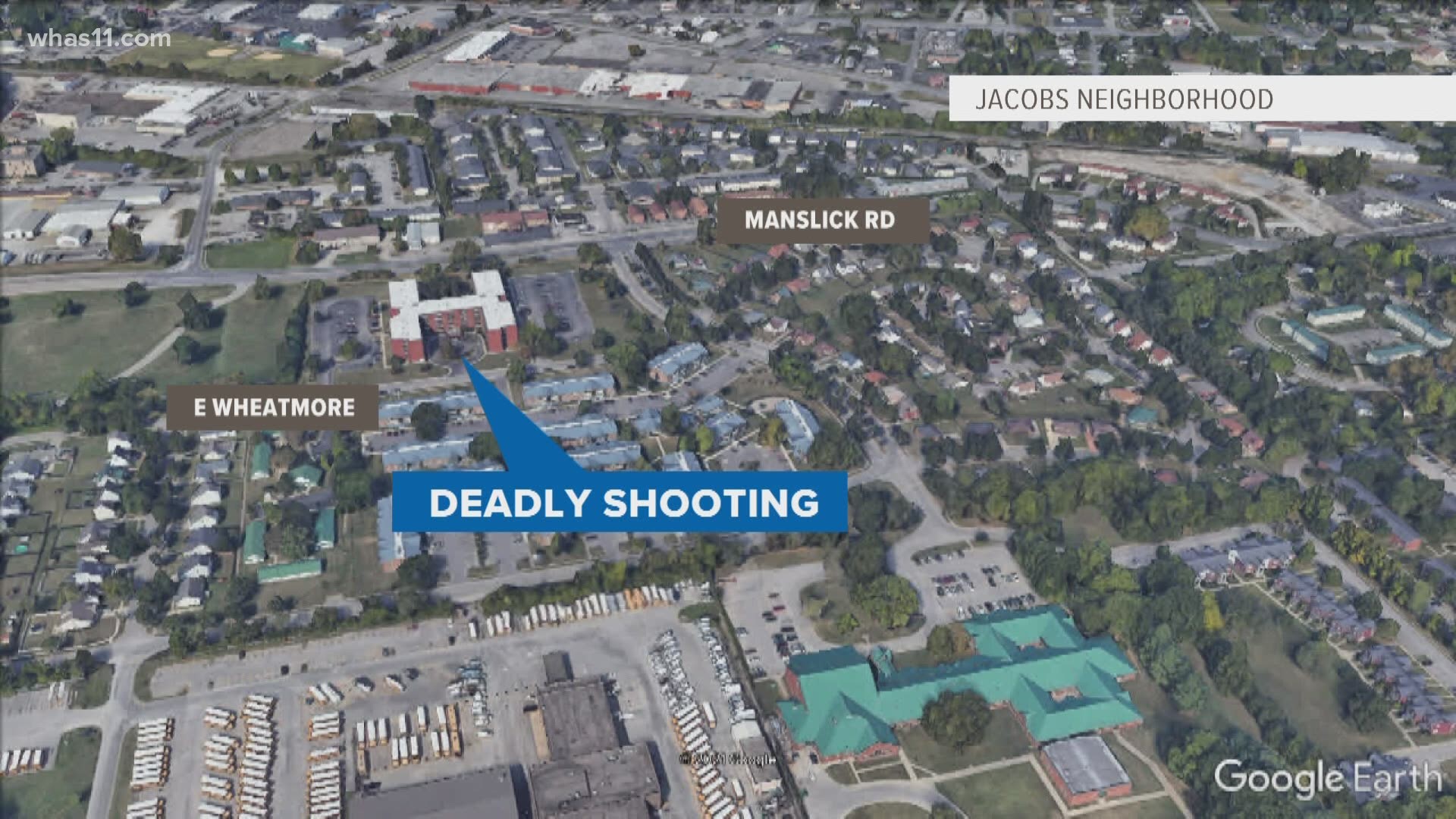 LOUISVILLE, Ky. — Louisville Metro Police (LMPD) are investigating after a man was shot and killed overnight in the Jacobs neighborhood.

According to LMPD spokesperson Alicia Smiley, officers responded to a report of a shooting in the 3700 block of East Wheatmore Drive near Manslick Rd. around 12:30 a.m. on Feb. 19

The LMPD Homicide Unit is handling the investigation and they do not have any suspects at this time. If anyone has any information, they are urged to call the anonymous tip line at 574-LMPD (5673).