Police are investigating after a home invasion in Fairdale Wednesday morning. 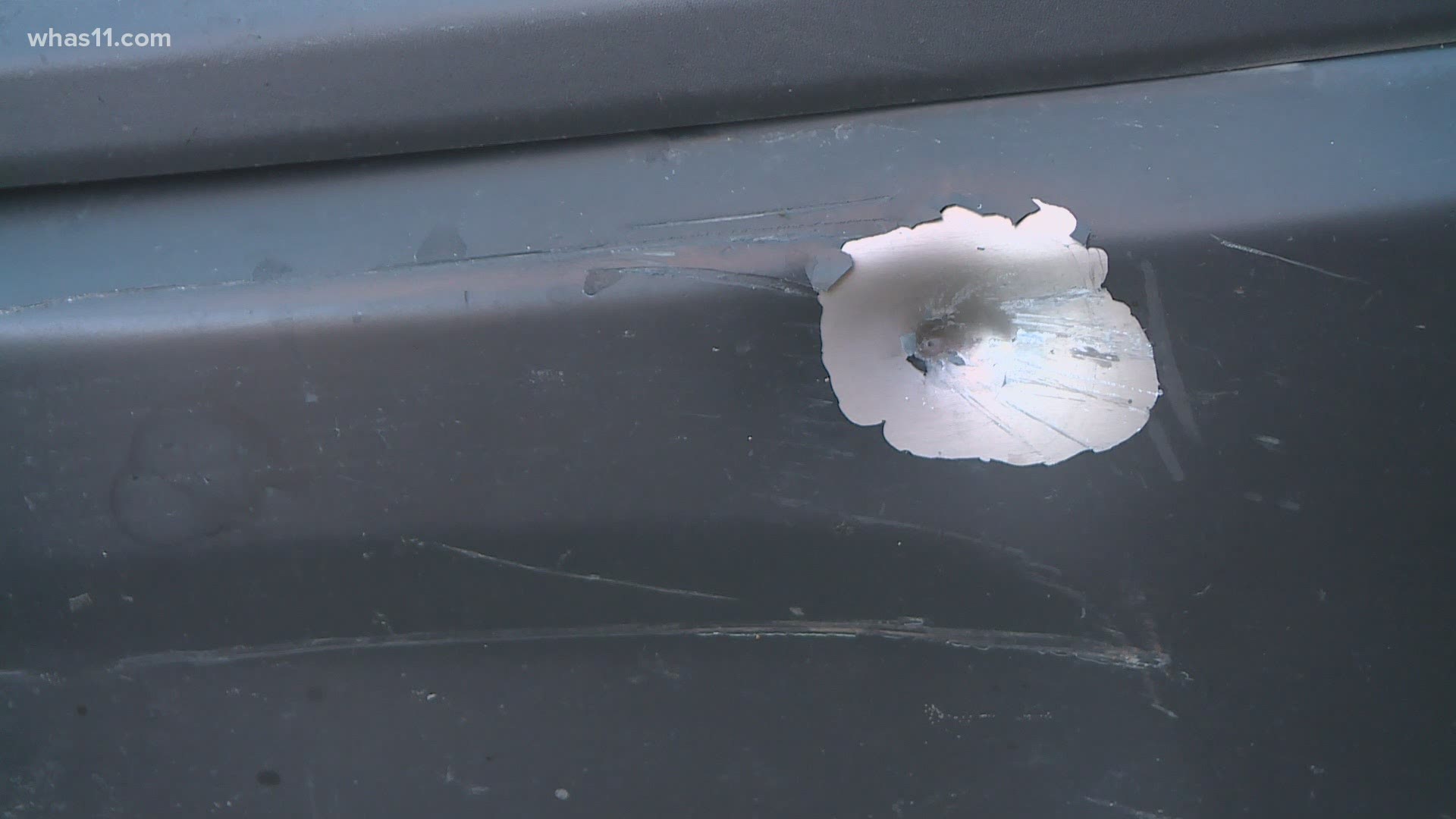 LOUISVILLE, Ky. — Bullets flew in Fairdale early Wednesday morning after reports of a home invasion, according to police.

It happened in the 9500 block of Pirouette Avenue around 2 a.m.

Multiple people broke into the home, according to LMPD. There were no serious injuries.

“My wife was standing in the living room in tears, peeking out the window. I said,'What happened? What happened?' she said, 'They're out there shooting a gun,'” said Brian Shirley, who said the gunfire woke him up.

His truck was on the street and hit by one of the bullets.

“It's a scary situation, what we got to deal with,” he explained.

Shirley talked to his neighbor who he believed was targeted later Wednesday morning and described what his neighbor had to say.

“He said they were wearing black, they had toboggans on their head, they were masked up, trying to come in his house.”

Shirley has lived in the neighborhood for more than a decade and said he would usually leave doors unlocked. That changes now.

“Everybody needs to start being safe because look what's happening to us.”