Toddler in hospital after hit-and-run; Mother asking driver to turn self in

"I was put on here on this earth to protect him and at that moment I couldn’t protect him." Two-year-old Lincoln was struck by a wrong-way driver on Iverness Avenue. 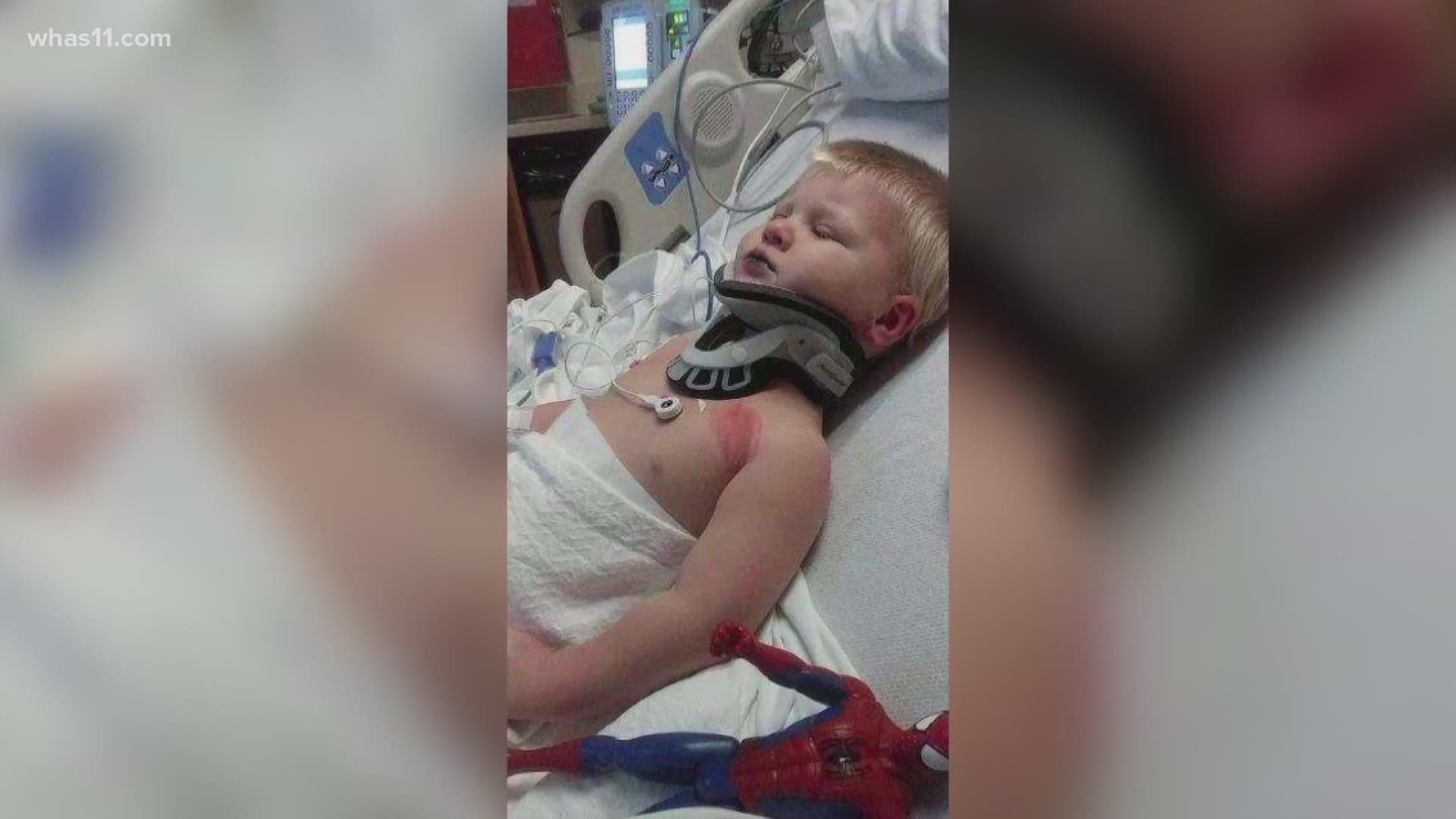 LOUISVILLE, Ky. — A mother's worst nightmare came true on Wednesday for Makayla O'Bryan. Her two-year-old son, Lincoln, was struck by a wrong-way driver in her neighborhood.

O'Bryan said a lifted white pick-up was driving down the wrong way in her neighborhood on Iverness Avenue, when she was getting ready to take out the trash.

As truck drove past her house, that's when she say she and her son were separated. She says if she hadn't pulled him back when she did, he may have been completely ran over.

"When it happened I just didn't know if I was going to be able to hold my two year old again," she said. "Lincoln was holding my hand on the way of taking the trash out and some how missed me and struck him."

She says she doesn't believe the driver knew they hit a child until she picked her son up. O'Bryan said the driver stopped for a moment as she cried for help but kept driving, fleeing the scene.

"I was put on here on this earth to protect and at that moment, I couldn't protect him," O'Bryan said. "My only concern is that he turns himself in and that it wont happen to anyone else."

Lincoln is slowly recovering at the Norton Children's Hospital.

O'Bryan says she's not the first person to complain about speeding in her neighborhood but that she hopes to be the last. She's spoken with city officials to put speed bumps down.

LMPD is currently investigating the matter.