Bush was looking at the death penalty. Instead, he will spend the rest of his life behind bars with no opportunity for parole. 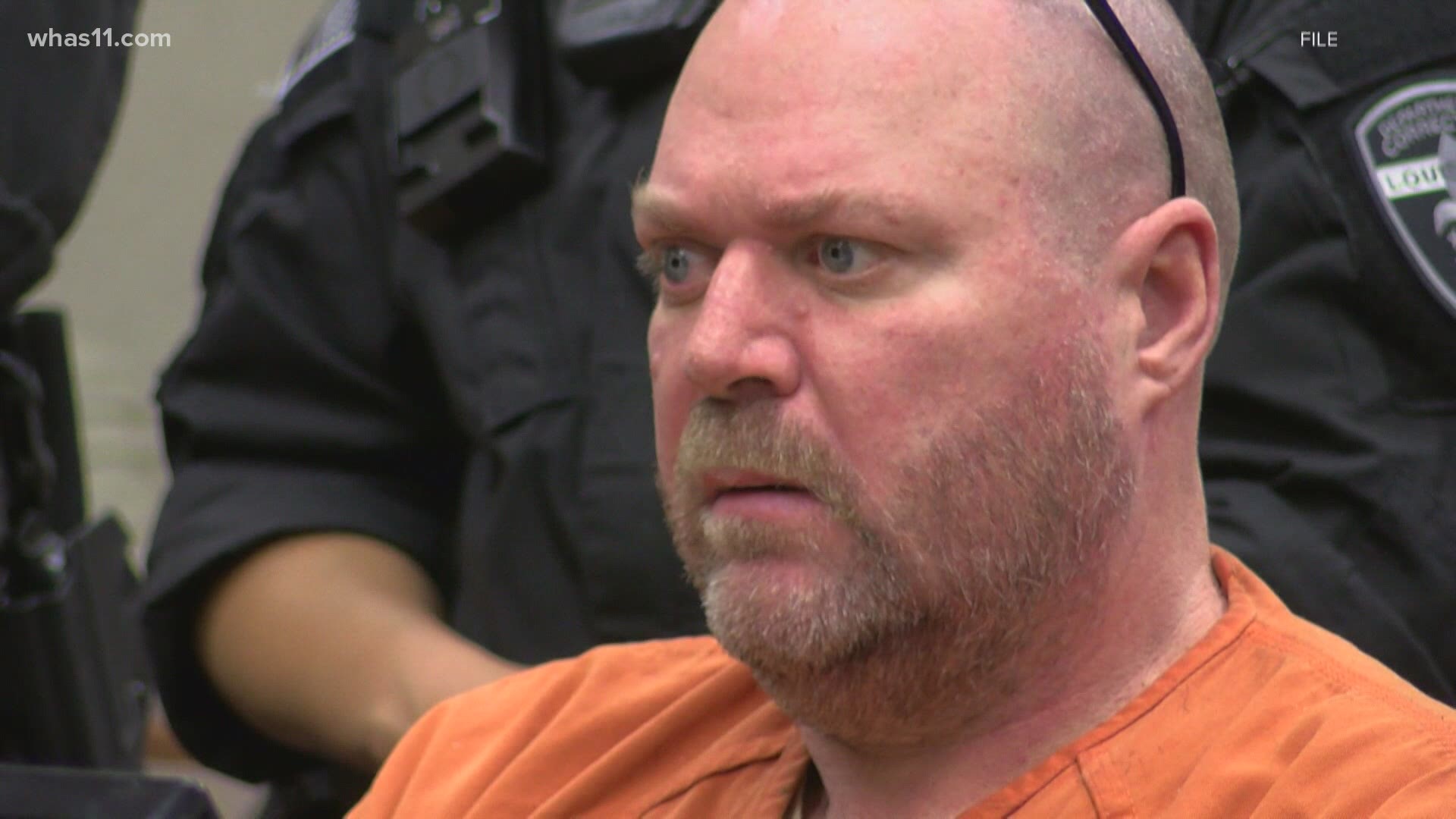 LOUISVILLE, Ky. — The Louisville man who was accused of targeting and killing two Black shoppers at a grocery store two years ago has officially changed his plea.

Gregory Bush was looking at the death penalty. Instead, he will spend the rest of his life behind bars with no opportunity for parole.

Bush went before Judge Annie O'Connell and changed his not guilty plea to guilty, but mentally ill, for the murders of Maurice Stallard and Vickie Jones, in October 2018.

Bush was charged with murder, attempted murder and wanton endangerment  in that deadly shooting at the Kroger in Jeffersontown.

Prior to the murders, police said Bush tried to enter First Baptist Church of Jeffersontown, which is a predominantly Black church.

The families of the victims faced Bush in court with tearful disbelief.

"My work is in fighting hate and discrimination and bias and prejudice, and for you to do what you did is the life struggle of my career. I can't even contemplate. You have no idea," said Kellie Watson, the daughter of Maurice Stallard.

Stallard wife, Charlotte, also spoke Tuesday, saying, "To follow them into a store and decide to take their lives or take his life and scare my grandchild to death. I just don't understand that. It just can't be the color of their skin. To me you need more than that. You can't hate someone that much just for the color of their skin."

Bush was also facing federal hate crime charges. Those charges are two counts of "shooting and killing two victims based on their race," as well as "one count of attempting to shoot a victim based on race." On February 18 he is scheduled to plead guilty as well in U.S. District Court on those charges.

"She never knew this man, knew you. She never had anything to do with Mr. Bush and for him to gun her down like she was a nobody, just because the color of her skin," said Jones' aunt.

According to court documents, in exchange, former U.S. Attorney General William Barr directed the United States not to pursue the death penalty.