Authorities says suspects in a stolen truck led them through Grayson and Breckinridge Counties on Tuesday. 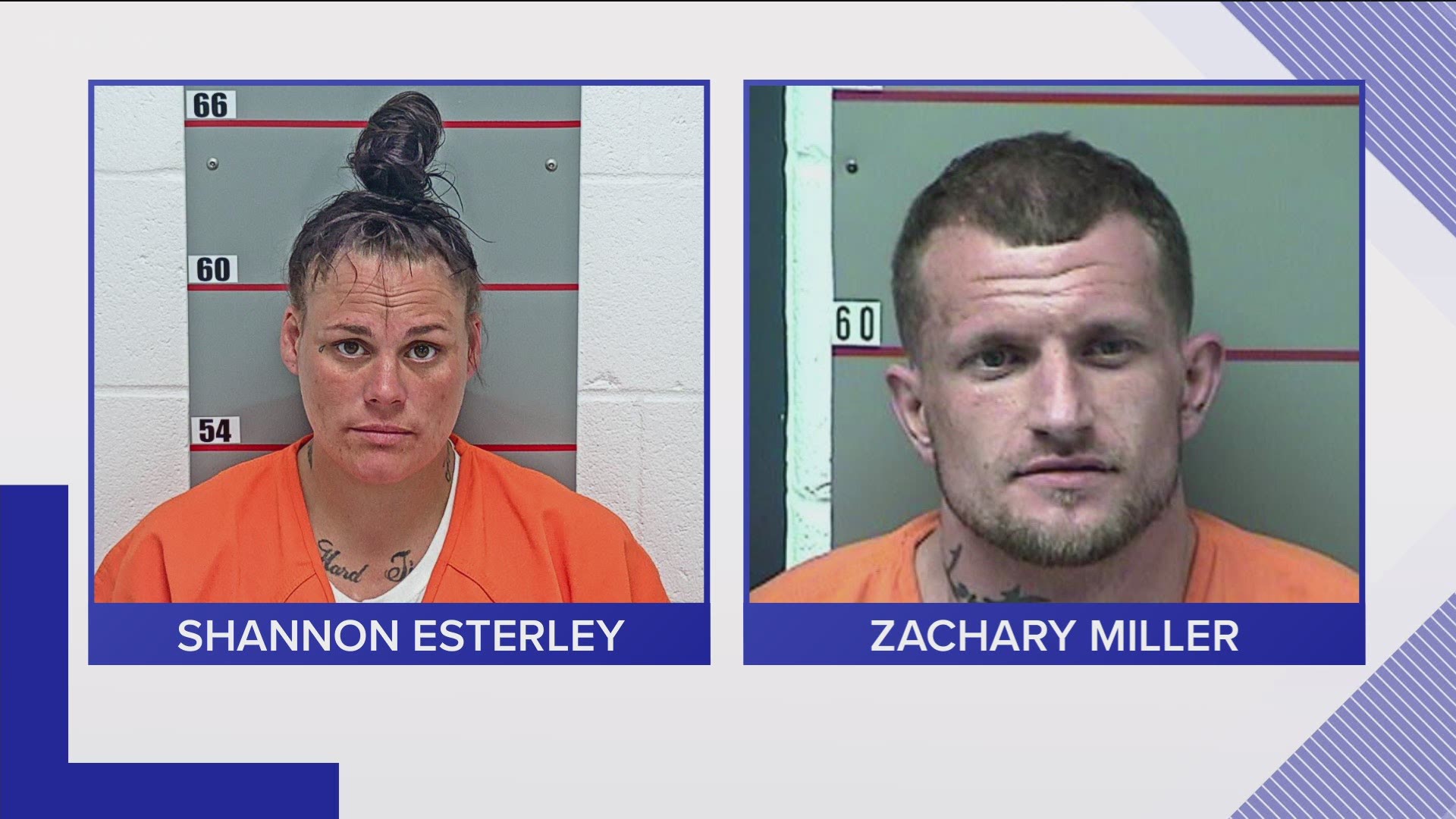 LEITCHFIELD, Ky. — A chase through two southern Kentucky counties ended with the arrests of two suspects.

According to a news release from the Grayson County Sheriff, the incident started near Peonia after deputies were told to be on the lookout for a truck pulling a camper.

When deputies tried to stop the truck, investigators said the driver sped off, leading police on a pursuit through Leitchfield and into Breckinridge County.

During that time, items were allegedly thrown from the windows.

Police said they finally stopped the truck in Harned.

“The passenger actually came out first, from the driver’s side and he pushed her out and when he pushed her out, he held a gun to her head and was threatening to kill her, thinking we would just back off,” Sheriff Norman Chaffins said.

Once the two suspects, Shannon Esterley and Zach Miller were in custody, officers said they found drugs inside the vehicle.

The gun and camper were both reported as stolen.

Police said Miller also had several warrants in other counties.