Rashawn Smith, 20, was arrested Sunday and charged with dissemination of information relating to terroristic acts. 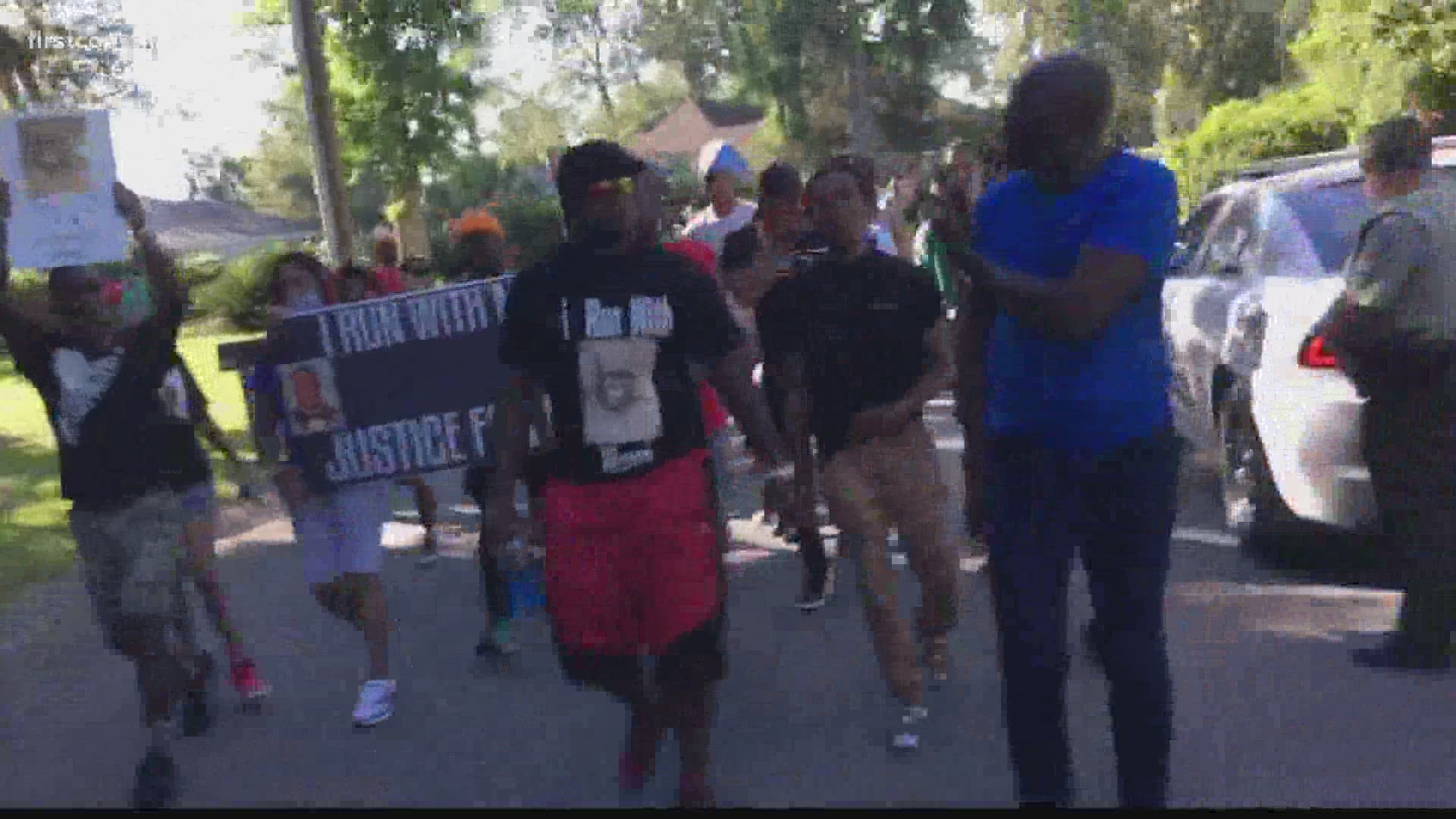 BRUNSWICK, Ga. — The Georgia Bureau of Investigation has arrested a suspect in connection to a threat made against future protests related to the shooting death of Ahmaud Arbery.

The news comes two days after hundreds of people gathered in front of the Glynn County courthouse, calling for justice in Ahmaud Arbery's death. They protested outside as Gregory McMichael and Travis McMichael's first appearance before a judge was ongoing inside via video conference from the Glynn County jail.

"We're expecting the cowards to come out now. I think they’re afraid of what we’re trying to get to. They see everybody coming together, young, old, white, black. That’s different than the approach they came up with that’s now fading away. We’re now moving towards something bigger and better, so I think they’re trying to put a fear tactic together," Riddle said.

Riddle said he and the other organizers are taking the threat seriously.

Riddle said they're meeting this week to decide what steps to take next as far as future protests and safety measures.

"We want to make sure the message is getting heard without jeopardizing people's safety," Riddle said.

"This is the work of some cowards, and we're dealing with some cowards right now, but they're not going to stop us," he said.

Both of the McMichaels are charged with murder and aggravated assault in Arbery's death. A video released to the public Tuesday shows the circumstances surrounding the shooting.

Protesters were calling for the justice system to do its job in the investigation, which many say has taken too long to result in the arrests of both McMichael men, weeks after Arbery died.

Two months went by with no arrests when the case was in the hands of Brunswick DA Jackie Johnson and the Glynn County Police Department.

Thursday, the GBI said it took the agency two days to find probable cause for an arrest, after gathering files, interviews and other details surrounding the case.

An arrest warrant that First Coast News obtained Friday confirms some of the facts.

The warrant states that Travis McMichael shot and killed Ahmaud Arbery, and it says that Greg McMichael, Travis’ father aided and abetted his son in the commission of this crime.