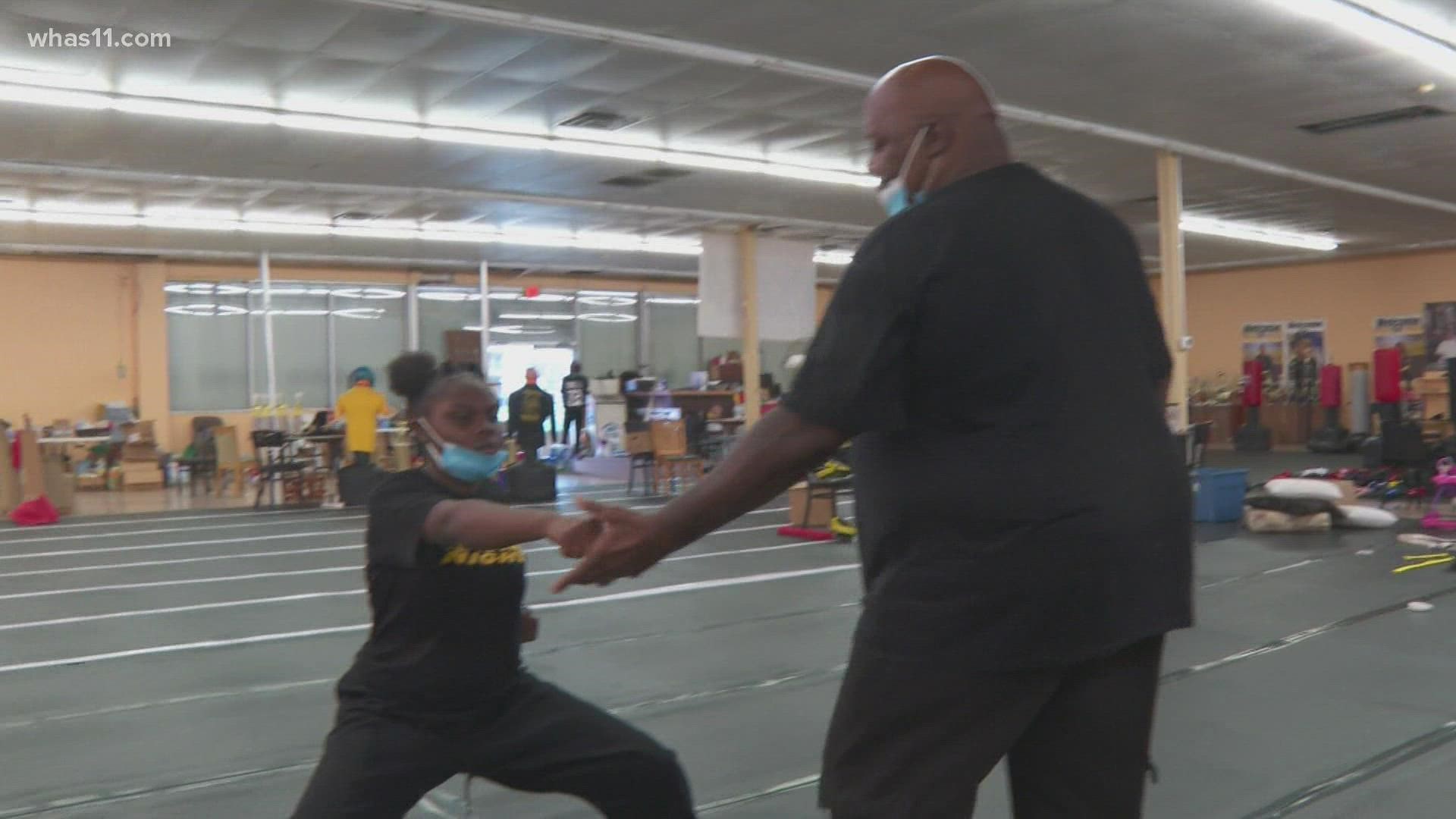 LOUISVILLE, Ky. — A JCPS student has died after a drive-by shooting at a Louisville bus stop Wednesday morning. Louisville Metro Police said someone in a vehicle drove by the bus stop at W.J. Hodge and Chestnut Street and opened fire, hitting three students.

Community leaders said the growing violence comes down to a matter of resources. Some groups that work directly with Louisville's kids said money is going to the wrong places.

Discipline, accountability and self respect are the weapons Grand Master Khalid Raheem teaches students at his Parkland dojo to use.

The Arabian Federation Martial Arts Academy is a place for karate students to learn new skills, and to put in the work.

Beyond the mat, student can come there for food, clothes and a space to do school work. It's a haven to help keep Raheem's students away from the growing violence in the city.

"We have access to these kids, we know these kids by name that's packing these pistols, that's standing on the corner," Raheem said.

After Wednesday's shooting, city leaders pointed to resources, and where they're going, as part of the problem.

"It shouldn't take from 2012 to this budget cycle to full fund an office that is dedicated to preventing violence," Metro Councilman Jecorey Arthur (D-4) said.

Leaders from the Office of Safe and Healthy Neighborhoods said their response teams will deal with the aftermath and future intervention.

“Are you involved in building power with community, because the more people you have the more power you have," Arthur said.

At the dojo, Raheem said groups like his are trying to prevent even more heartbreak.

"It doesn't make me angry, it makes me more disappointed," he said.

Results and widespread impact take money, something they don't have a lot of. Raheem wants to see funding directed away from large city groups, and down to the roots.

"Everybody comes down from everywhere else and promise these kids hope and resources and they give them nothing," he said.

During the pandemic, Raheem has been letting students come to the dojo to complete virtual lessons.