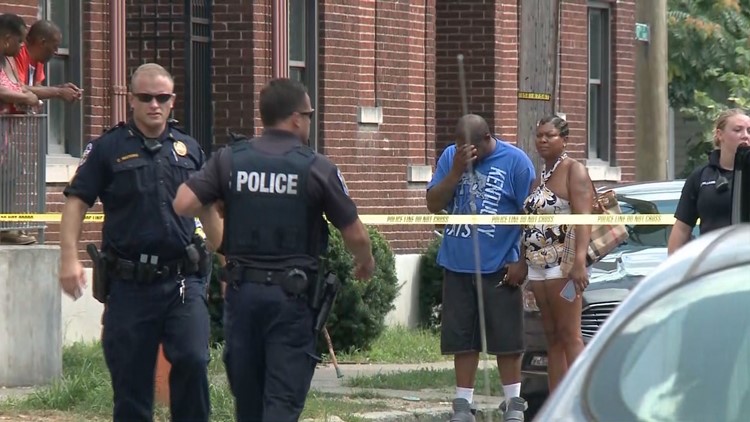 LOUISVILLE, Ky. (WHAS11) – Metro Police are investigating a homicide after two bodies were found just days after a man was shot to death in the same area.

Police were called to the St. William Apartments in the 1100 block of South 17th Street around 3:45 p.m. Sunday.

This latest homicide is not too far from Wheatley Elementary School.

According to LMPD spokeswoman Alicia Smiley, the original report came in as two people down inside an apartment. Upon arrival, officers found a man in his 60’s and a woman believed to be in her 30’s dead inside that apartment. They don’t believe the bodies have been there for more than 24 hours.

Police are unclear of the relationship of the two and said although it is an ongoing investigation, they do know the two died by “unnatural means”.

Smiley didn’t rule out if gunshots were contributing factors to their death but said an autopsy will be conducted to determine how the man and woman died.

Police could not determine if Thursday’s shooting near the same location was related to these deaths.

Jermaine Thompson, 32, was found with multiple gunshot wounds and later died at the hospital.

Police have not identified the man and woman in this latest incident.

If you have any information that could help police, you are asked to call the Anonymous Tip Line at 574-LMPD.

The Homicide Unit is handling this investigation.