LMPD 'one critical conversation away' from solving 2003 murder of pregnant young mother, asks for community's help

Raquel "Kelly" Jackson was brutally murdered inside her home. Seventeen years later, the family of the 22-year-old is still searching for answers. 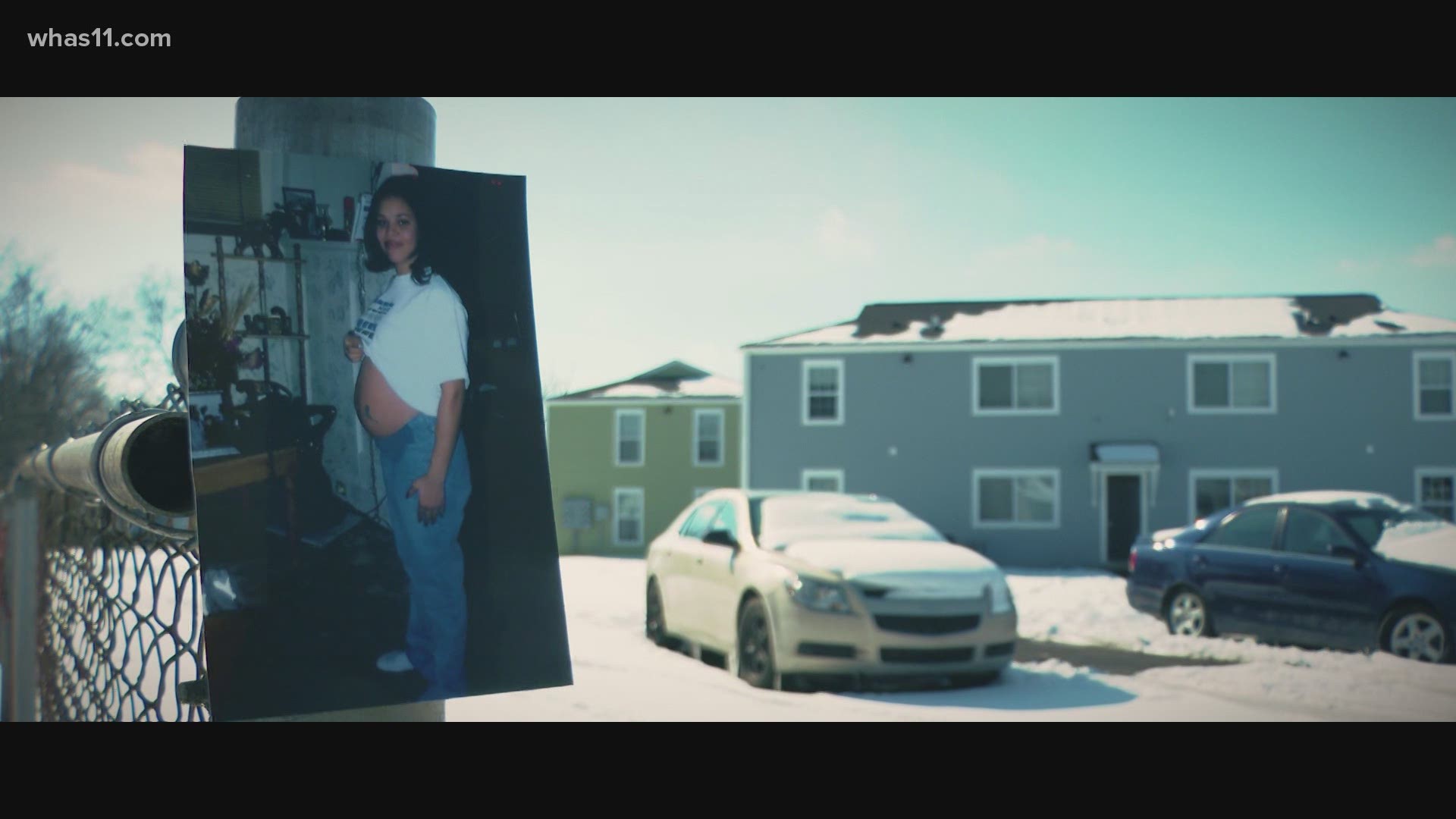 Officers were called to the Arcadia Apartments on Phyllis Ave. when a neighbor discovered Jackson April 5, 2003.

Her sister, Macia, said she talked to her earlier that week, and knew she had a doctor’s appointment on Barrett Avenue the morning of April 4.

From there, Marcia said Jackson went to her cousin’s house, and then to work at Big Hopps restaurant in downtown Louisville, though she left early because it was slow.

"The last time that we can sort of account for Kelly Jackson is some time on Friday evening, and then she isn't heard from again,” said LMPD Sergeant John Bradley, who has been briefed on the case.

Jackson was only 22 at the time of her murder and is remembered by family members for her kind smile and heart.

"She just lit up a room when she walked in," Marcia said. "She would always try to see the good in people."

Macia said she was in disbelief when she first heard the news, something she feels nearly 18 years later.

Investigators in the case are still trying to piece together that day. Her sister said she was invited back to her cousin's house for dinner on Friday, but never called and never showed up.

The following night, one of her neighbors noticed that her door was open. When police arrived, they found her dead. Police said she was 'brutally murdered with a number of injuries.' Her sister told WHAS11 News she was stabbed multiple times, and fought.

Police do not know if someone forced their way into her home.

"It's a case of a young mother, a pregnant mother at that, seemingly a wonderful person... and for no reason at all she was brutally murdered inside her home," Bradley said.

Macia mentioned an ex-boyfriend that Jackson had at the time. She sent WHAS 11 News a copy of at least one Emergency Protective Order (EPO) filed against the ex, that expired in February 2003, two months before her murder.

"I know they had broken up, and he had broken into their house," Macia said. "I know her and her ex boyfriend, they did argue a lot."

When asked by WHAS 11 News about how that's played into the investigation, Bradley said:

"Looking into people who are associated with the victim is part of the investigation, and we do have a number of people who are persons of interest, as we like to call them... now whether they rise to the level of suspect or prime suspect, we're really not at a place to say at this point," Bradley said.

For now, Macia is forced to face the emptiness of losing her loved one, but continues to have faith and fight for the truth.

"It's still here, everyday," Macia said. "Seventeen years, I'll fight for another 17 years to keep talking about it."

Police suggest they are close in cracking the case, but need the community to step up.

"We know that there is someone who has a very vital piece of information we need in order to clear this case and bring clarity to the family," Bradley said. "Come forward to us, if you would, with the information."

Macia and her family clamor for that clarity, and want to prevent this heartbreak from happening to others.

"I know I will never bring my sister back," Marcia said, "I want to save somebody else in the community, somebody else's family from going through this pain."

Do you remember seeing Raquel Jackson on April 4?