The December shooting took place in the busy intersection of Bluegrass and Blankenbaker Parkway, now police are seeking the public's help. 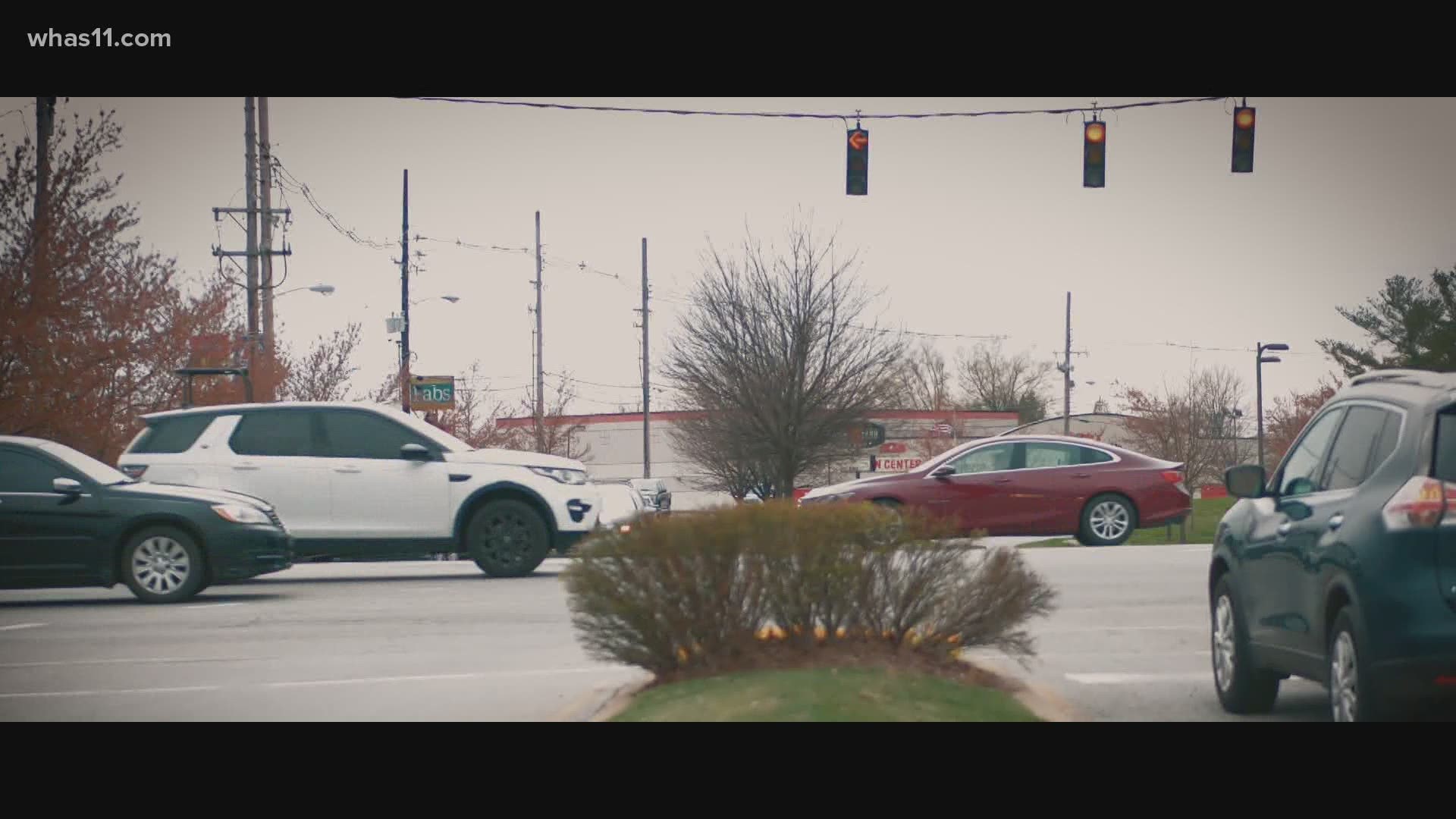 Close to five months have passed since an innocent business owner was caught in the crossfire as two drivers exchanged gunshots at a busy intersection in Jeffersontown.

The case has been a top priority for Jeffersontown Police, with Detective Daniel Goldberg leading the investigation since stepping behind the crime tape that early December morning.

"A shooting...which is pretty rare in J-Town," Goldberg said.

Goldberg said two drivers began shooting at one another at the intersection of Bluegrass and Blankenbaker Parkway.

"So, we have three cars in a horizontal line and a car in the back directly behind a middle car," Goldberg said. "The car at the far right of the traffic light started shooting from right to left. The car on the far left returned fire after being shot at."

A local business owner leaving work was shot in the chest. He survived the shooting.

"His vehicle was hit multiple times though, so he's a very lucky man," Goldberg said.

Police know where the bullets came from, but the most pressing question of the investigation remains — who fired the gun?

Goldberg said there is little evidence in the case as there was no surveillance video of the incident. Police have been working with an eyewitness, who was able to give a description of the car.

"We believe it to be a black vehicle, more than likely a sedan, possibly with a moon or sun roof, shooting from right to left, that's all we really have," Goldberg said.

The detective believes the shooting was gang-related and that the shooters likely knew each other. But it was a bystander caught in the crossfire and injured.

"I don't want it to happen to anybody...anybody getting shot, but especially with this," Goldberg said. "This man had nothing to do with whatever qualms was going between the two parties."

As the investigation continues, Goldberg is hoping someone with information will step forward to put the shooter away.

"I need anything — even if it's just a little, small, anonymous tip," Goldberg said. "It might not be important, but it might be important."

Were you at that intersection Dec. 22, 2020? Do you know anything about that black sedan?