Police are looking for two men caught on surveillance video, accused of robbing a number of businesses in the Radcliff area for over a month. 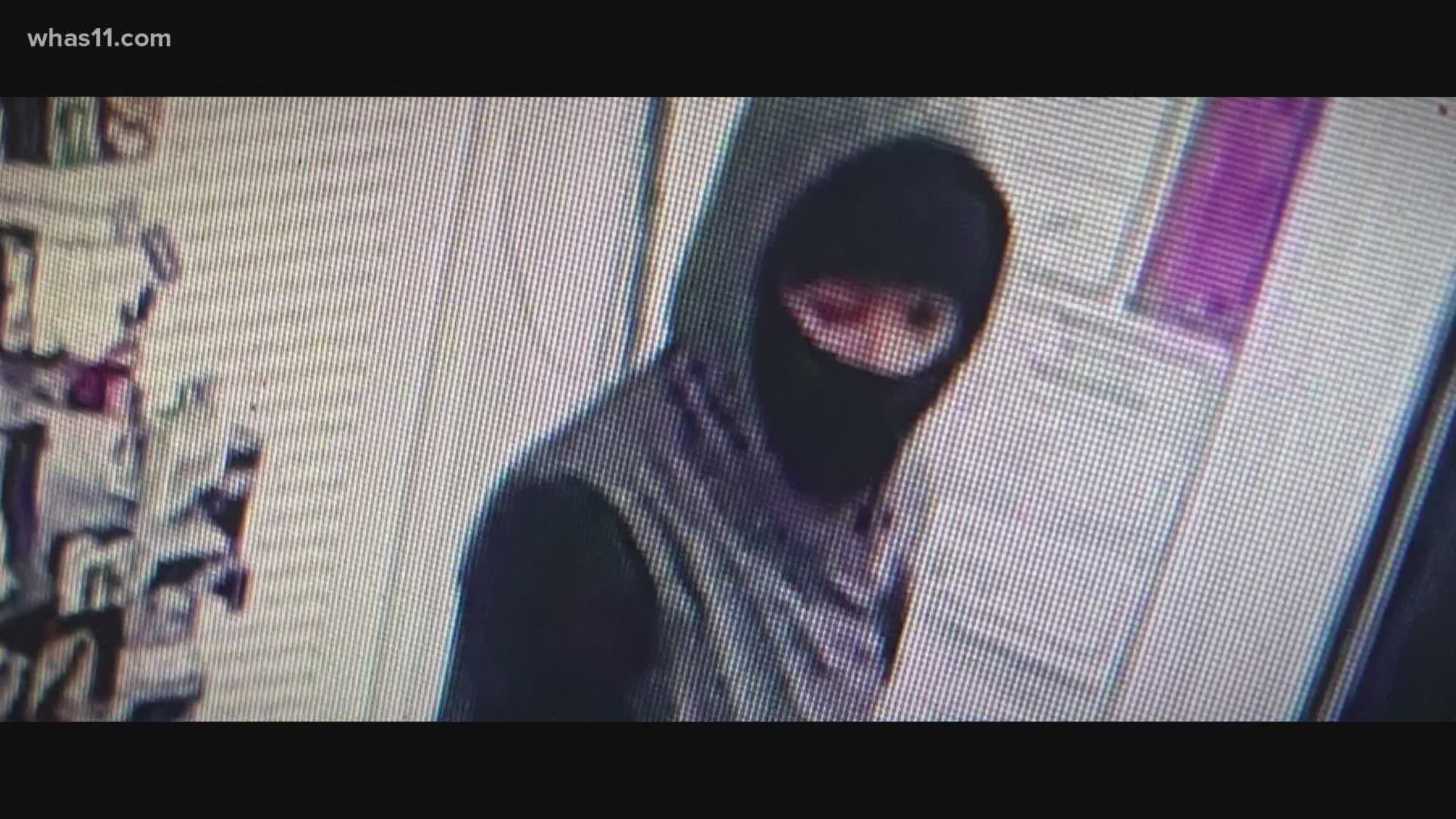 RADCLIFF, Ky. — Radcliff police are looking for two suspects after a month-long string of armed robberies that detectives believe are connected.

Officials believe the men are responsible for at least five armed robberies in the area between February 2 and March 2.

The most recent happened at the Brook’s Express on Lincoln Trail Boulevard. Surveillance video provided by police shows two men wearing masks and one armed with a gun heading towards the register. One suspect points a gun at an employee while the other grabs the money.

“They're going for the quick cash, in and out as quickly as they can do it,” Radcliff Police Department’s Lt. Brian Davis said. “These guys are just very aggressive, obviously. We have to deal with them and we're doing the best we can.”

A week earlier on February 21st, police believe the same two men were involved in an armed robbery at the Radcliff Applebee’s.

“A lady was taking garbage out to the trash bin when they confronted her outside in the back,” Davis said.

They were led by employees with their hands up to an office space where one suspect put a gun in another employee’s face before the cash was handed over.

“They got away with one, then the second, then the third, now they're up to five,” said Lt. Davis.

Police said the suspects are wearing similar clothes, have “basically the same MO,” and one of the suspects is believed to be carrying the same gun in all five armed robberies. It has a teal color and a stainless steel/black slide.

Surveillance video from the first two cases only showed one suspect. Two suspects were reported in the latest three. They are wearing gloves and ski masks that cover their entire face, which makes them hard to identify.

“It's horribly frustrating, these guys, obviously they're dangerous,” Davis said. “It's hard to say at what point they're going to do something really, really that they'll regret.”

RELATED: Police search for suspects in string of armed robberies in Radcliff

The Radcliff Police Department said solving these armed robberies is their top priority, and are asking businesses to be careful during closing time, and to keep their security cameras rolling.

Davis said he is expecting the same suspects to potentially strike again in the area.

"We've got officers out... the potential is certainly there," Davis said. "If you see anything unusual call the police right away."

Are you familiar with these two men accused of robbing several businesses in the Radcliff area? Do you recognize what they are wearing, the gun used, or know someone that was in the area between those Feb. 2 and March 2 robberies?