Two friends and Elizabethtown locals, Jason Walker and Joshua West, were found shot inside of a car that had been set on fire in November 1998. 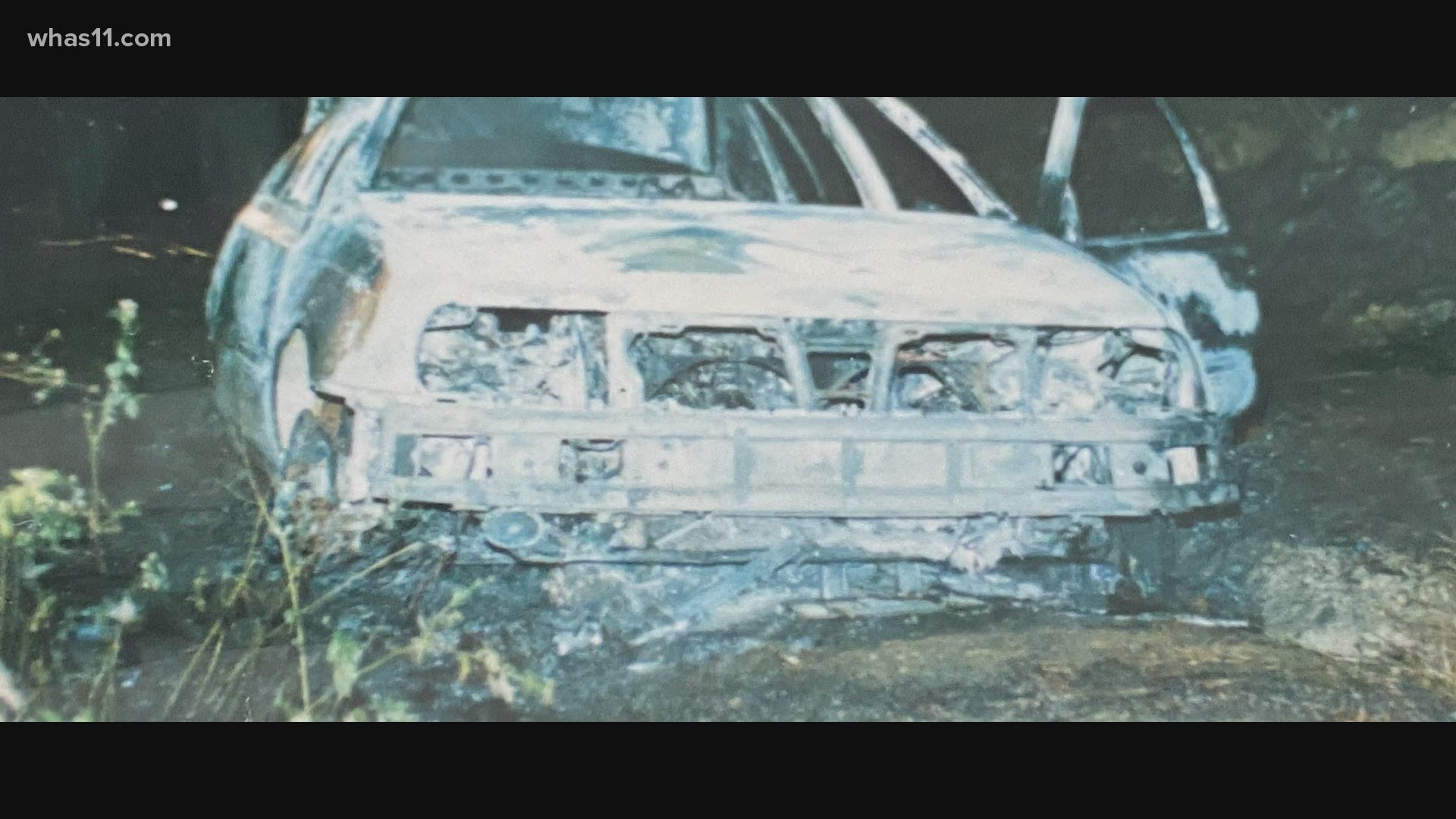 ELIZABETHTOWN, Ky. — Elizabethtown Police are still looking for those responsible for a double murder that happened more than 20 years ago.

On November 16, 1998, an officer was flagged down after midnight by a neighbor, who said there was a car on fire down a gravel road off of Nicholas Street.

After putting out the fire, officers found two men shot inside the car. The men were later identified as 23-year-old Joshua West and 24-year-old Jason Walker.

The case has troubled officers in Elizabethtown for nearly 23 years. Officer Chris Denham, and every detective with the Elizabethtown Police Department has reviewed the boxes of evidence countless times. Still, officials have not been able to solve the case.

The burnt car, which the two men were found in, was a Volkswagen Jetta that belonged to a friend of Walker's. A photo kept by family shows him with the car just two months before his death.

"He did find the Volkswagen Jetta — it was fully involved with flames and it wasn't until that fire was extinguished that the bodies of Mr. Walker and Mr. West were discovered," Denham said, recapping the night of the murder.

The two men were seen together at a local Walmart in Elizabethtown just hours before the car was found on fire.

One photo snapped by investigators first on the scene may point to some clues for detectives.

Denham said the responding officers spent countless hours in the woods before the vehicle was brought back to headquarters. In some evidence photos, the sun is rising.

"Combing through, looking for any evidence that pertained to this case, you can see the sun rising," Denham said.

Additionally, the location of where the car was found may point to more clues.

"Whoever is involved was very familiar with this area — it would've been a fluke for it to have been found by mistake," Denham said.

While the investigation continues, both Walker's and West's families are hoping for more information on the night.

Joshua West was the youngest of two and his mother, Naomi Alexander, remembers him as a boy who liked to have fun. In addition to being a great son, the 23-year-old was also a father to a nine-month-old baby girl.

"He loved her more than anything," Alexander said.

His daughter, now 23, grew up without her dad —  forced to face the reality of her father's tragic death every day.

"When they had Father's Day and they would ask her, she would say, 'I don't have one,'" Alexander said.

West and Walker were close friends. Walker's uncle, Roy Walker, remembers his nephew as someone with a bright future.

Roy was there to support Walker after his mother died as he took the next steps in his life.

"For us, family has always been very close," Roy said.

"What hurts the most is knowing there are people home who know exactly what happened, people I grew up with," Roy said. "It would mean the world."

The families are begging those with any information to speak up because they know someone has the truth.

"I want them to pay for what they did," Alexander said. "Please come forward- imagine yourself in our place."