Police search for suspects in string of armed robberies in Radcliff

“What we don't want to see is an escalation. An escalation of tactics to the point where someone actually gets hurt, or injured or killed,” said Det. Gonzales. 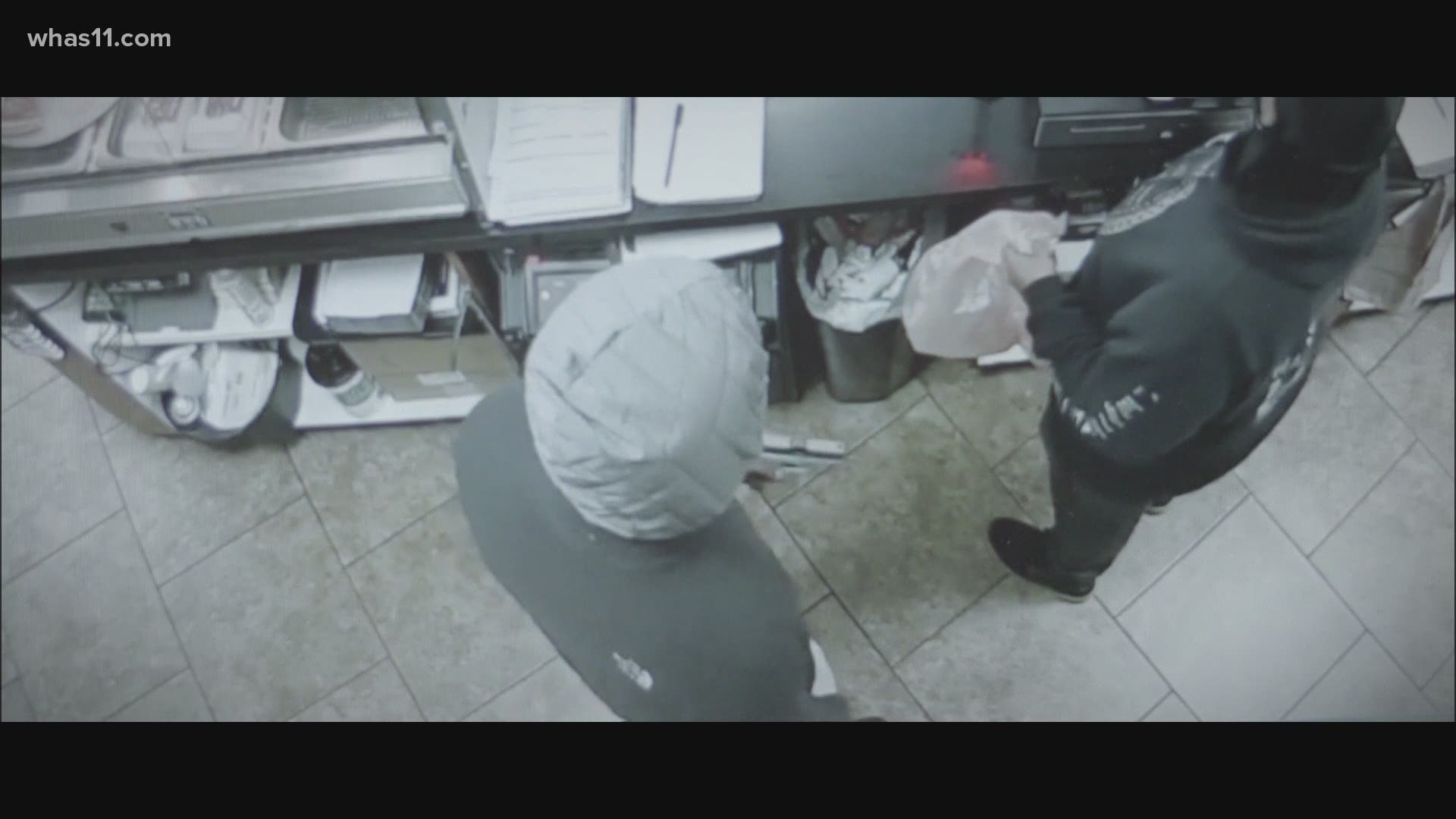 RADCLIFF, Ky. — After getting hit with three armed robberies in less than one week, the small city of Radcliff, Kentucky is looking for answers while police try to determine if they are connected.

The first robbery happened at a liquor store on the morning of February 2. Surveillance video shows a man dressed in dark clothing from head to toe point a gun at the store clerk, forcing her to open the register and place money in a plastic bag. Once he got the money, investigators said he grabbed some cigarillos and left.

Less than 12 hours later, another robbery occurred just a mile away at a Minit Mart. Again, the suspect is captured on surveillance video, wearing grey sweatpants and dark shoes, and forcing an employee to go behind the counter at gunpoint.

During this robbery, investigators said the suspect appears to be in a hurry. He grabs a plastic bag and helps the employee fill it with cash before taking off south down US 31 on foot.

Investigators noted the guns used in both robberies appear to be similar.

“We believe it's some type of Glock pistol. We're not sure what type, but it's got a stainless-steel slot,” explained Det. Gonzales.

The third robbery happened at a Hibbett Sports store, six days later on February 8th. Their surveillance cameras were not able to capture what happened.

Investigators said this robbery was more physical and involved two suspects – one matching the description of the previous armed robberies and another who entered the store just before closing.

Investigators said a store clerk was placed in a headlock and a gun was pointed at his head. A store manager also had a gun placed to her head and was forced to give the suspects money, according to police.

“It alludes to the fact that the perpetrators are emboldened. They're upping the ante in regards to the steps they're taking,” said Det. Gonzales.

While no one has been seriously injured during any of the robberies, investigators are concerned it could get worse if they continue.

“What we don't want to see is an escalation. An escalation of tactics to the point where someone actually gets hurt, or injured or killed,” said Det. Gonzales.

Police believe it is possible the armed robberies are related, and they urge anyone with information to come forward.

“If you know who this might be or have an idea, any kind of hint of who this might be, would you want to put your family, your loved ones in that kind of predicament when you know you could've prevented it in the future?” Det. Gonzales said.

Anyone with information is asked to call 582-CLUE. It's always anonymous and if your tip leads to an arrest, you may get up to $1,000.