John Johnson, known as music producer 'RockStar,' was murdered in Dec. 2020. He was set to sign a record deal in Atlanta before his murder, his case is unsolved. 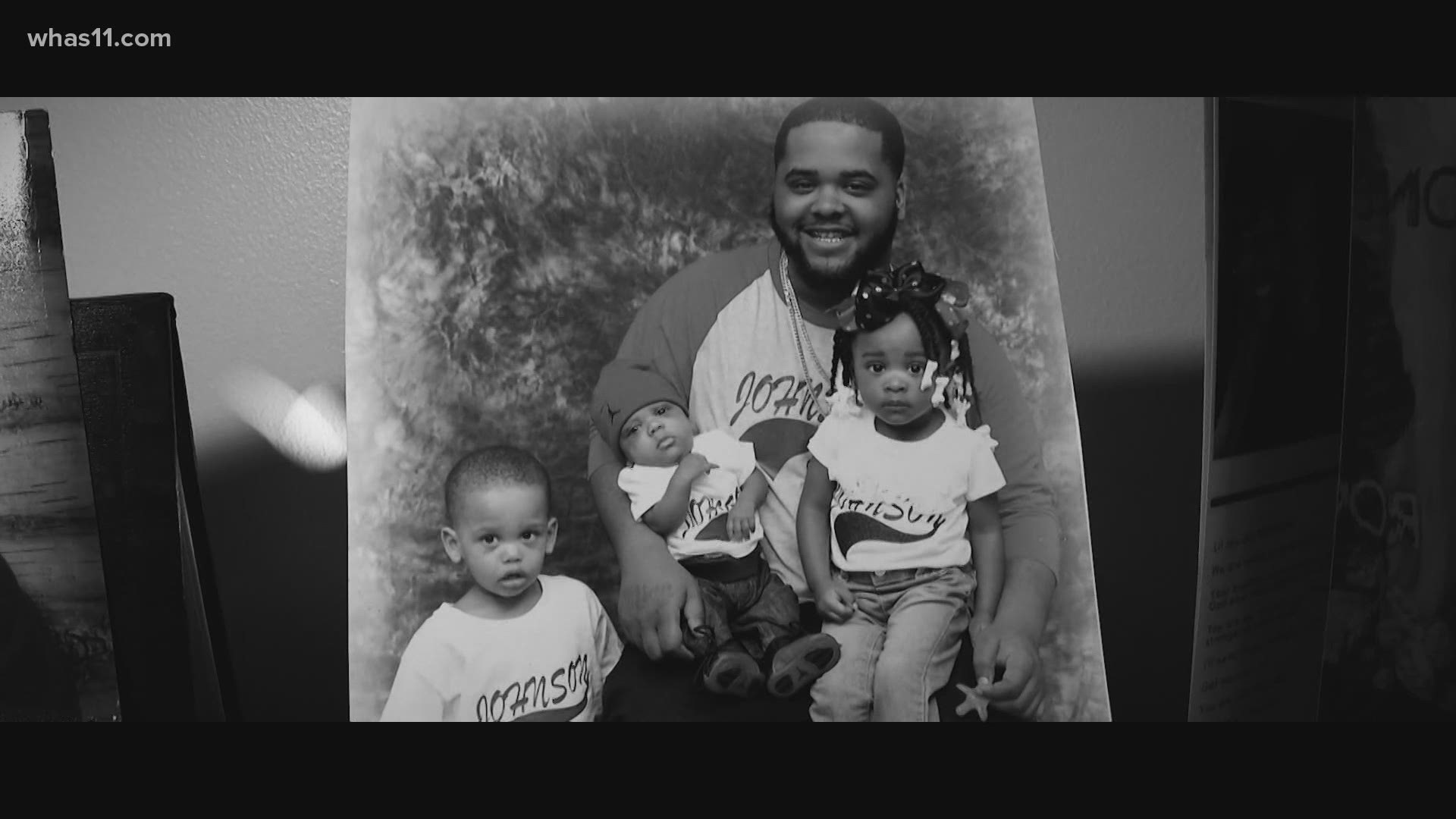 LOUISVILLE, Ky. — One Louisville mother is still seeking answers nearly two months after a double homicide in the Cloverleaf neighborhood.

According to LMPD, officers responded to reports of a shooting in the 1600 block of Gagel Ave. around 5:15 p.m. on Dec. 16, 2020. Two men were found with multiple gunshot wounds and both were pronounced dead on the scene.

One of the victims was identified as 26-year-old John Johnson Jr.

Johnson was visiting his hometown after working as a music producer in Atlanta. His fans knew him as RockStar but to his mother Lakesia Jeffery, he was her 'Little J.'

"I was so proud," Jeffery said. "I'm even more proud now, than I was then. Only because I didn't know how his fans felt about him. They just loved him so much."

Jeffery said her son was set to finalize a record deal in Atlanta on Dec. 28, and was supposed to leave Louisville after staying for a week to prepare for the signing.

"He was leaving that day to go back to Atlanta," Jeffery said. "Before they could leave, it happened. I would never imagine."

While Jeffery was supportive of Johnson achieving his dreams, she lost more than an up-and-coming artist that night. She lost her firstborn son.

"He was just a great, great son and father, he was wonderful, he was," Jeffery said. "He was so wonderful."

When recalling that fateful night in December, Jeffrey said she never believed something may have gone wrong — even when Johnson would not respond to her phone calls.

"I just knew it wasn't my son," Jeffery said. "I'm like, it doesn't have to be something bad every time he doesn't answer his phone."

But once she received a call from the Jefferson County Coroner's Office, her worst fear became true.

"I was so distraught, I couldn't even take the call," Jeffery said.

Johnson and a friend had gone to a convenient store that night. When police arrived, they found the car he was driving. Jeffery said the car was found with over 20 bullet holes riddled the side.

To this day, Jeffrey said the murder of her son doesn't add up.

"I don't know who would be so mad," Jeffery said. "He was in an SUV with no tinted windows with his friend, just going to the store, and someone took his life at the store."

Louisville saw its deadliest year ever with 171 homicides and like Johnson's, many cases remain unsolved.

"Scared or no scared, we have to take a stand in this city because it is out of control," Jeffery said.

Jeffery grieves the death of her 'Little J' every day, but she said she finds some solace in listening to the music that he was passionate about making.

"When I listen to his songs now I think about his life," Jeffery said.

Still, she knows there's no justice until his killer is behind bars.

"Say something, get these people off the streets because you never know, your loved one could be next," Jeffery said.

The double homicide happened in the 1600 block of Gagel Avenue close to two months ago.