'We want to get him off the street' | Police looking to ID suspect after theft turns violent, leaves officer injured

St. Matthews Police need your help identifying a suspect who fled the scene of a catalytic converter theft that left an officer, trying to make an arrest, injured. 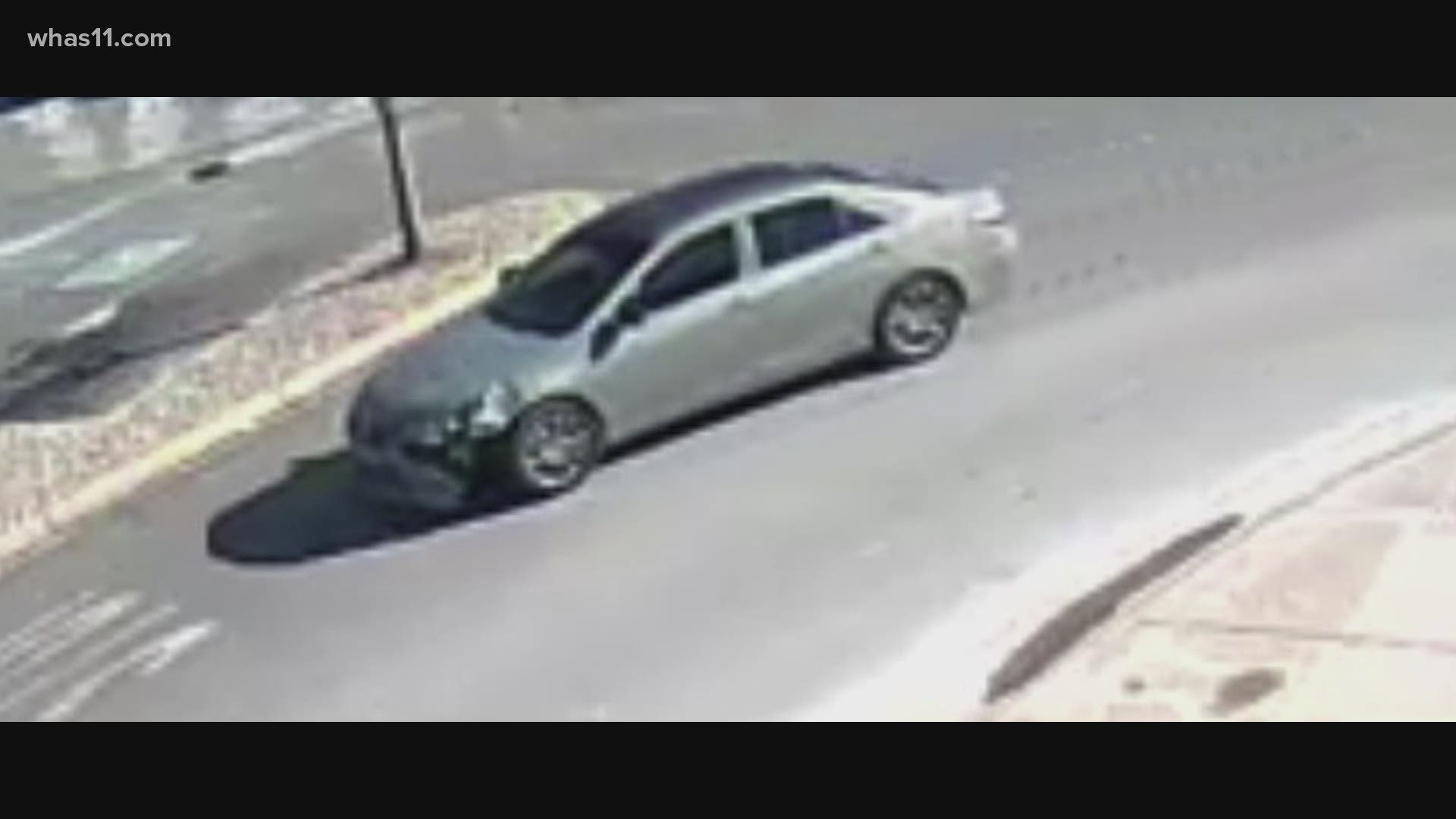 LOUISVILLE, Ky. — Catalytic converter theft cases are on the rise across Louisville as the car part is a target for thieves because of valuable metals like platinum, palladium and rhodium inside.

St. Matthews Police are attempting to identify a man suspected of a catalytic converter theft at a Westport Road Target.

However, this case has more to it than the unfortunate property theft that takes a matter of minutes. A responding officer was injured while trying to arrest the suspect.

The incident happened Feb. 8 as officers were dispatched to the store.

"There was a witness there that saw a man climb underneath a car, thought he was cutting off the catalytic converter on it," St. Matthews Police Major Eddie Jones said.

Jones says the car parts are usually targeted overnight, often in isolated areas. But in this case - the suspect wasn't so unnoticeable.

"It was in the middle of the day, in a busy parking lot," Jones said.

Surveillance video from Target shows an officer running across the parking lot and when the suspect saw the officer coming, he jumped in the car and put it in reverse.

"Our officer grabbed a hold of him, trying to pull him out of the car, to place him under arrest," Jones said. "Our officer was still hanging on the side of the car."

Additional footage from the responding officer's dashboard camera shows the suspect ramming into the police SUV denting the driver side door.

Eventually, the officer is thrown from the car, left with a shoulder injury while the suspect goes over the median and takes off.

"He got to Shelbyville Road, and he drove so recklessly that our officers were never really able to get close enough to him," Jones said.

Police do not have any clear photos of the suspects but know the car he fled the scene in is a newer model grey-colored Toyota Camry with tinted windows. Jones also noted that the front driver side and the bumper have considerable damage.

"If nothing else, if they can recognize the car that will be helpful for us, it'll put at a location in the city that we can start looking at," Jones said.

This suspect is accused of hurting an officer and the damage to a police vehicle. Felony charges are expected if apprehended, police say.

"If he's going to do this to our officer, another officer that may approach this person may be in the same danger," Jones said. "We want to get him off the street."

Were you at that Target on Feb. 8? Have you spotted the Toyota Camry - with dents on the front and back with temporary tags? A tip may lead police to an arrest in this case.