Stephan Faulkner was murdered a week before Thanksgiving in 2016. His mother still recalls the violent night and hopes someone in the community steps forward. 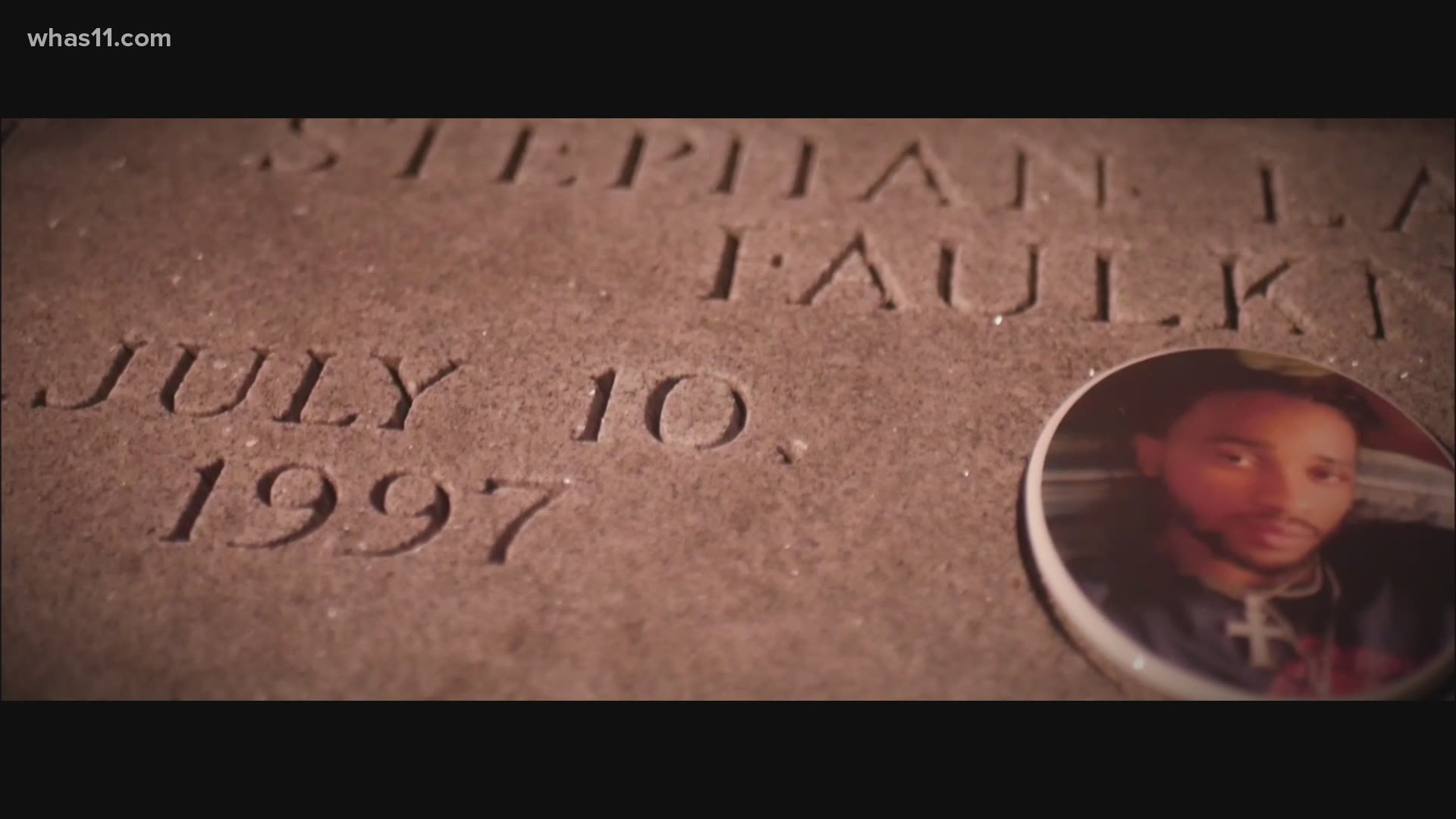 LOUISVILLE, Ky. — Stephan Faulkner was murdered in front of his home a week before Thanksgiving 2016. More than four years later, his case remains unsolved.

At just 19 years old, Faulkner had aspirations of pursuing a career in the music industry, but a violent night in November silenced his soundtrack.

Faulkner had just returned home from a nearby store and was spending time with his brother and friends on the front porch.

His mother, Tracy, was inside the Ratcliffe Avenue home when the sound of gunshots rang out.

"We just heard gunshots just riddling," Tracy said. "I've never heard nothing like it before in my life."

She froze as the bullets blasted through the home.

"You heard him scream, 'Duck,'" Tracy said. "By this time, they're flying in the front door."

Once the sound of several shots subsided, a grim realization set in for Tracy: the possibility of her sons being shot. Tracy said she can still remember the moment vividly.

RELATED: Mother remembers son on his favorite holiday two years after his death

"When I asked where Stephan was, they said he's been hit," Tracy said.

Her youngest son had tied his shirt around Faulkner's head to subdue the bleeding, but Tracy knew it already too late for her eldest son.

"I knew he got hit in the head, mother's instincts," Tracy said. "Detectives and stuff came, I knew he was gone."

Faulkner was rushed to the hospital, where he stayed on life support for two days. It has taken Tracy time to come to terms with her son's death, even four years later.

"The first two years I didn't come out at all," Tracy said. "It gets better, but the pain never goes away...and just missing his presence."

Even through the bitter pain of that fateful night, Tracy said she clings to their last conversation.

In the midst of planning a funeral for him, tragedy struck the Faulkners again. Just two days after the murder of Stephan Faulkner, the home was shot at again.

Tracy soon moved out of her home. It took nearly a year before she found a home she could feel safe in.

"I'm scared, I'm scared, cause I don't know who the killer was," Tracy said. "I watch my back everywhere I go."

Not only did the killers take away the life of her eldest son, they took away her sense of safety. Tracy believes the people who murdered her son are the same who returned to the home two days later.

"They took a lot away from me," Tracy said. "I was numb, everything I worked for...I was homeless, my son was dead, it was terrible. It was a nightmare."

Now, Tracy and her family spend the week before Thanksgiving at Faulkner's grave. The memorial is the closest the Faulkners can be to their loved one.

Still, Tracy has never lost hope that someday soon someone will speak up and give her family the solace they deserve.

Detectives know Faulker was at his home on Ratcliffe Ave. when he was shot and killed in 2016. His mother believes he was likely a target and that there's more than one person responsible.

This case may be cold but it doesn't have to go unsolved. Help this family, and this community feel safe.