Sheriff's officials gave kudos to the "Barron County Bovine Unit" for creating a blockade of sorts that led to the apprehension of a fleeing motorist. 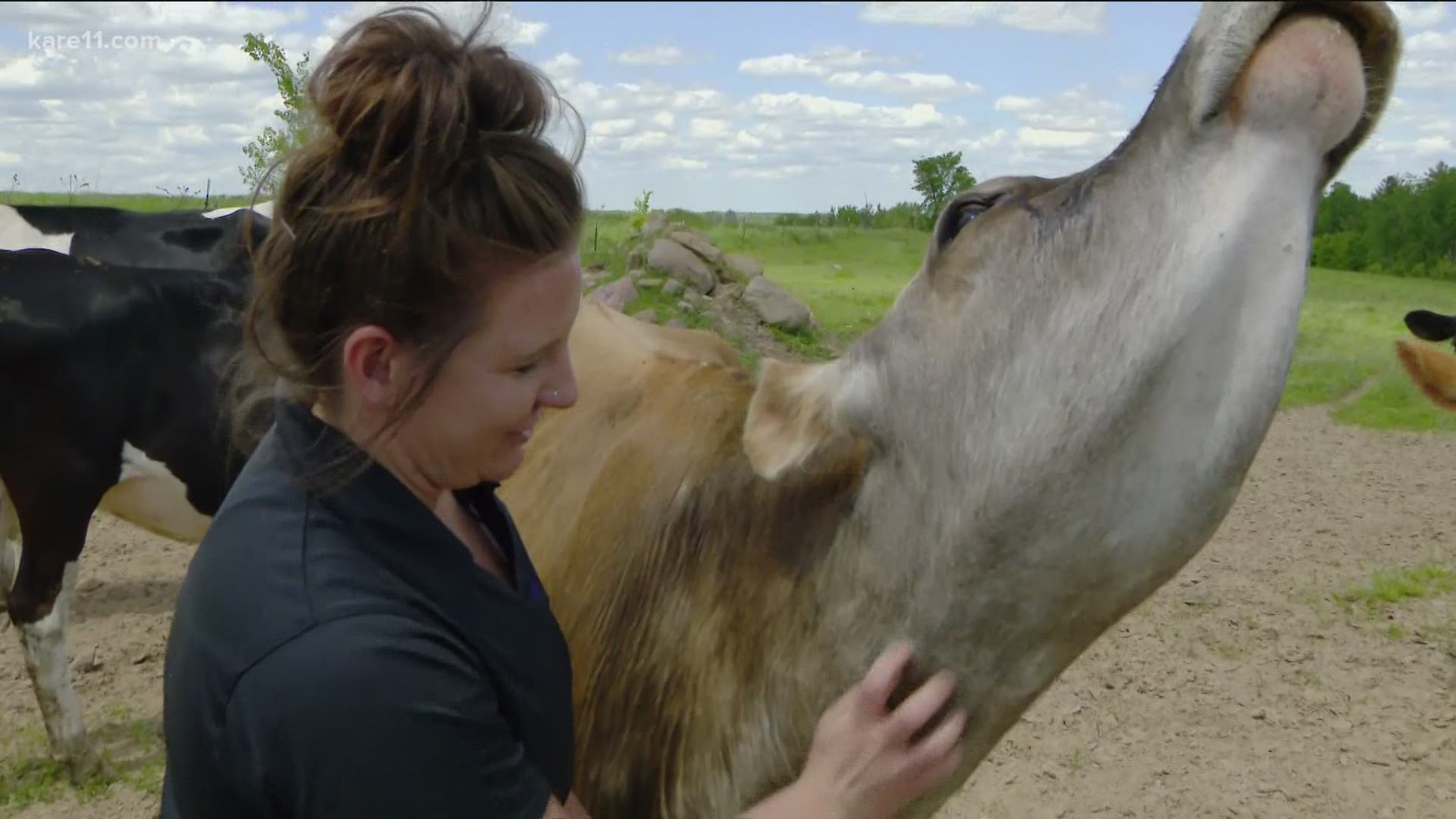 BARRON, Wis. — Dogs have come to play a significant role in the field of law enforcement, helping to track and apprehend suspects when they're on the run.

Move over Fido... you may have some competition.

Sheriff's officials in Barron County, Wisconsin are expressing their appreciation to a bovine herd that played a role in ending a chase Monday night.

In a post on its Facebook page, the Barron County Sheriff's Office described engaging in a 13-mile pursuit, along with local police officers, that led squads from Barron County to Cumberland County. That's where the driver left the road, and was blocked by a herd of cattle that the department half-jokingly referred to as "The Barron County Bovine Unit."

"That little Cavalier that could during the chase ran out of steam encountering this moooving blockade," read the post. "Job well done tonight crew."

An image from the scene shows that the cow crimefighters were extremely interested in the out-of-place vehicle, and were not about to let it go past quietly.

Brandon and Kim Grewe of Valley Gem Farms in Cumberland, WI are the owners of the now-viral-heifers. Brandon said he was already up in the early morning hours, checking on his calving cows when he heard a ruckus.

"Gone done checking them, went back to my parents' driveway to head back home," Brandon said. "I heard sirens so I waited a bit and over the hill came a car, and two cop cars chasing it going pretty darn fast."

Barron County Sheriff Chris Fitzgerald said his deputies were aiding in the chase that ended on the Grewe property. He said no one was injured and there wasn't any property damage.

Kim Grewe, said she wasn't too worried either. Just a little bit confused.

"I was in a bit of a daze--I was sleeping," she said. "I poked my head out and looked out the window and there were red and blue lights. My first question was, 'are the cows out!?'"

As we know now, the cows were not the subject of the chase. In fact, they put a stop to the chase. You can call it an udderly fantastic, legen-dairy, crime-stopping herd.

"Our Barron County Bovine Unit apparently," Kim said with a laugh. "Very fortunate that the car was stopped right at the gate. [It] didn't touch the gate and the girls were right there. They are curious animals--they like to be a part of everything so it was nice they could be a blockade to help out the police."

The heifers of Valley Gem Farms, turns out, are a fearless bunch. A high speed chase? No problem. Trespassing on their property? Now we've got beef.

"It's very humorous, it's very fun," Kim said. "This is something that we'll laugh at for years just because no one was injured and everything went smoothly, and we are very fortunate none of our cows were injured and we're not rebuilding fence today."

And just like that, with no police training at all, the ladies of Valley Gem have the scene secured, pasture patrol always on, no matter the hour.

"I'm always proud of our cows, it's part of why I do what I do," Brandon added. "It's the pride and joy of being able to walk in the barn and see what we do everyday and see what our hard work can pay off for. Anything that can put the dairy industry and the cows in the limelight is a great opportunity."

The driver of the car that was being pursued was booked into Barron County Jail and faces several charges, including fleeing law enforcement.

MORE NEWS: Angler dies after falling from boat in BWCA