CBP said if the items were real, the total MSRP would be more than $700K. 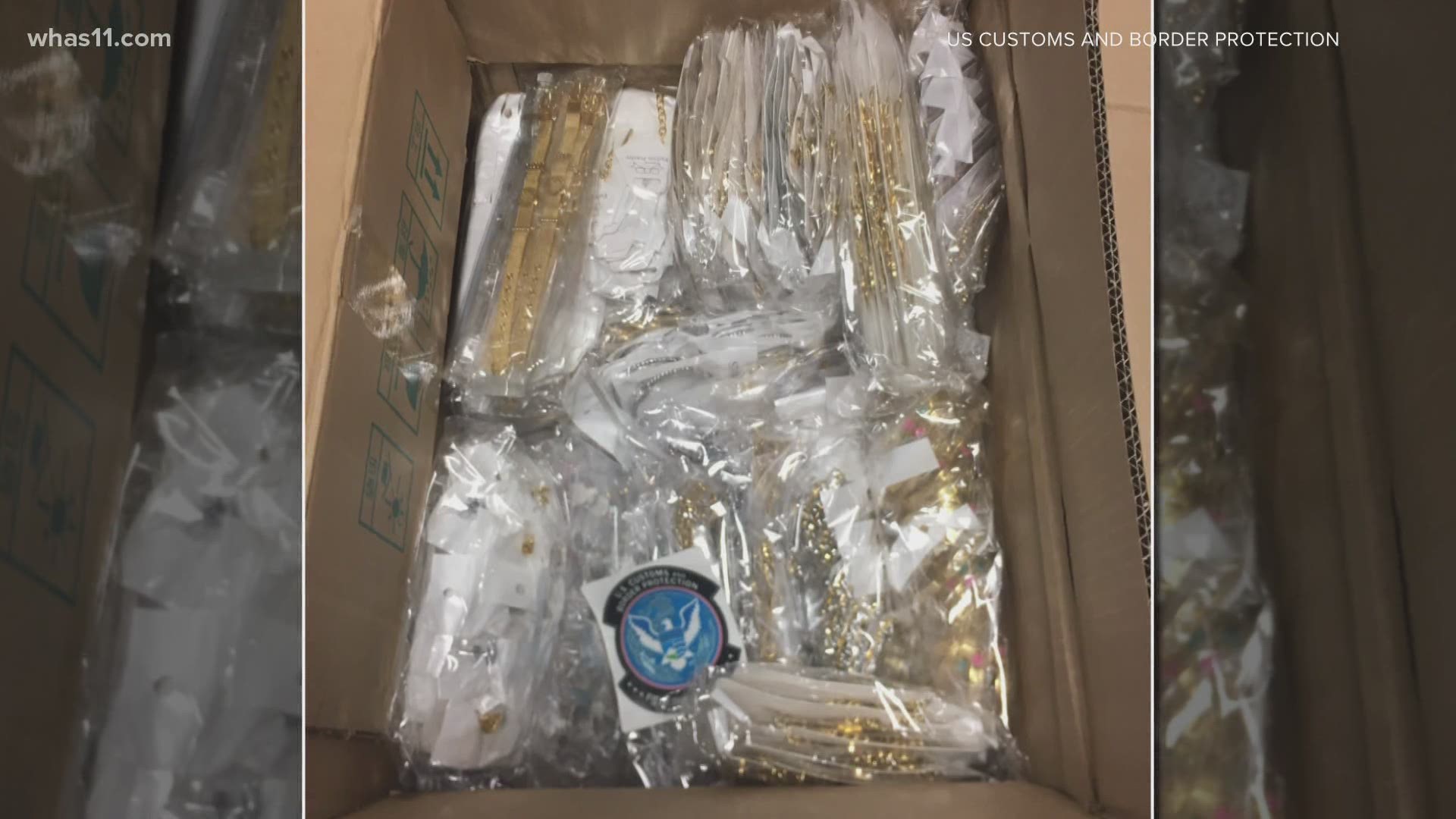 LOUISVILLE, Ky. — A shipment from Hong Kong containing 1,216 pieces of counterfeit jewelry was intercepted by U.S. Customs and Border Protection (CBP) officers in Louisville on Tuesday.

The shipment, which was bound for Florida, was halted for inspection and an import specialist determined the jewelry was counterfeit. It contained fake versions of designer items from retailers like Dior, Tiffany & Co. and Rolex. CBP said if the items were real, the total MSRP would be more than $700K.

“Counterfeiters are focused on making a profit, no matter what the cost may be to consumers,” Thomas Mahn, Port Director-Louisville, said in a release. “Counterfeits damage the U.S. economy and promote other types of crimes,  while strengthening organized crime and terrorism groups.”

According to CBP, millions of counterfeit versions of popular goods are seized around the globe every year, including electronics, apparel, cosmetics, pharmaceuticals and more.