Adam Theobald admitted to police that he stole $8,000 worth of lottery tickets from the Circle K on LaGrange Road over a four-month period. 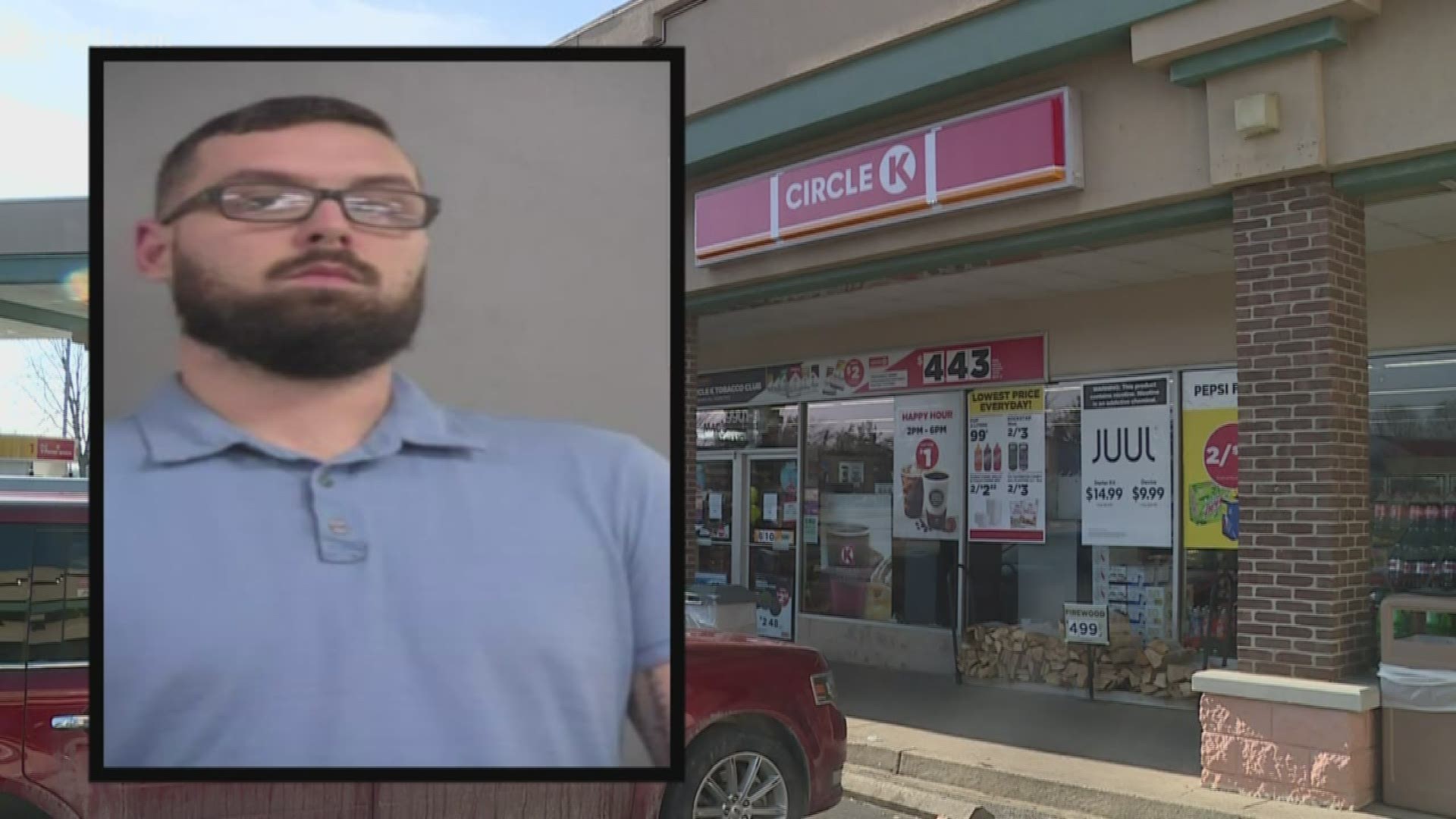 LA GRANGE, Ky. — A Circle K employee is facing charges after allegedly stealing thousands of dollars worth of lottery tickets from his place of work.

The Circle K on LaGrange Road sees many of the same faces every day.  Most of the people going in and out of the gas station Thursday were shocked to hear about the arrest.

"Wow, I just, I wouldn't expect something like that to come out of a gas station like this," said Parker Wait, who works across the street.

According to an arrest report, Adam Theobald admitted to police that he stole $8,000 worth of lottery tickets from the Circle K over a four-month period to support his gambling habit.

Chip Polston, Senior VP of Communications for the Kentucky Lottery, says this isn't a frequent occurrence, but theft by employee is also not unheard of.

"This is very much a crime of opportunity," Polston began. "They're there with the tickets. They see them. They think they may be able to get away with something and these things are monitored really closely. So, as tempting as it may be, this is not something that you want to do."

Aside from keeping a close eye on inventory, running back ground checks and reporting irregularities, Polston said one big thing will curb in store thefts.

"This isn't something when you can just throw your hands up and say, 'I'm sorry, I didn't mean to do it,'" Polston said. "This is theft at the end of the day. The employer is being stolen from. So, they are encouraged to follow up and prosecute for crimes like this."