Police say one juvenile and one adult were responsible for a robbery and carjacking in Louisville. 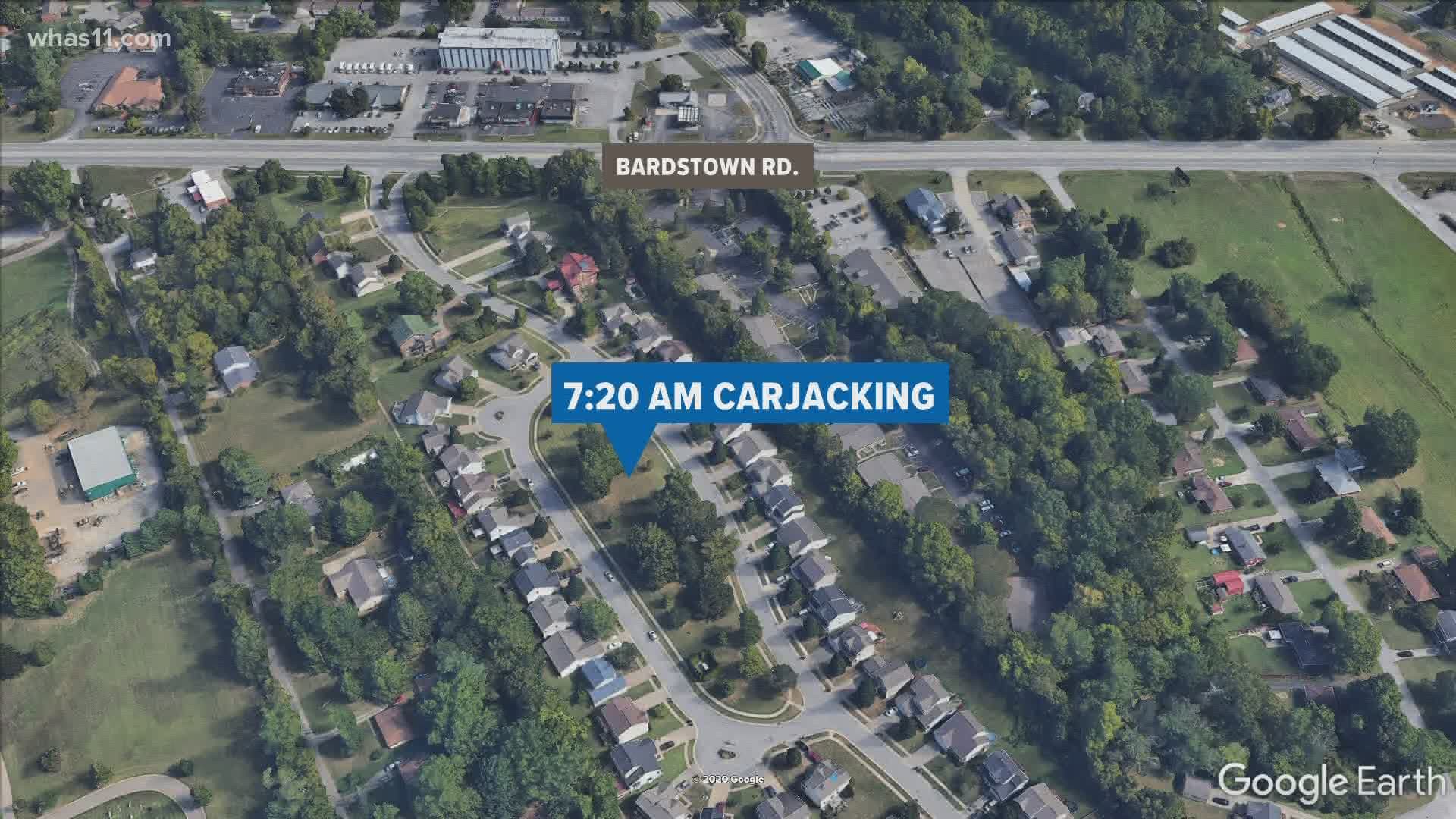 LOUISVILLE, Ky. — Police have arrested one adult and one juvenile they say were responsible for a carjacking and robbery, later leading officers in a chase through two counties.

At around 7:20 a.m. Tuesday, LMPD said officers responded to an attempted carjacking at gunpoint on Ridge Brook Circle.

A woman told police a person came up to her car with a gun, telling her to open the door. When she refused, he said, "I will shoot you." She then activated the alarm on her car, and the person fled with another suspect.

Later in the day, police responded to a robbery in eastern Jefferson County. Police said the suspects' vehicle matched a car stolen at gunpoint on Aug. 1.

LMPD's air unit followed the car as they led Louisville and Oldham County police on a chase. An LMPD K-9 found both suspects in a wooded area near Lake Louavilla.

According to his arrest citation, 20-year-old Devontaz Harper admitted to taking the car at gunpoint and said he was involved in the hold-up earlier in the day.

Harper has been charged with robbery, receiving stolen property and unlawful transaction with a minor.