Agents found 60-million fatal doses of the drug which would be enough to kill the total population of Louisville 60 times. 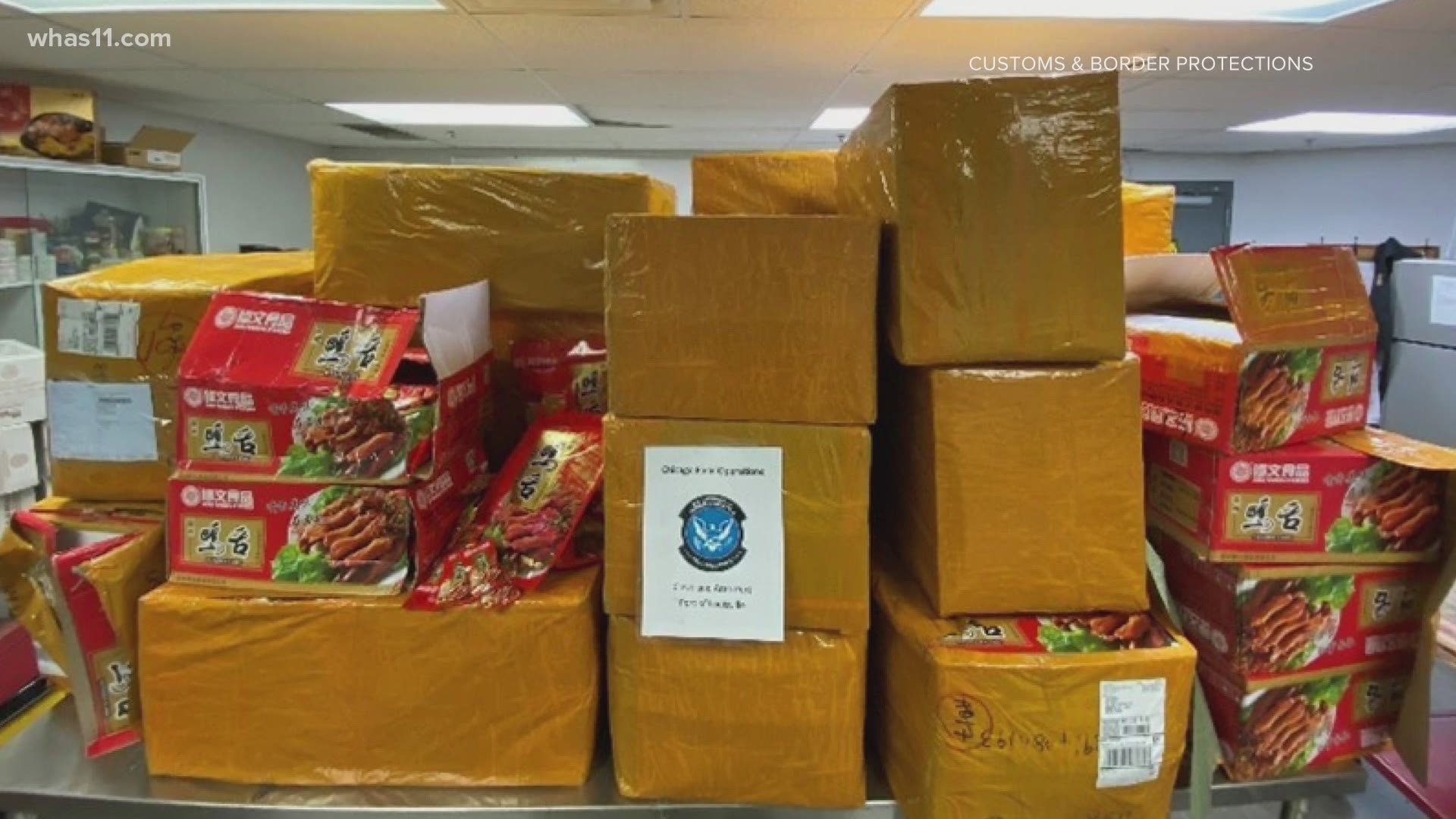 LOUISVILLE, Ky. — The Custom and Border Protection officers who work the Louisville Muhammad Ali International Airport have been busy inspecting and seizing a variety of illegal and unauthorized packages arriving from various parts of the world.

Officials said during the week of May 15 through May 22, they seized more than $1 million worth of illegal drugs.

Among the drugs found was 2 ½-pounds of Carfentanyl. They said the amount contained 60-million fatal doses, enough to kill the total population of Louisville 60 times.

There were also counterfeit items seized including fake driver’s licenses, designer watches and about $722,750 worth of fake Apple Airpods.