After vandals vandalized and tagged the mural at 11th and Main Streets, artist Braylin Resko said it's not going to stop him from bringing love to the community. 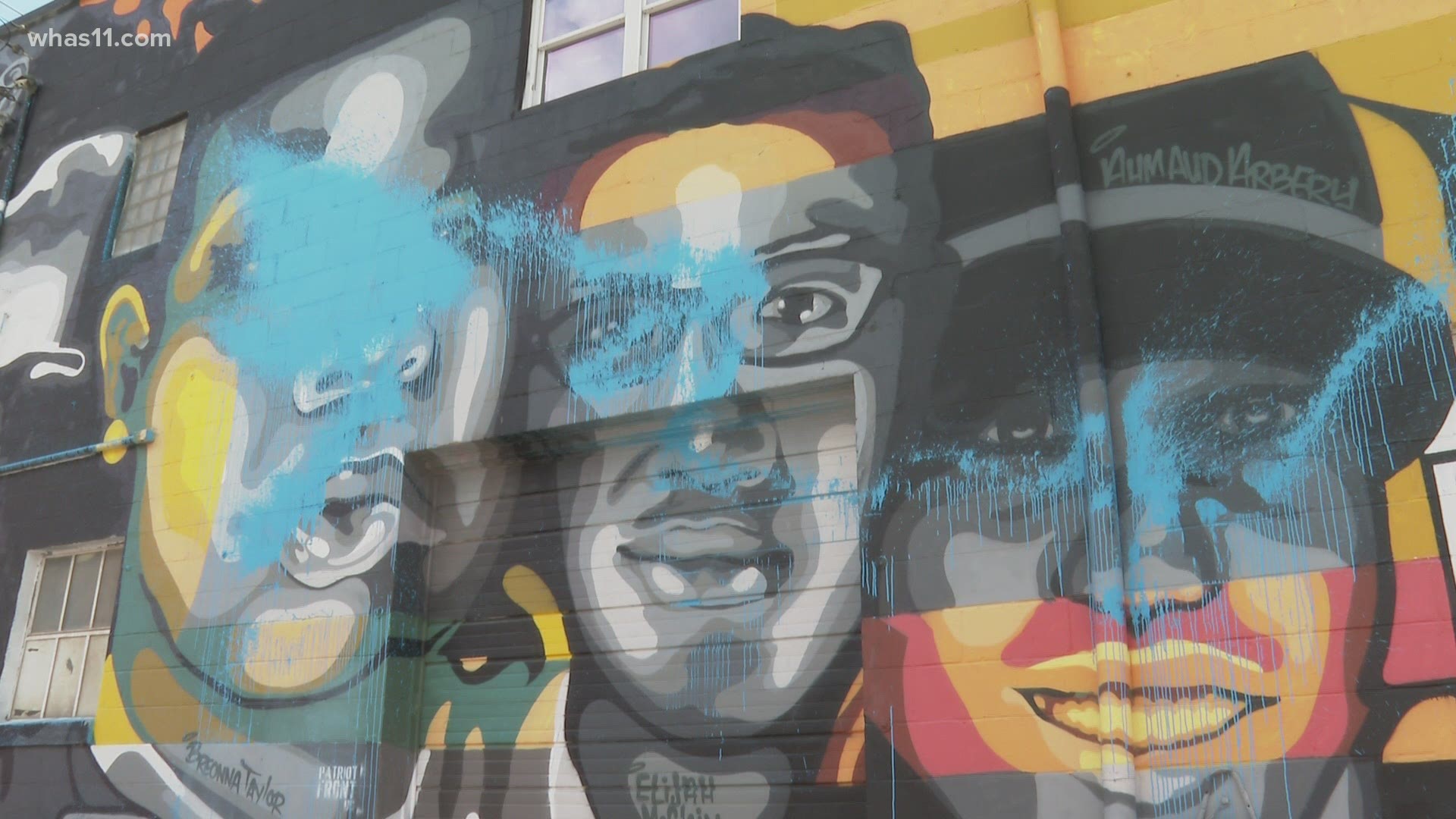 The social justice "Say Their Names" mural was found with blue paint over several of the faces featured including Breonna Taylor's and George Floyd's.

"It gives a lot of people a place of reflection, a place of remembrance for peace. It's been a community staple so far," Stewart said.

The act was caught on camera, with surveillance video showing two individuals near the wall early Monday morning around 1:30. One of them is seen spraying the mural.

Jordan Sabie is an employee at Trifecta Event Productions, which owns the building the mural is on. Sabie watched the act on surveillance footage, which was caught from multiple angles.

Sabie said the video shows one man acting as a lookout, while the other sprayed the wall.

"It just takes one bad person to really cause some damage," he said.

Calling it a "hate crime," Sabie said he immediately turned all the video over to police, who are now investigating.

"It's far more than a building with paint on it. It really means something to people who come here and visit it," Sabie said.

The words "Patriot Front"- the name of a white supremacist group- were also spray painted on the wall.

"That's just a coward, selfish way of pushing a certain agenda that nobody wants to hear," Stewart said.

The mural was unveiled last July and took about 14 days to finish painting. Stewart said he will go back out Tuesday morning to start painting all over again, no matter how long it takes.

Stewart has set up a GoFundme to help buy the paint again.

Juniyah Palmer, Taylor's sister, posted a photo of the vandalism on her Instagram, saying "this just broke my heart."

This is the second mural depicting Taylor vandalized in the last month. A mural of Taylor painted on a basketball court at Lannan Memorial Park was vandalized a week after it was unveiled.

Security footage of the vandalism was released, and an anonymous donor is offering a $2,500 reward for information that leads to an arrest.

WHAS11 will have more on the "Say Their Names" vandalism during NightTeam.