Both 22-year-old Matthew Crawford and 23-year-old Devoune Mosley were ordered to be held without bond. 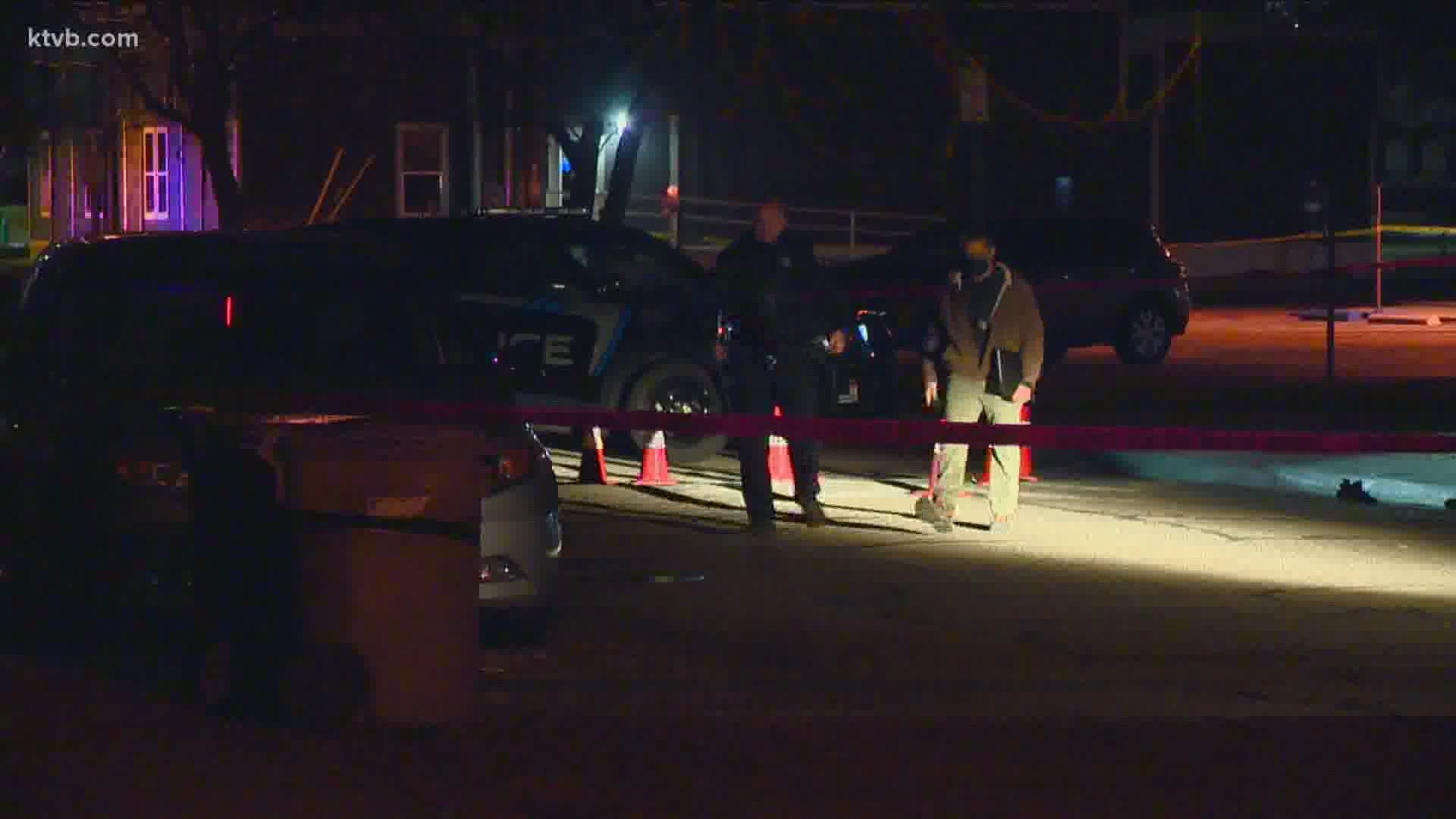 BOISE, Idaho — Two men accused of killing a 24-year-old near Boise State University Monday night had plotted to rob the victim of drugs and money before the deadly shooting, prosecutors say.

Devoune Mosley, 23, of Eagle and Matthew Crawford, 22, of Boise are each charged with first-degree murder in the death of 24-year-old Guy Lopez II. Mosley faces an additional charge of being a felon in possession of a gun.

The shooting happened at about 11:30 p.m. outside the victim's home on Chrisway Drive, just off-campus.

Prosecutors say Mosley admitted to police after his arrest that he and his roommate Crawford had arranged to meet up with the victim to buy Xanax, but were secretly planning to rob him.

"He said that Crawford requested that [Mosley] take a 12-gauge shotgun in order to scare Guy, and Crawford took his nine-millimeter handgun," Prosecutor Kendal McDevitt said.

The plan, according to the confession, was for Mosley to drive to Lopez's house and tell him to get into the front passenger seat. At that point, according to the prosecution, the men planned to have Crawford pop up from the back seat of the car and attack Lopez from behind, taking the Xanax and his money.

"However, according to Mr. Mosley, Matthew attacked prior to Lopez sitting down, and this resulted in a fight where ultimately Guy was able to separate himself and fire a round at Crawford," McDevitt said. "Then, Crawford shot Lopez several times before fleeing."

Nearby witnesses heard gunshots and saw a white car speeding away. Officers arrived at the scene to find Lopez lying in the street, with a gun near him, according to the prosecutor. He was rushed to a local hospital but died from his wounds.

A Boise Police officer spotted the white car a short time later near Shoreline and 17th Street. McDevitt said the officer turned on his overhead lights, but the car sped away.

The suspect vehicle pulled in behind the Symposion bar near the Boise River, and the occupants got out and ran away, the prosecutor said. Both Crawford and Mosely were taken into custody nearby.

Crawford denied planning to rob Lopez, McDevitt said, instead telling police that Lopez had fired a gun at him during the drug deal, and that he had shot back.

"He made spontaneous statements of 'he pulled a gun on me, I was so f--- scared I didn't know what to do,'" McDevitt told the judge.

Two other people who had been with Crawford and Mosley before the shooting told police that the men had discussed their plan to rob Lopez, the prosecutor added.

McDevitt asked for both suspects to be held without bond, noting that they could face the death penalty if convicted of first-degree murder.

Mosley's attorney did not make a bond argument, but Crawford's lawyer, Mark Manweiler, urged the judge to set bond at no more than $100,000.

Manweiler said that Crawford's father is a "well-respected and successful attorney," adding that his family would help make sure he attended all court appearances. The defense attorney also asked the judge to consider that Crawford had strong ties to the area, had been raised in Boise, and was the former quarterback of Timberline High School.

Manweiler also argued that it was possible Crawford had been defending himself when Lopez was shot.

"There's physical evidence that indicates that the alleged victim Mr. Lopez fired the first shot," he said. "Apparently, all three of these people were armed, and this certainly has every possibility of being a self-defense case."

Judge Daniel Steckel was not convinced, and ordered both Mosley and Crawford to remain held in the Ada County Jail without bond.

"At the very least, Mr. Crawford came to a gunfight with a loaded gun," the judge said. "With that, I think we need to have a little bit more information before it's appropriate to have him out."

Both defendants are due back in court March 29.