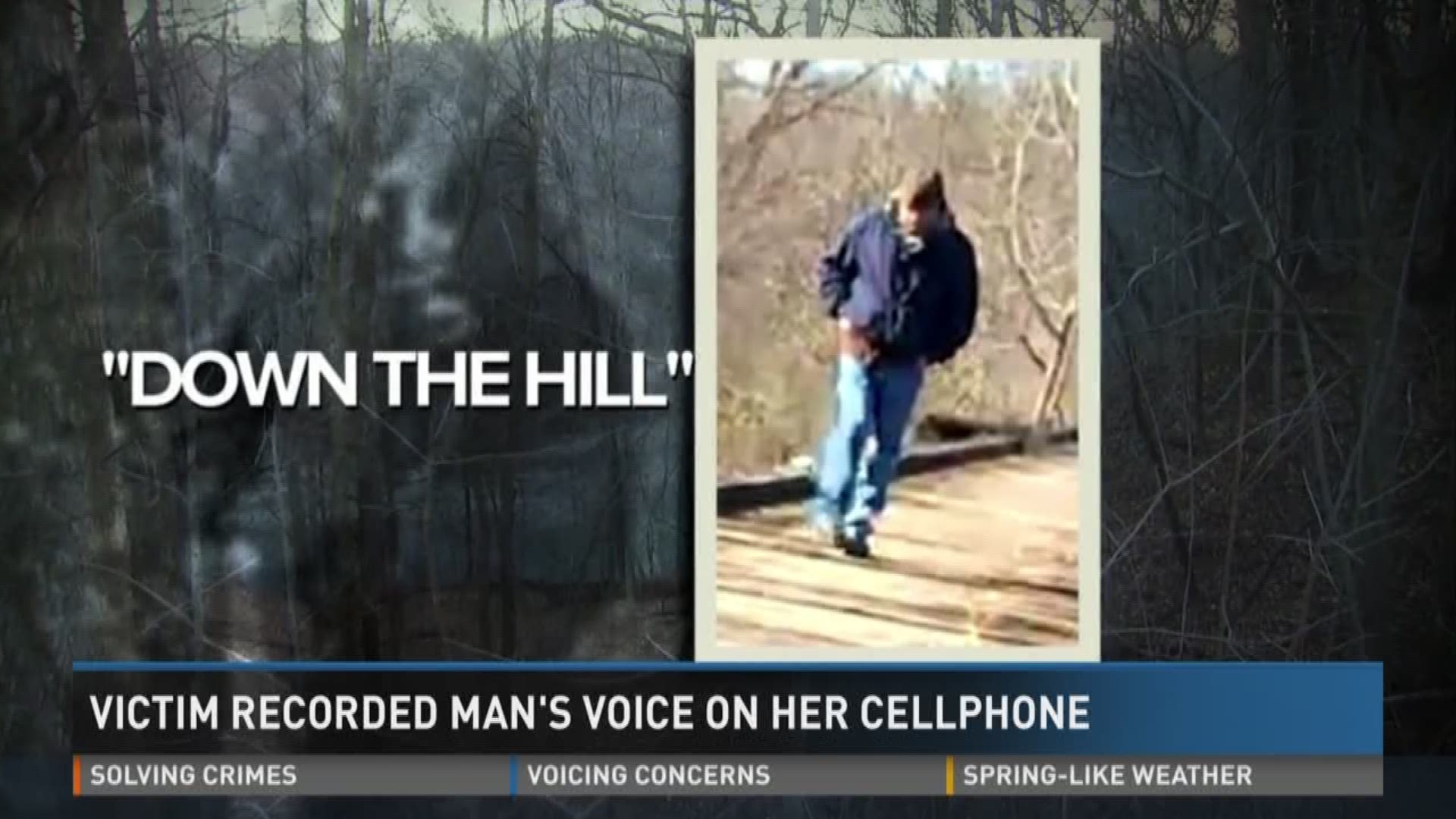 Those are the three words, muttered by an unknown man, heard in a video captured by 14-year-old Liberty German's cellphone about the time of her death last week near Delphi.

The short sentence in the recording, which was played during a Wednesday news conference, is the only portion of the video released at the time.Indiana State Police Capt. David Bursten Called German a hero turning on her phone's camera to depict her assailant.

"Liberty had the presence of mind to turn on the video camera," Bursten said. "There is no doubt in our minds that she is a hero."

Police also posted the audio to Indiana State Police's website in hopes someone will recognize the man's voice.

Visit www.in.gov/isp/files/Delphi_male_voice_loop.mp3 to hear the recording.

The news conference comes after police widened their search for a suspect one week after the deaths of German and 13-year-old Abigail Williams.

On Feb. 15, police released a grainy photo of a subject walking along an abandoned railroad bridge which was believed to be taken at the time of the girls' disappearance.

For days, police declined to label the man a suspect or comment on who took the photo and where it was captured.t

On Sunday, however, Indiana State Police Sgt. Kim Riley said in a news release that the man was suspected of "participating in the murders" of the teenagers.

It's still unclear, however, if the man heard in the recording is the same one photographed last week, or it was German's cellphone that captured the image.

The pair was last seen by a family member dropped who them off at 1 p.m. Feb. 13 near the bridge, which spans Deer Creek and is located on Delphi's High Bridge Trail.

At 12:15 p.m. the next day, search parties recovered two bodies in a wooded area roughly a half-mile upstream from the bridge that were eventually identified as the missing teenagers.