Police said the suspect attempted to rob stores in southwest Louisville, led officers on a pursuit to Bullitt County, back into Louisville, that ended in Clifton. 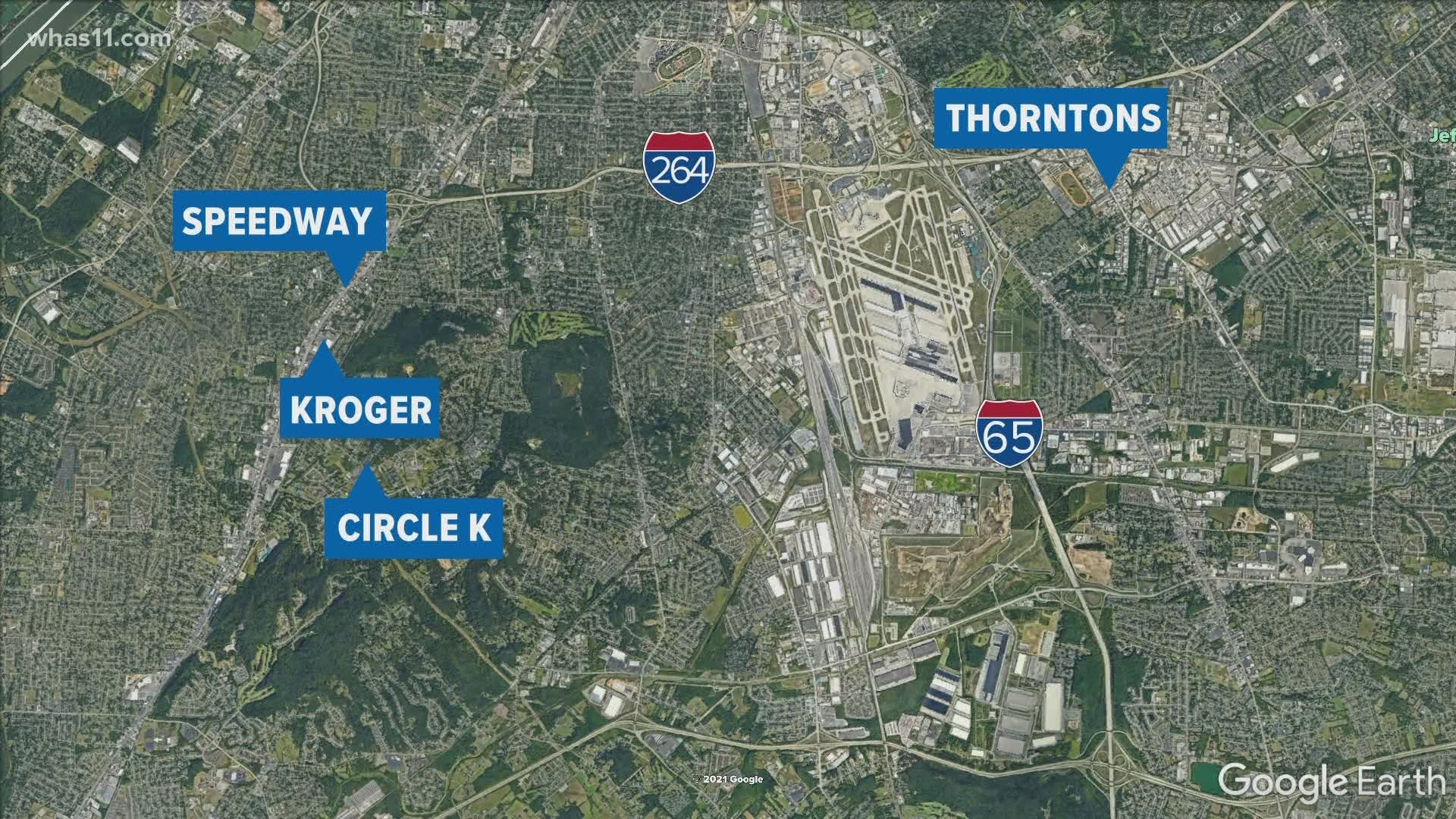 LOUISVILLE, Ky. — A man is in custody following a series of attempted robberies of area businesses that later led to a pursuit, according Louisville Metro Police.

A spokesperson for the department said an assisting agency located Mitchell around 6 p.m. Monday but that suspect fled to Bullitt County.

However, he was spotted by LMPD’s Air Unit when he crossed back into Jefferson County and followed by officers.

Mitchell was eventually apprehended around 7 p.m. on Frankfort and Clifton Avenues.

"My wife and I were on our way home from Agave and Rye and this guy just speeds past us and cuts us off, almost hits us. He was probably going 70, 80 miles per hour, almost ran into a building. Yeah it was crazy, almost took out a pole, ran into a building," a witness at the scene told WHAS11 News.

Police said the Mitchell was transported to UofL Hospital for minor injuries.

Mitchell is currently being held at Louisville Metro Corrections. He faces charges of wanton endangerment and fleeing or evading.