More than 12 Kentuckians have been arrested since the Jan. 6 insurrection. 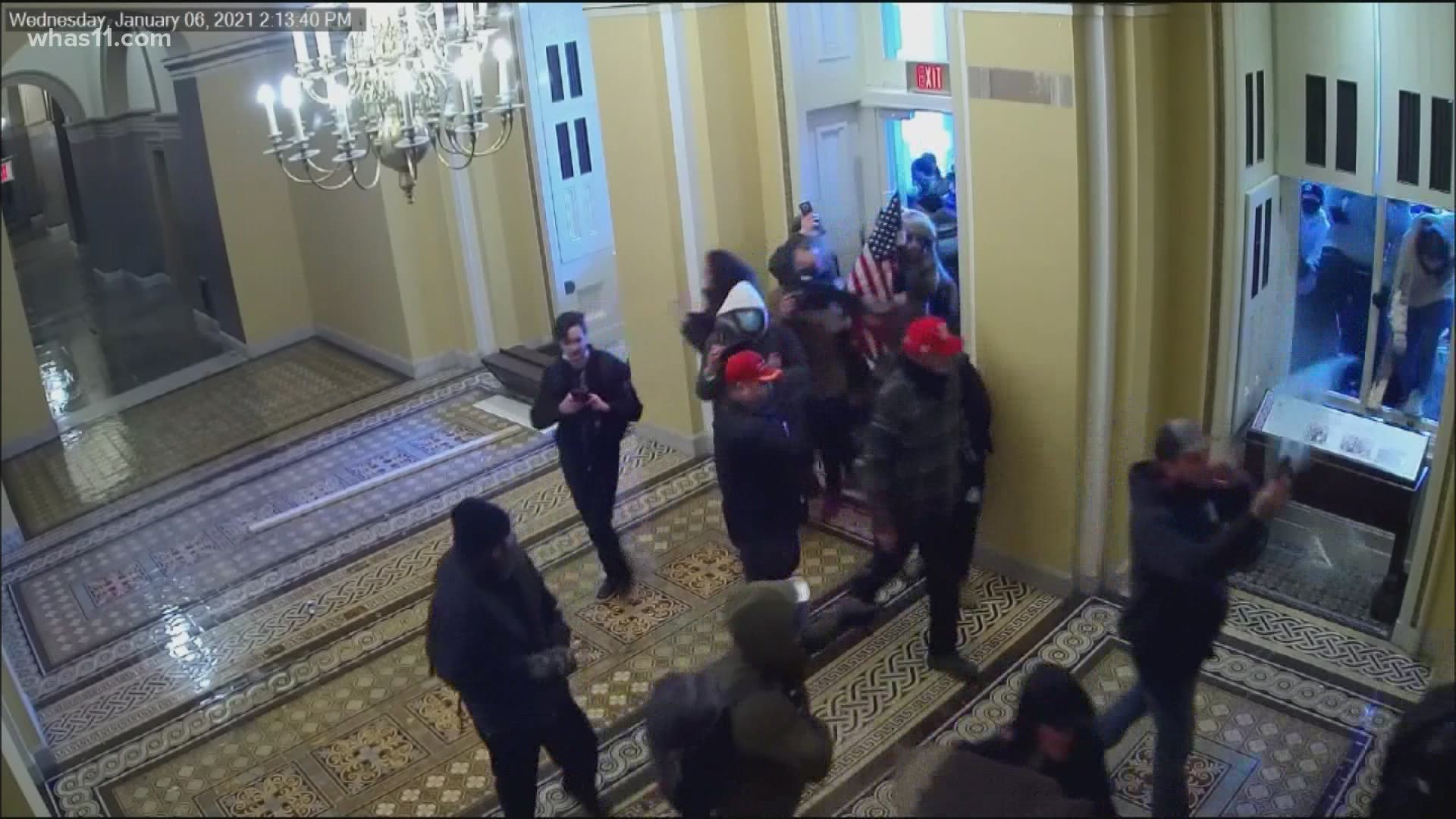 LOUISVILLE, Ky. — A Kentucky man has been arrested in connection to the U.S. Capitol riot earlier this year.

FBI Louisville announced Kurt Peterson of Hodgenville was charged with obstructing an official proceeding, destruction of government property and entering and remaining in a restricted building or grounds.

The FBI received a tip that Peterson sent a message on Facebook Messenger saying he had been at the Capitol Jan. 6 and was close enough to where a woman was shot and killed that he offered assistance.

Information received by the FBI also indicated Peterson had previously posted on his Facebook page that Democratic lawmakers who opposed Trump were traitors and the penalty for treason was death.

When officials searched Peterson's Facebook, they found a post where he described being near the woman who was shot and killed by a U.S. Capitol Police officer inside the building as Trump supporters tried to break into the House Chamber.

Peterson described walking to the Capitol with people who were "primarily peaceful and loving our country." He claimed he was trying to stop people from breaking into the House Chamber when a woman using a chair to break through a glass panel in the door to the speaker's lobby was shot.

"The bullet hit the woman in the neck, which caused her to fall backwards amediately [SIC]," Peterson said. "It could have hit numerous police officers that were there. Non-lethal force could have been use without the lethal shot that was made..."

He then claimed he asked to render first aid to the woman, but was told they were waiting for first responders.

"Sadly I do not trust many branches or people in our government, particularly the Federal Bureau of Investigation," Peterson. "So at this time I am moving continuously and wrapping my phone in such a way that I hope it cannot be tracked. If for any reason I am not available to see you or meet with you again, know that my intentions are to keep our country free of oppression by an over zealous government."

Footage of the shooting posted onto YouTube showed a man with a camouflage hat and vest that matched Peterson's driver's license.

Additionally, footage from another video of the insurrection shows a man who appears to be Peterson using wooden sticks and his fist to smash an exterior window pane of the Capitol. In the video, he shouts "This is our house. Let us in. Our house."

More than 12 Kentucky residents have been arrested since the Jan. 6 insurrection, including one man charged with assaulting an officer after he allegedly sprayed mace directly into the officer's face while outside the Capitol.

In late May, Senate Republicans blocked the creation of a bipartisan panel to investigate the attack on the Capitol. The Senate vote was 54-35, six short of the 60 needed, to take up a bill that would have formed an independent commission evenly split between parties. Eleven senators missed the vote.

This story will be updated with more information once it is received.