Peter Stager has been charged after reportedly beating a police officer with an American flag during the U.S. Capitol attack on Jan. 6. 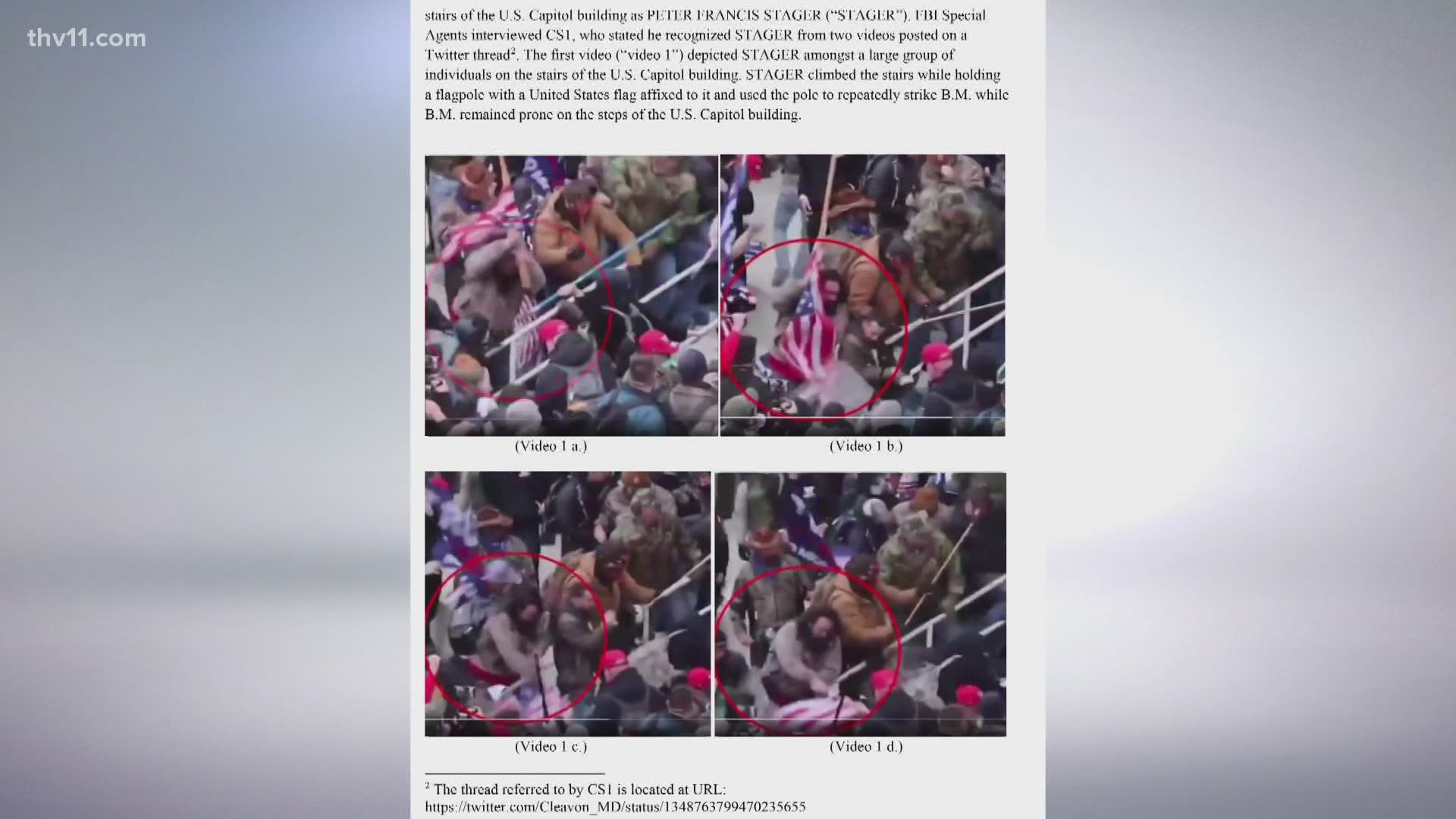 LITTLE ROCK, Arkansas — Peter Stager has been arrested at his home in Conway after reportedly beating a police officer with an American flag during the Capitol riot on Jan. 6.

According to a federal affidavit, the officer was from the Washington D.C. Police Department and was guarding the entrance to the Capitol when a mob pulled him down the stairs and attacked him.

There is a video on social media of Stager allegedly saying "death is the only remedy for what's in that building," referring to the United States Capitol.

The documents also source a confidential source who said they recognized Stager from a Twitter thread that showed a video of a man, assumed to be Stager, beating the officer (who is not identified in public documents due to privacy) with a flag pole with the American flag attached to it.

After comparing Stager's driver's license photo with the videos taken of Stager on Jan. 6 during the Capitol riot, law enforcement said they believe him to be the man in the videos.

Videos show pro-Trump rioters pulling three officers down a set of stairs during a violent attempt to breach the U.S. Capitol last Wednesday. Our Visual Investigations team looks at how the assault happened. https://t.co/KMaBZ2ui6I pic.twitter.com/ZeuTBLoUIz

Stager told authorities that he didn't know the man he was hitting was a cop and that "he thought the person he was striking was ANTIFA."

The federal affidavit states that in the Twitter thread there is a photo of the officer lying on the Capitol steps and the words "Metropolitan Police" are visible across his back.

(Eds, note: The video attached at the top of the article is regarding false claims that Antifa was responsible for the riot at the Capitol.)