In an undercover sting operation, officers made contact with the men, many of whom were under the impression they were meeting young, underage girls with hopes of trading money or drugs for sex. 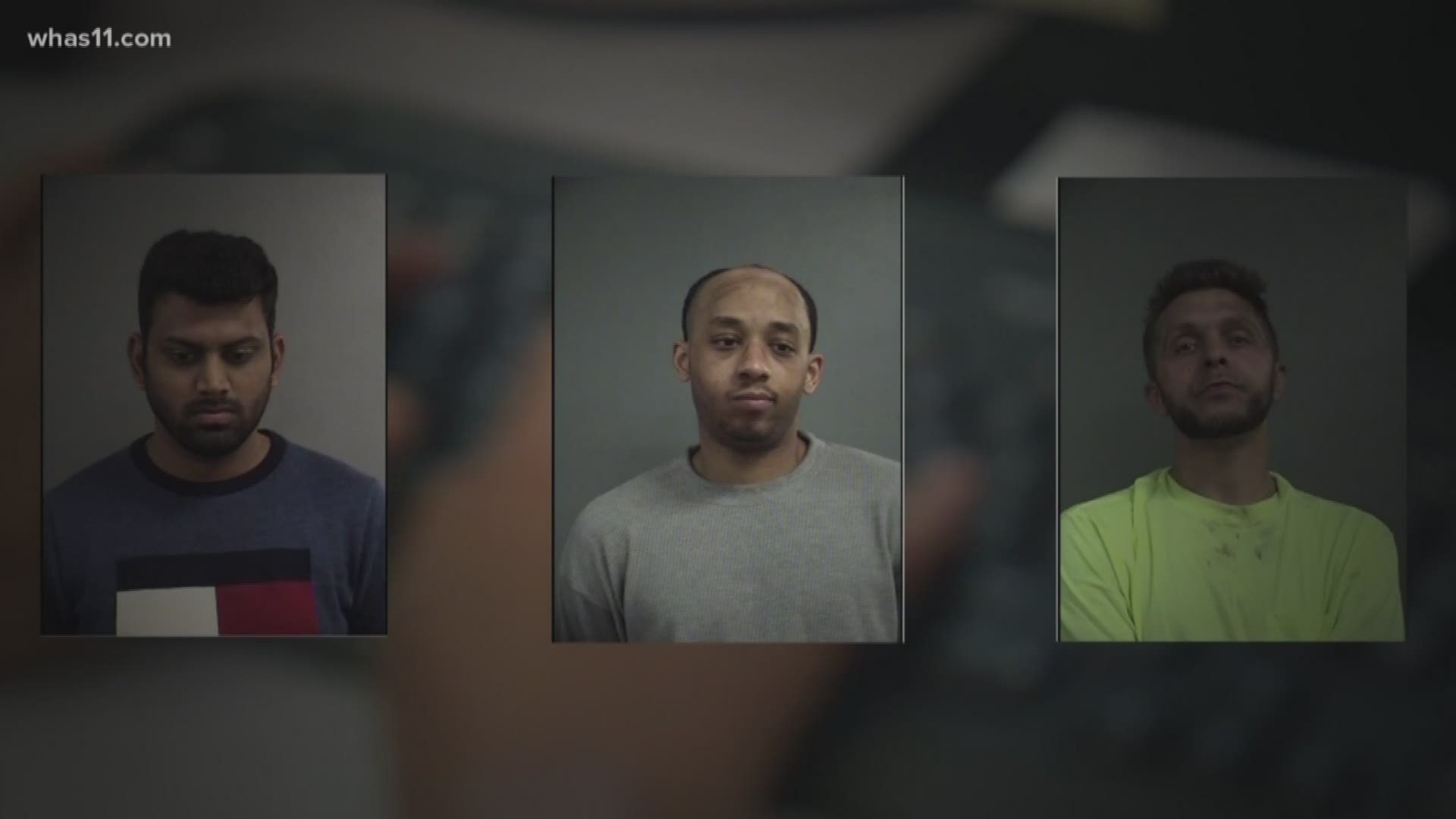 LOUISVILLE, Ky. (WHAS11) – While many are still reeling over who went home with the Garland of Roses, Metro Police was busy this weekend, doing crowd control and tackling a much more silent problem.

“Derby of course is a time when it should be a cause for great celebration but unfortunately, the crowds that come draw a lot of predators to the area as well,” Donna Pollard said.

Pollard is the president of the Survivors Corner and her group specializes in work with survivors of victimization trauma.

While predators may have been lurking amidst the celebrations, hoping for the right time to strike, so was LMPD.

In an undercover sting operation, officers made contact with the men, many of whom were under the impression they were meeting young, underage girls with hopes of trading money or drugs for sex.

Mohith Akula, a 27-year-old from Santa Clara, California was arrested at a hotel after replying to an online ad, according to the citation.

Deontae James, a 27-year-old from Shelbyville also responded to an ad online for cash in exchange for sex.

Investigators say Ronnie Johnson from Clarksville, Indiana apparently also tried to meet up with a girl he thought was 15 and was exchanging sex for heroin.

Jackson Jones of Radcliff was also arrested at a hotel after police say he agreed to have sex with a 15-year-old for $100.

“One of the reasons that predators think they can get away with stuff is with this time of year in particular is that there are these extremely large crowds and people are celebrating and spending money and they’re paying attention to other things,” Pollard said.

Pollard says her organization draws attention to sex trafficking not only during Derby season but year-round, adding that the problem is very much here in Louisville.