The shipment was bound for Hong Kong and originated in Mexico. Officials say the the shipment had a street value of over $2 million. 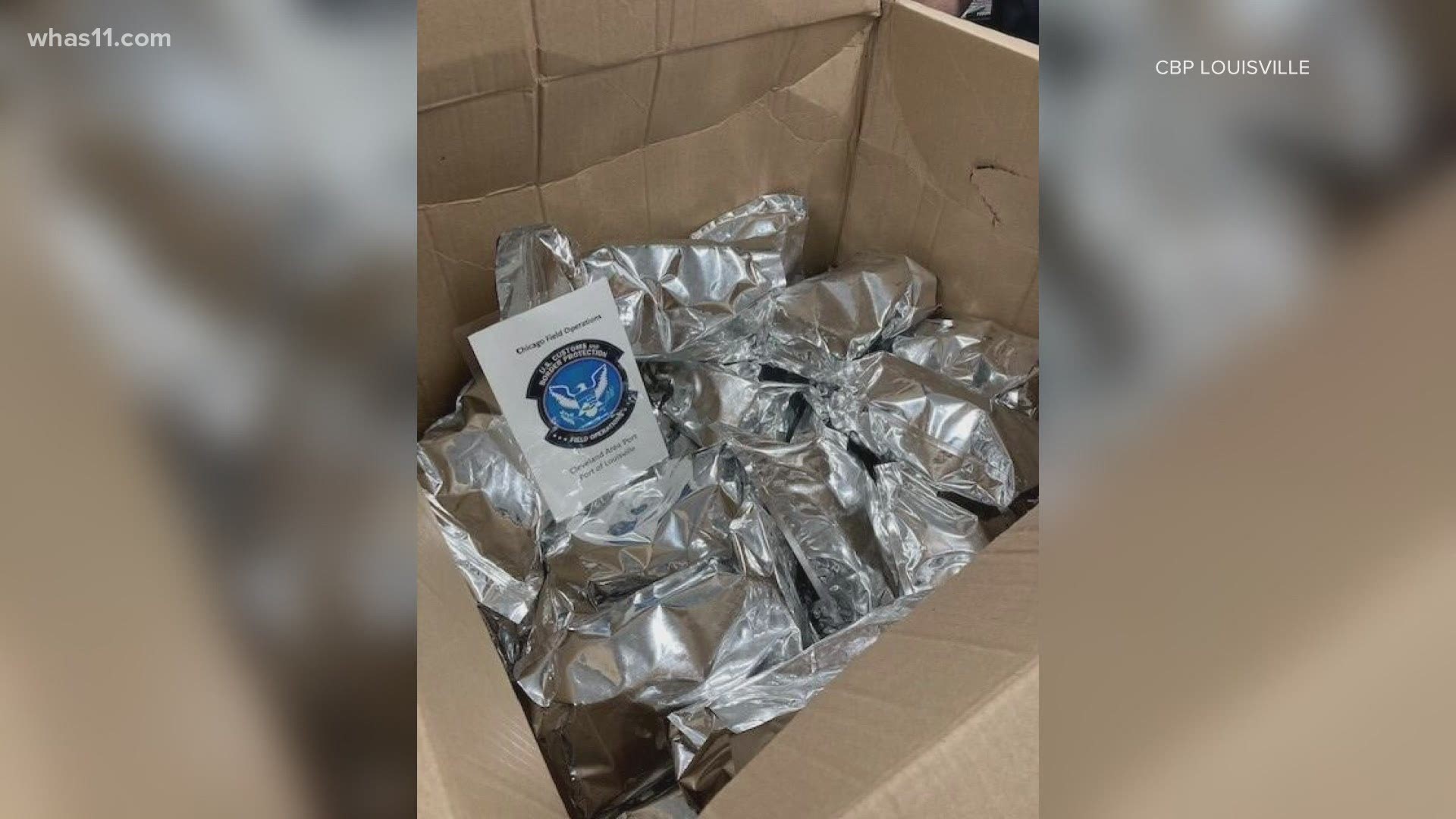 LOUISVILLE, Ky. — According to a release, US Customs and Border Protection (CBP) Louisville officers seized close to 250 lbs of Methamphetamine hidden in a shipment of rugs.

CBP says a officer with the US Fish and Wildlife (FWS) department identified an anomaly during one of their examinations.

This shipment was manifested as ‘silica gel’ and had originated from Mexico and was ultimately destined to Hong Kong. FWS notified CBP officers who then conducted an intrusive examination ultimately leading to the discovery of a white crystal substance concealed within foil bags.

Officers tested the powder, which tested positive for the presence of methamphetamine and this shipment was ultimately seized.

The shipment had a street value of over $2.16 million.

“This is a huge seizure that began with FWS and ended with our officers finding these packets of methamphetamine,” said Thomas Mahn, Port Director-Louisville. “The men and women at the Port of Louisville are committed to stopping the flow of dangerous drugs, and they continue to use their training, intuition, and strategic skills to prevent these kinds of illegitimate shipments from reaching the public.”

According to provisional data provided by Centers for Disease Control and Prevention (CDC), 2020 overdose death rates from stimulants have increased by 18% over 2019.

RELATED: Nearly 230 pounds of DMT seized in Louisville by Customs and Border Patrol