The Louisville Metro Police Department said they were calling it a hate crime. 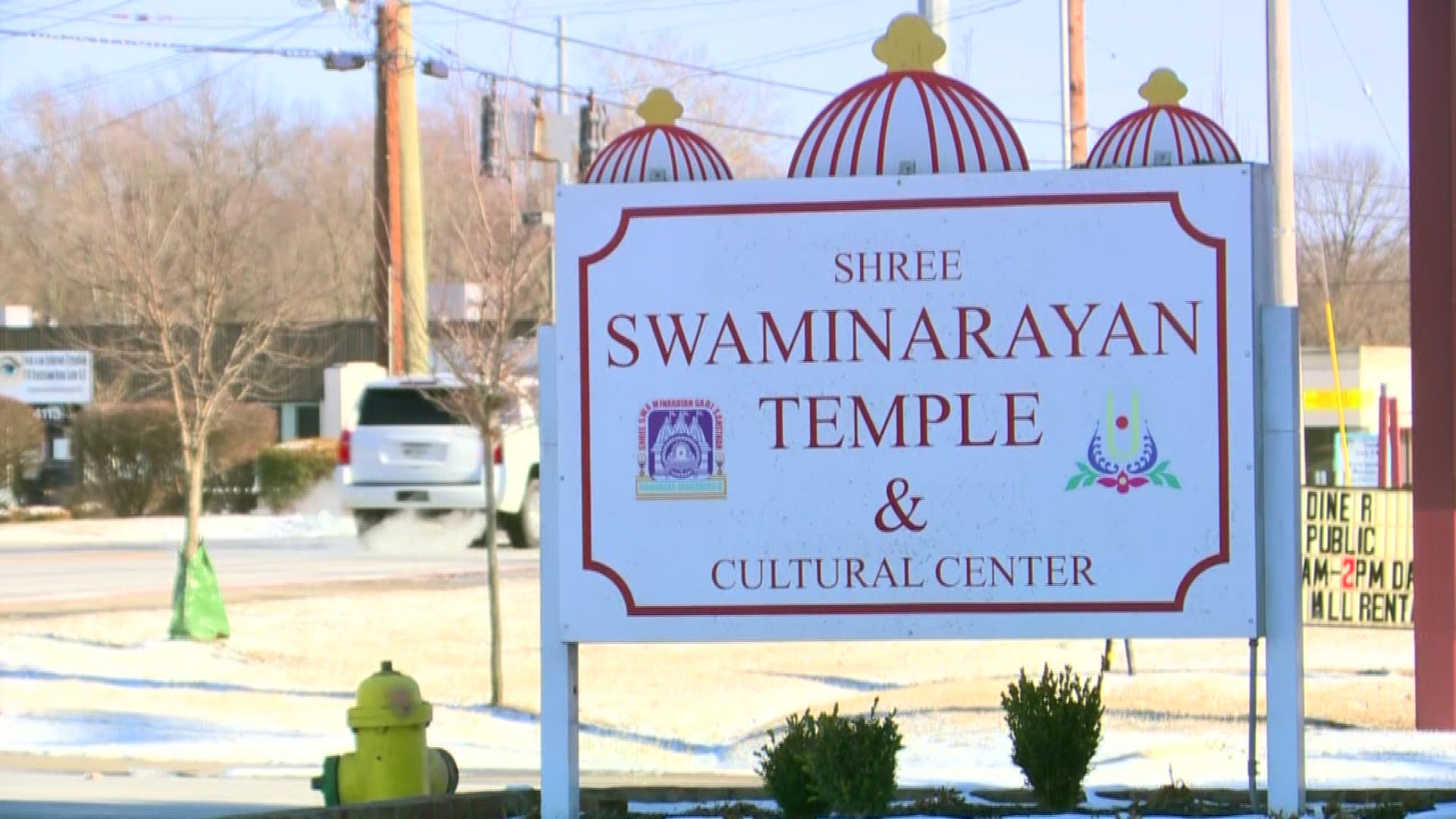 LOUISVILLE (WHAS11) — A 17-year-old was arrested in connection to a case of vandalism at Swaminarayan Temple, a Louisville Hindu temple on Bardstown Road.

The juvenile was charged with burglary and criminal mischief for the vandalism, and while police cannot charge a suspect with a hate crime, LMPD Sgt. Russell Montfort said the crime was clearly connected to religion.

"There was some religion aspect to it, clearly, and we did list in the report there was some bias with it being of a religious nature," Montfort said. "We don't necessarily charge as a hate crime, that is something that the courts, the sentencing judge, will take into consideration."

The vandalism happened sometime between Sunday and Tuesday, LMPD said. Windows were broken, and messages like "Jesus is All Mighty" and more "repugnant messages of hate" were spray-painted across the temple.

Montfort said the juvenile was arrested after they received a tip from the public Thursday, Jan. 31. The boy did make a statement and police believe he was acting alone.

Temple attendee Suhas Kulkarni said he was relieved to hear that someone had been apprehended, but said that lack of information or disinformation about Hindu culture is something the temple hopes to change.

Mayor Greg Fischer invited people in the community to help clean the temple on Saturday, Feb. 2, from 10 a.m. to 1 p.m. Kulkarni praised Fischer and other local community members for helping so quickly.

"It's more about solidarity and expressing that we as a community will be together, and that we will do things for everybody's good, everybody's betterment," Kulkarni.

The temple asks that volunteers bring cleaning supplies such as paint, paint rollers and buckets to the clean-up.