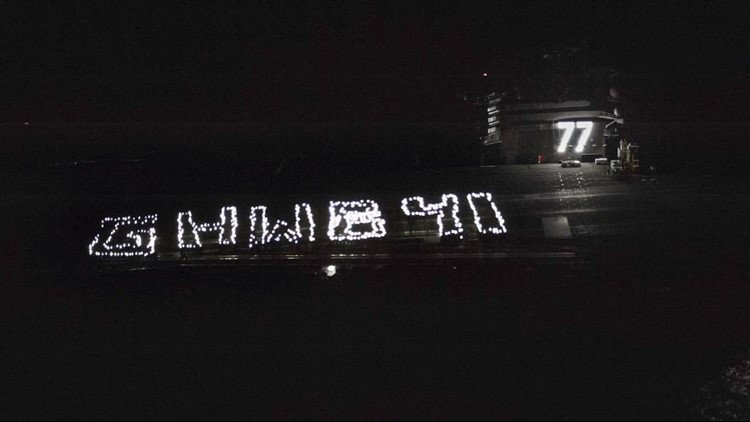 They stood on the flight deck of the Norfolk-based ship and held flashlights up to the sky to spell out "GHWB 41" in his memory. The ship's designation, "77," also was lit.

The crew posted a time-lapse video of the vigil on the ship's Facebook page:

USS George H.W. Bush is the Navy's tenth and final Nimitz Class aircraft carrier. It was commissioned in 2009. A 996,000-ton testament to the man sails the seven seas today, and will for decades to come.