The Congressional Gold Medal Award started in 1979. 538 students from around the country earned the honor this year. 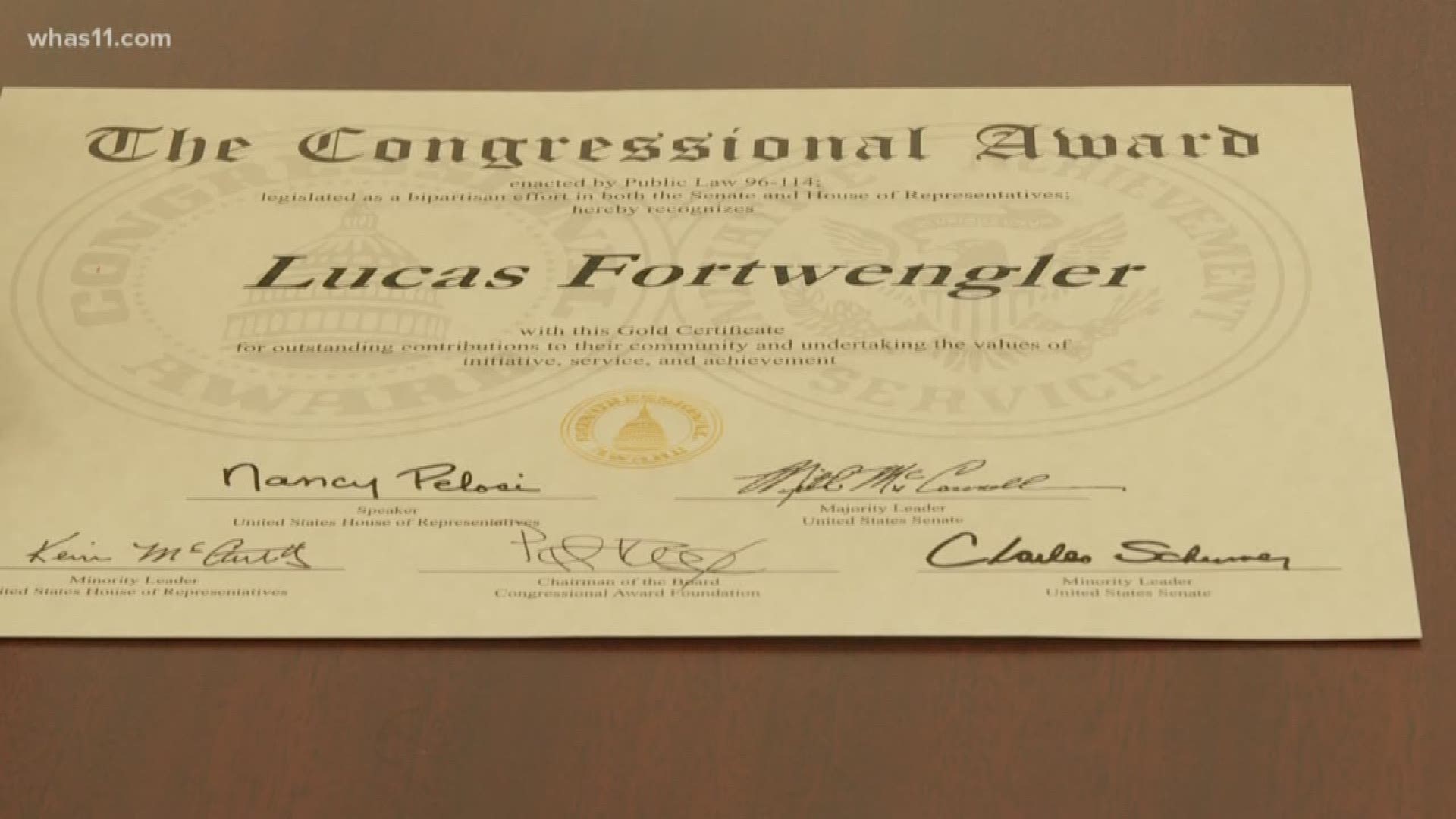 LOUISVILLE, Ky. — It is the highest honor Congress can give a youth, and we've got three winners right here in Kentuckiana. The official ceremonies took over Washington, D.C., last week, giving 538 students from around the U.S. the Congressional Gold Medal Award.

Students focus on four categories to get the award: voluntary service, personal development, physical fitness and expedition or exploration. You have to be between the ages of 13.5 to 24 to qualify, and it takes about two years to earn the honor.

"All the youth who get it, their names are read into the Congressional Record. So, it's an equivalent to an Olympic gold. It really is an amazing honor,” Jim Patton said.

Patton is the Congressional Gold Medal Award Advisor for Kentucky. He got involved after his daughter won the award in 2011. He also serves as the Christian Care Vice President for Mission Advancement & General Counsel and started a program there that pairs senior citizens and students together.

"This is the very first inter-generational program of its type in the United States. So, Kentucky is on the map for this. This absolutely brings energy into the building. It brings absolute engagement into their lives, and as long as you can address some of that loneliness and isolation, seniors thrive. That wisdom they pour into the youth makes them thrive, so it's a perfect marriage,” Patton said. "They're able to invest in the lives of the youth here in Kentucky and leave a great leadership pipeline."

Lucas Fortwengler, Demetrius Gunn and Tierra Beard are all a part of the program and all winners of this year’s Congressional Gold Medal Award. They all got to accept the award in Washington, D.C., last week.

"Me, my dad and my sister had a great time seeing more sights and seeing some museums and things like that. That makes my day,” Fortwengler said. "My mom is up there in heaven, being proud of me and what I did. It makes me more happy."

"I'm humbled to even be in this position,” Gunn said.

"We were introduced to a lot of people we wouldn't otherwise have met if we weren't in the program,” Beard said.

They all loved their time volunteering at Christian Care.

"It's been awesome, and they have so much wisdom to offer,” Beard said.

"That's a good thing to help out,” Fortwengler said.

"Your gift makes room for you and brings you before great men. So, that being the case, you have to know how to give up your service. There's a lot of people who are waiting on your gift, so that's one of the things I learned to do in this time,” Gunn said. "Just to help us become better leaders and better servants within our community."

During her time there, Beard got especially close to resident Betty Riggens.

"I'm honored to have her being a part of my life and the life of here,” Riggens said. "I think she was so deserving of this award."

Seventy years may separate them in age, but their bond is a special one.

Kentucky actually had a total of eight winners this year. That's a record for the state. Program leaders said they usually have one to two a year. If you're interested in applying, click here.