Couple dies within 48 hours of one another from COVID-19; Community honors their memory 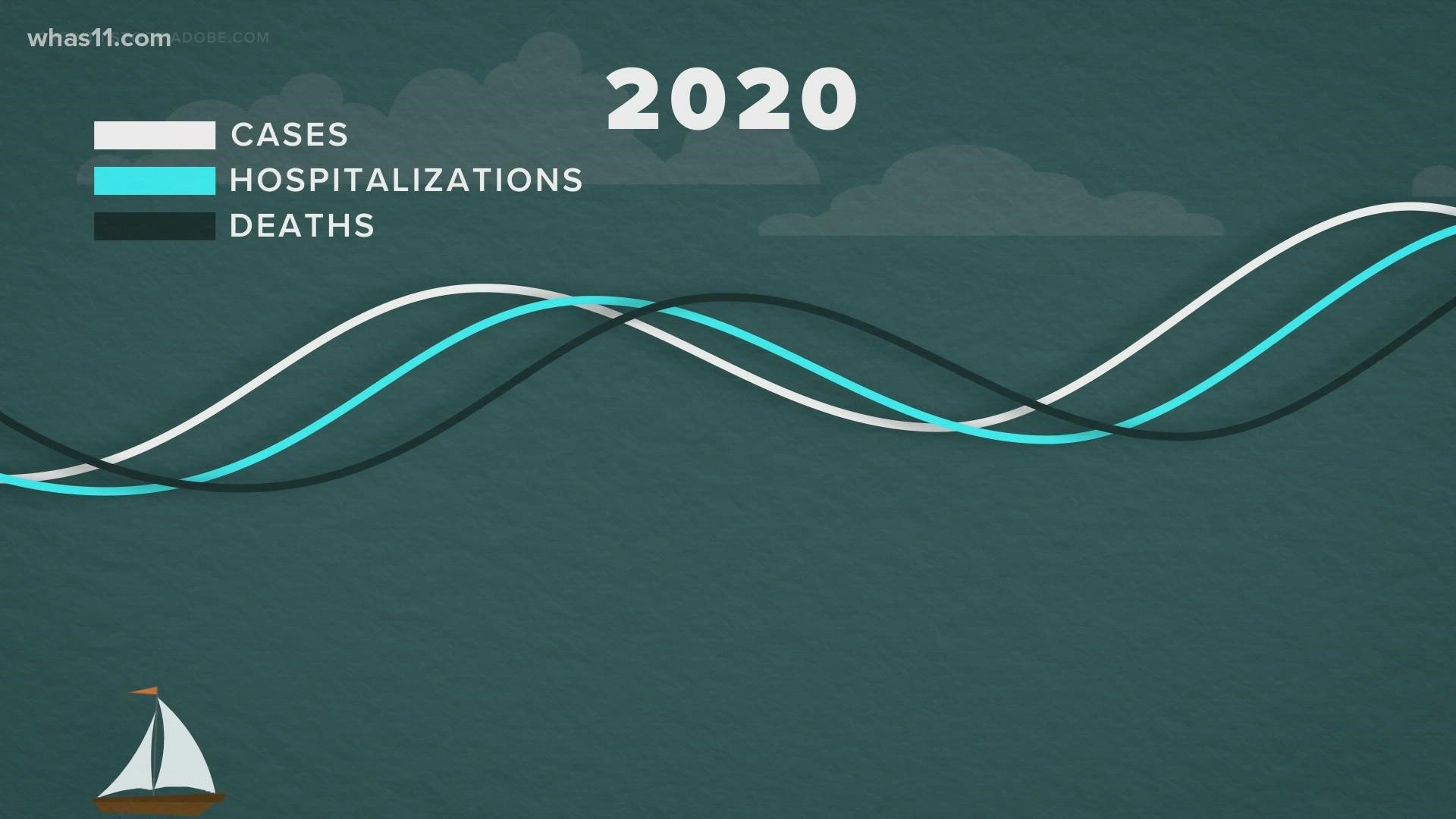 PIGEON FORGE, Tenn. — Twice a year, cars and people pack the streets of Pigeon Forge for the Rod Run.

"My dad loved to take his car there," Brooke Surratt Wilson said.

James and Carol Sue Surratt were Rod Run regulars for the last 20 years. They loved old cars and the fellowship they established with other people in the automobile community.

James and Carol Sue's cousin, Jennifer Cansler, also attends the Rod Run each year. She loved whenever they came to visit.

"James's love for cars was big. He had the 1969 Camaro for many years," Cansler said, " And he brought it up here and then, actually, just a couple of months ago, he came to Marsh town and bought a 69 Roadrunner."

According to Wilson, the Roadrunner was the first car her dad ever owned when he was just 16-years-old. She said he worked to pay for the car himself. The car meant a lot to him back in the day, and getting it again at 67 was very fulfilling.

Except, James only got to drive it one time.

The plan was the bring the Roadrunner to Rod Run this year, and that never happened.

"My daddy James and Carol Sue were diagnosed with COVID back in August, my stepmom received it first," Wilson said.

Her stepmom went to the doctor for her symptoms. However, James started showing symptoms three days later.

"They couldn't get rid of the coughing and their fevers wouldn't break," Wilson said.

Wilson said it was so hard to see them go through that type of pain. Her dad, James, was always a fighter. He beat cancer just five years prior and even survived being hit by a car.

"He's been through so much in the past five years," Brooke said, "But, COVID on top of that was just too much."

Wilson was also extremely close with her stepmom, Carol Sue.

Both James and Carol were in the hospital with severe symptoms for a few days. Then, within 30 minutes of each other, they were transferred to the ICU.

The couple both had COVID-induced Pneumonia and they both ended up on life support.

Cansler agreed that the couple is in a better place.

"They all believed in the Lord. They believed the Lord would heal them. And He did. He took them on home," Cansler said.

The Surratt's passed three weeks before the Rod Run. One of their favorite events of the year.

Every year, for the past 20 years, they stayed at the Valley Forge Inn in Pigeon Forge. They always stayed in the same room, 101, right next to the lobby.

"He [James] and the owner of Valley Forge Inn, who also owns a 1969 Camaro, would talk for hours about their cars," Wilson said. "This is where the friendship began for them."

The Surratt's had a lot of memories from the Inn. They had fellowship with other Christ-followers that also religiously returned to Rod Run.

"My daddy actually even baptized somebody in the swimming pool, there at Valley Forge one time," Wilson said.

To honor the Surratt's lost lives, the management at the Valley Forge Inn closed room 101 for the weekend of Rod Run. A white bow sits outside the window with pictures of James and Carol Sue alongside their beloved 1969 Camaro.

"I was so touched and I loved it, it was really touched my heart," Wilson said.

An act of kindness that will resonate with the family for a long time.