The box, which will be unveiled on Aug. 30, is the 78th box installed nationwide. 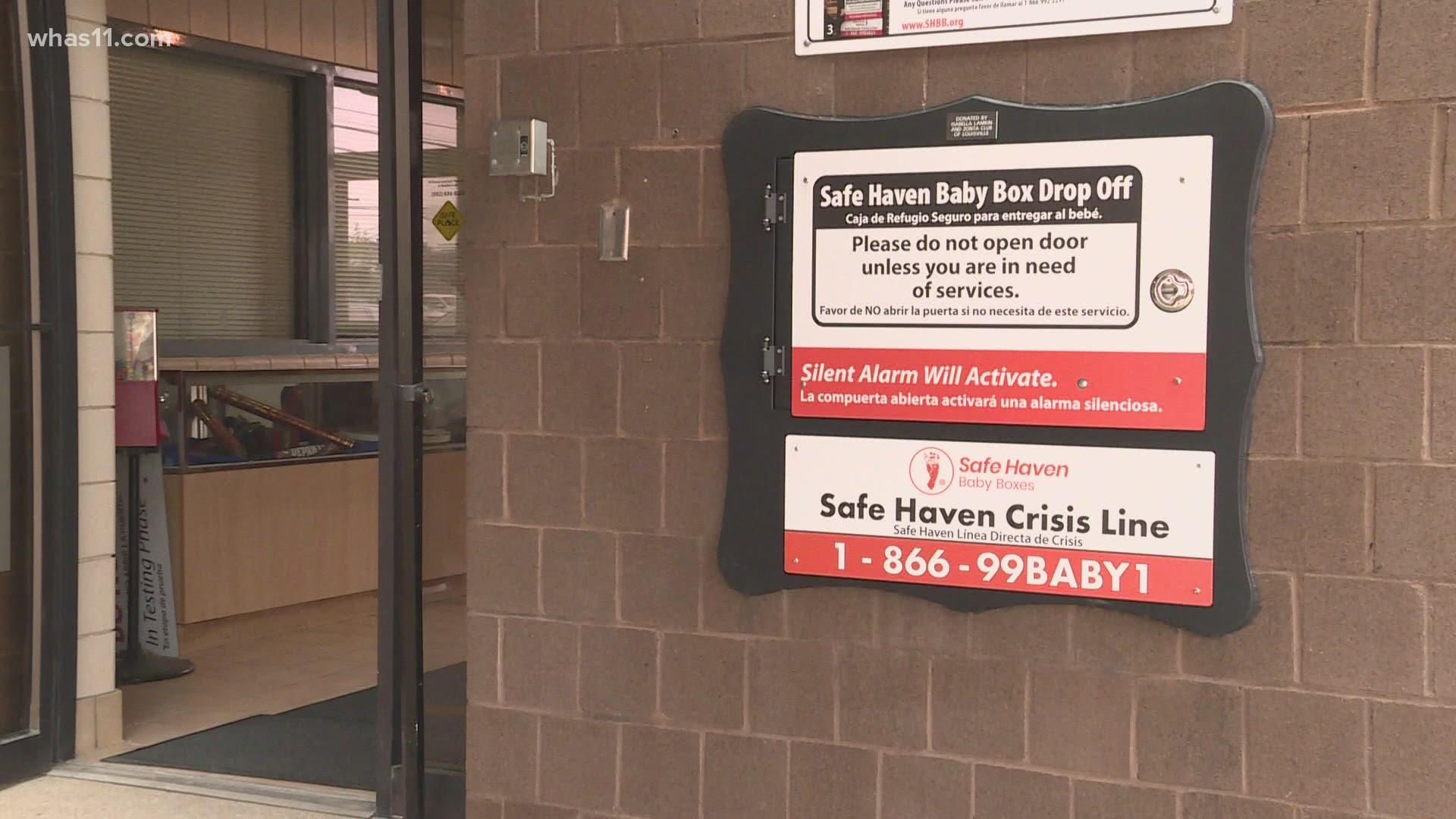 The box located at Zoneton Fire Station No. 1 in Shepherdsville will be available to the public starting Aug. 30 after a community unveiling at 1 p.m. This box will be the first one in Bullitt County and the 78th installed in the country.

Donations by the Zoneton Fire Board of Trustees, Kim and Nick Melton and anonymous donors made this box possible.

Kentucky Governor Andy Beshear signed House Bill 155 in 2021, expanding the state's Safe Haven Law. The updated legislation allows parents to anonymously surrender a newborn baby to a hospital or fire station if they are unable to care for it.

The first Safe Haven Baby Box in Kentucky opened on July 1 in Okolona and two boxes were unveiled in southern Indiana earlier this month. Click here for a full list of locations.

Monica Kelsey launched the nonprofit Safe Haven Baby Boxes, Inc. in 2015, inspired by her own story. Kelsey was abandoned as an infant and has since committed her life to helping other children like her.

Since the launch of the organization, more than 75 baby boxes have been installed nationwide.

According to the nonprofit, 12 babies have been surrendered at baby boxes since 2016, and half of those were saved in 2020.