'It's time to step up.' JCPS coaches open dialogue on racism, participate in protest

One JCPS coach with one thought was able to get 35-40 coaches to participate in protests calling for an end to racism and inequality. 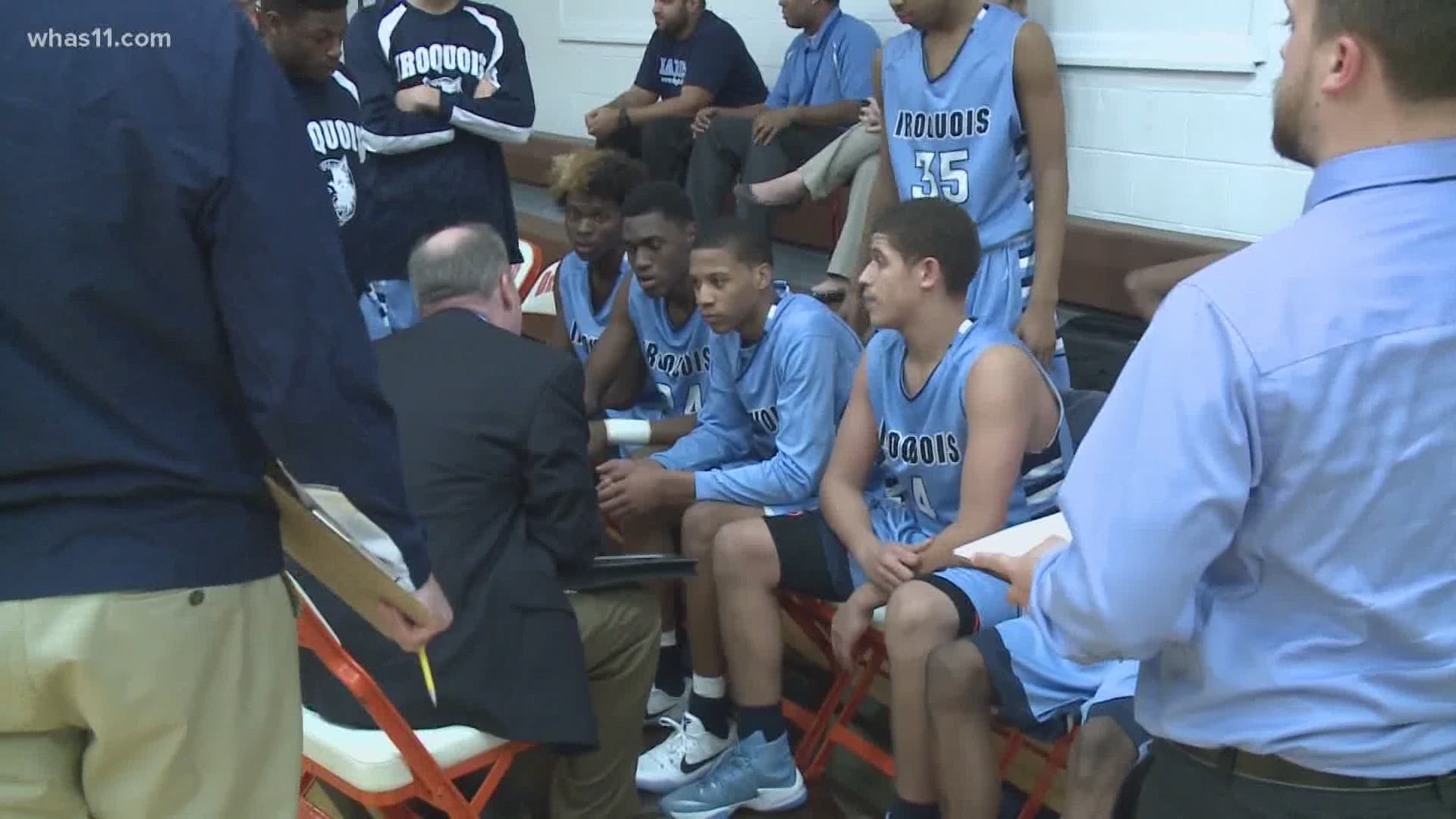 But what he needed to figure out was how. So he called Central boys basketball head coach Doug Bibby.

"I know I'm a white coach. I want to be a voice to help you guys out,"  Tudor said he told Bibby.

"I've never walked in your shoes," Bibby recalled Tudor saying. "I don't understand what it takes to be a black person. And my team is predominantly black. What can I do as a coach to help that help bridge that gap?"

After the call, Bibby started to organize something. He worked for 12 hours, reaching out to various Jefferson County Public Schools coaches. The result was a march of about 35-40 of them across different sports on June 7.

"Some of us know each other really well," Iroquois head boys hoops coach Jeff Morrow said. "And some of us don't know each other that well. But yet the reason for being there was the most important thing."

"I was definitely pleased with the turnout we had. But we can't stop there. We can't sit here and say Kumbaya," Bibby said. "

Bibby wants that march to be the start of more open conversations and actual action to fight racism.

"I'll talk to white coaches and they say, 'Coach, man, are you mad,'" Bibby said. "I've been mad. Our kids have been mad. This isn't a conversation that us as black coaches, I know at least on my staff, that we just brought up in the last month. We've been talking to these kids about the racial divide for a long time."

"I need to reach out more for that subject," Tudor said. "It's uncomfortable at first, but after you start talking about it, then it becomes a conversation you can have with people and I feel that's where they grow out of that."

"Coaching is about relationships," Morrow said. "Our kids are not going to, no matter what color...if I'm a white guy, they're not going to listen to me or accept what I'm telling them if they don't trust me."

"We've always been discriminated against," Bibby said. "So it's no big deal for me. So I think what white coaches have to do is create and start that dialogue. Turn to the players and say, 'Man, what's going on out there today?' How do you feel about the way you're perceived in this community?'"

From there, Bibby has already started taking action. He said he has a meeting scheduled with JCPS athletics director Jerry Wyman, as well as other coaches and athletics directors. The Yellow Jackets head coach wants to try and start a program to get more young, black teachers and coaches into the school system.

"We can't correct until we connect," Bibby said. "If a kid has to take the TARC home, he has to get there, it takes him an hour and a half to get there. Then when he gets home, his mom works a third shift, he has to put his little brother and sister to bed, has to make dinner, has to get them up the next morning to get them to the bus, then sit in the classroom all day, try to pay attention and then go to practice after that.

"That's pretty tough. And if you don't understand that, if you haven't connected with that kid, then you're not going to understand how to relate to them."

"I've been doing this 23 years and I've coached a lot of good young men," Morrow said. "But I still have not walked in the shoes Coach Bibby has walked in and that many of my players have walked in."

And the path to understanding that more begins with what these coaches have learned from talking with each other.

"You always tell your kids that you got to come out of your comfort zone," Morrow said. "You're not going to improve as a player if all you're willing to do is accept the skills that you may have. You've got to be willing to expose your weaknesses. And that's the same thing that coach is talking about here."

"If you just want to sit in the locker room and think that everything's hunky dory, well then I think that's the problem," Bibby said. "Being silent right now, that's not helping the racial divide."