'Swimming is the only sport that can save your life': How to protect your children in the pool

One in five people who die from drowning are children aged 14 or younger. 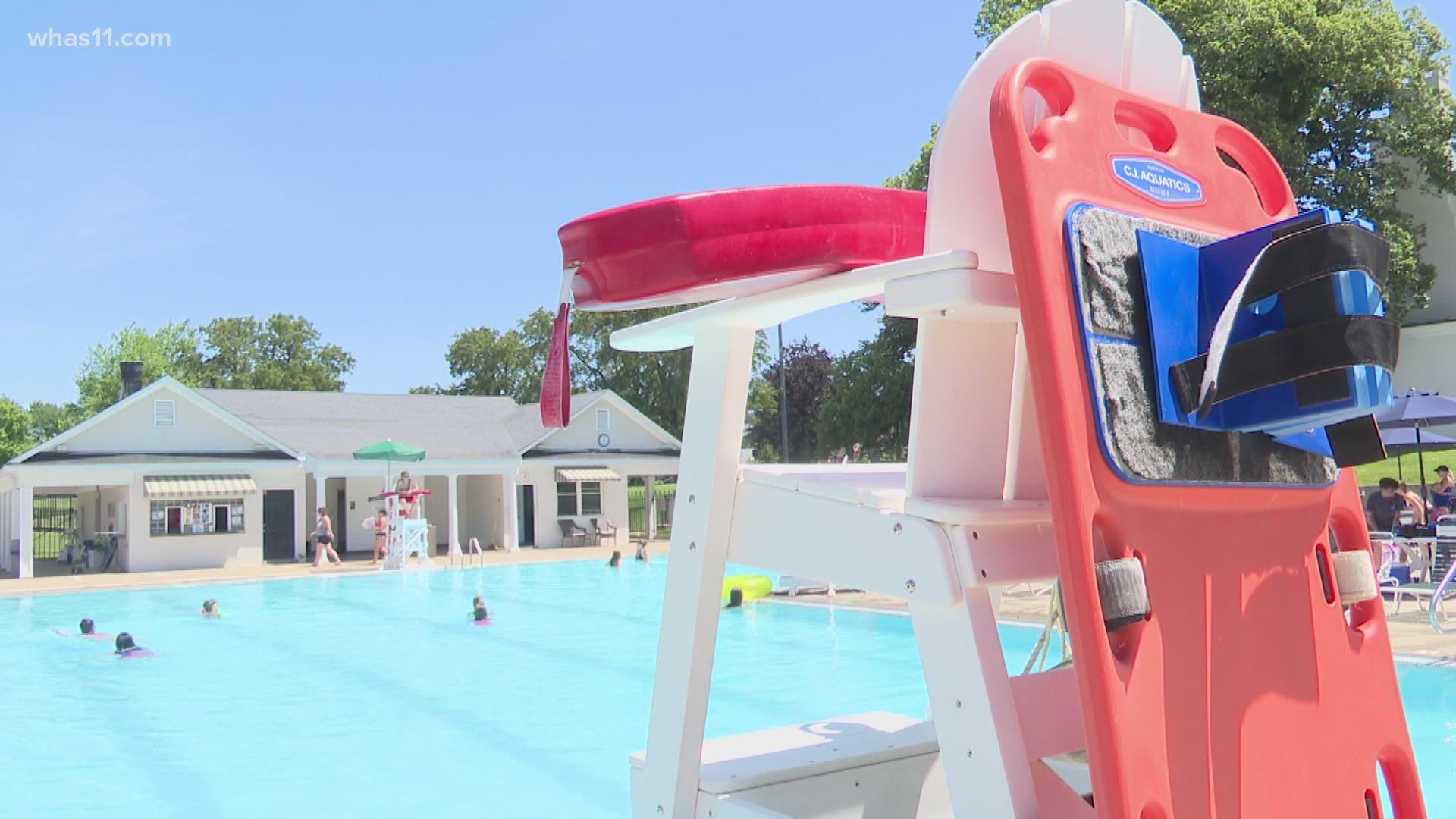 LOUISVILLE, Ky. — As the temperature rises, more and more people are putting on swimsuits and heading to the pool. But while summer means more fun in the sun, it can also be one of the most dangerous times of the year for children.

About 10 people die from unintentional drowning every day, according to data from the Centers for Disease Control and Prevention. One in five people who die from drowning are children aged 14 or younger, and for every child who dies there are another five who receive emergency care for nonfatal drowning injuries.

A Louisville toddler was taken to the hospital in critical condition Sunday after being rescued from a residential pool. Louisville police said officers found a family member performing CPR on a two-year-old who was pulled from a pool in southwest Jefferson County. The child, officials said, was resuscitated.

"Unfortunately, it's just that time of year where it's going to happen, but it is easily preventable," said Jordan Yuodis, spokesperson for Jefferson County Fire.

Drowning ranks fifth among the leading causes of unintentional injury death in the U.S., and Yudois said it can happen anywhere.

"We've seen the small little blow up pools that people have in their backyard, to pools...to rivers or lakes," Yuodis said. "You can drown anywhere."

Amy Albiero, owner of Safesplash Swim School, spends her time teaching people as young as six months how to swim. She is an advocate for swimming lessons for all ages, saying it is a life skill that should be mandatory.

"Swimming is the only sport that can save your life," Albiero said. "We know that being involved in swimming lessons reduces your risk of drowning by 88% percent that is a huge percentage."

Albiero said parents can get distracted, saying the biggest precaution parents can take to prevent their child from drowning is supervising their child in or near the pool.

"When most kids drown, they weren't expected to be in a pool or near a pool," Yuodis said. "A lot of the times, you have it where it happens on a day like today, and somebody takes their eyes off the pool for a second and it's all it takes."

Albiero also said floatation devices should be used, and pinpointed one part of the pool parents should monitor.

"In a pool that has steps, that step down into the pool, that can be your most dangerous because that is where a young person can step down," Albiero said. "If they step one step that brings them under, that is going to be a silent submersion, there isn't going to be thrashing or yelling."

Louisville council member Donna Purvis (D-5) recently teamed up with YMCA instructors to pilot a program that gives free swimming lessons to kids in her district as public pools opened over Memorial Day weekend. The lessons required parents to have some sort of role in the lessons.

Yuodis said everyone is encouraged to be CPR-certified if there is a drowning.

RELATED: Toddler in critical condition after being rescued from pool, resuscitated

RELATED: Louisville councilwoman partners with the Y to get free swim lessons for children