The Ali Center launched 'Truth be Told' Wednesday which provides detailed historical accounts of Black history in America that are often misinterpreted. 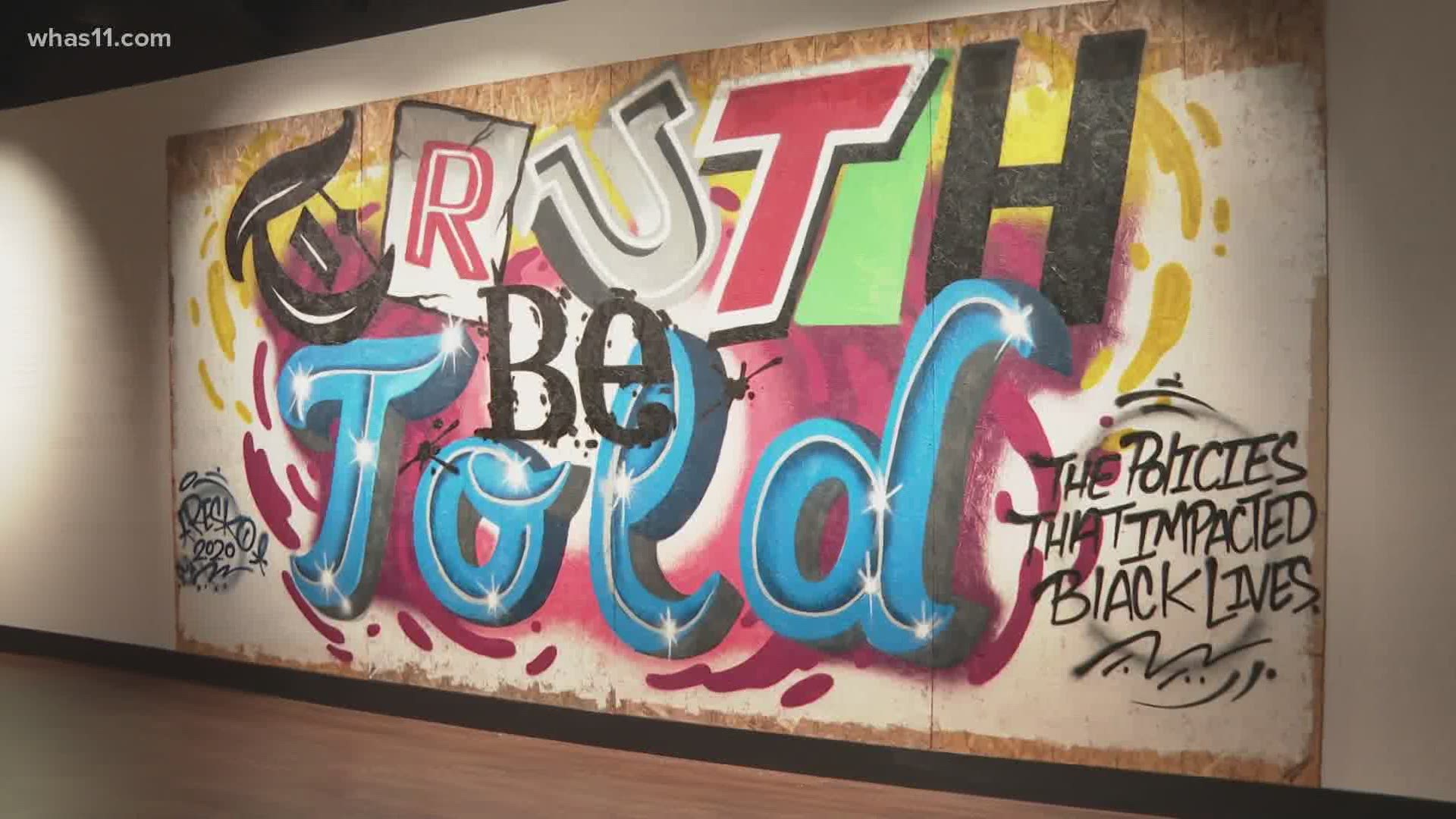 LOUISVILLE, Ky. — A new exhibit is using protesters in Louisville to tell stories of policies that have impacted Black lives. The Muhammad Ali Center launched 'Truth be Told' Wednesday which provides detailed historical accounts of Black history in America that are often left out of history books or misinterpreted.

"People don't believe that systemic racism exists," president and CEO of the Ali Center Donald Lassere said. “We need to tell that history and what’s more important is that people need to understand that history.”

As the marches and rallies in Louisville continue, the new display shows some of the chants and illustrates the national cries for racial justice.

"When things get kind of amplified it kind of all gets disarray and the message gets lost," Louisville artist Braylyn Resko Stewart said.

The exhibit is an exploration of policies that are rooted in systemic racism from slavery, poverty, to Jim Crow laws and the criminal justice system.

"Let us learn from these policies and right our wrongs," Council of Student at the Ali Center Ahmaad Edmund said. "This exhibit tells us we don't have to put on a mask anymore, it tells us that we don't have to be distant from the harsh realities of this nation."

The art highlights events from the early 1600s up to the present day.

"Policies that were written to dehumanize and disenfranchise Black people in this country," Edmund said.

It is parallel to what protesters in Louisville have been marching for to demand change as the city waits for a resolution in the Breonna Taylor case.

The protesters' voices have inspired the various messages that are stamped on plywood panels taken from boarded-up buildings in Louisville.

"Which are generally put up as a barrier to keep people out and we were using [the plywood] as our platform," Harden said.

It took Louisville artist Braylyn Resko about an hour to pour his heart into the eye-catching centerpiece.

"My friends who are down there protesting take a break come read these policies, come recharge your energy, get your mind straight and then we can really hit the streets and do things in a more economic and impactful situation," Stewart said.

The Ali Center hopes the exhibit will educate and help others learn from the country's past in order to foster a brighter future.

"There is someone walking around in our community that has a piece of this exhibit," Harden said.