Mayor Fischer said the challenges of 2020 also present opportunities to transition and transform the city for the better. 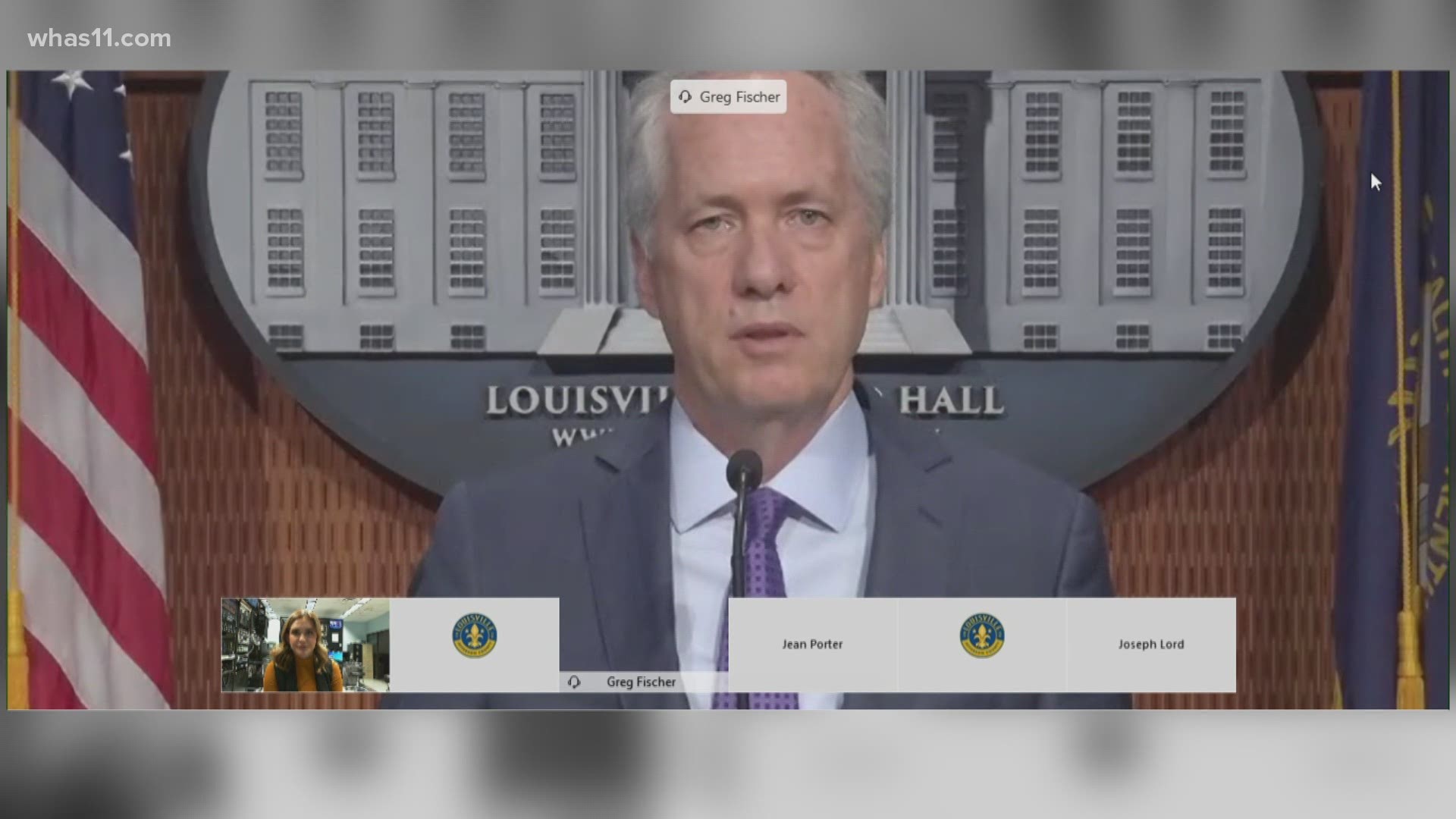 LOUISVILLE, Ky. — The City of Louisville faced historic challenges in 2020 – COVID-19 followed by the economic downturn, the calls for racial justice and an increase in gun violence.

Despite them, Mayor Greg Fischer said the city will move into the New Year with a unique opportunity to grow from “tragedy to transformation” while being optimistic about its future.

“That’s because even through these difficult moments, I see signs of strength, resilience, determination and community connection that I believe put us in a position to emerge from this period as a stronger, more unified, and more equitable city than ever before,” Fischer said. “And my team and I are working with many community partners to make that a reality.”

During his year-end interviews on Monday, the mayor also addressed the city’s work on battling COVID-19 and its impact on the economy. The city has invested $30 million in grants and low-interest loans to help small businesses and $10 million for those who were financially impacted to help pay utility bills.

Louisville residents are still impacted with housing and food insecurity as a result of unemployment or businesses reducing hours. Fischer said the city has dedicated $21 million to three different eviction prevention assistance programs. So far, nearly $12.5 million has assisted 4,952 households and 9,626 residents in Jefferson County.

As Congress is passing a $900 billion relief package, Fischer said he is disappointed and concerned the lack of direct aid for state and local governments.

“We need that funding to ensure that the level of services we provide to our residents will stay intact,” he said.”

The mayor is looking toward economic strengths to help the city rebuild. Before the pandemic, Fischer said Louisville’s economic picture was “strong” with 83,000 jobs created in a ten-year period, 3,000 new businesses and $17 billion in capital investment which included $1 billion in west Louisville.

“Our foundational strengths include our business clusters: manufacturing, logistics and e-commerce, and wellness and aging care. And Bourbonism will be as popular as before – if not more so – once people start traveling again,” he said, adding that Louisville is within a day’s drive of 2/3 of the country; has new and renovated hotels; and a beautiful, renovated convention center. “These advantages will help us thrive economically again and will help bring back concerts, conventions and festivals, which will help reinvigorate our downtown.”

The mayor will look to improve racial inequality as he declared in early December that racism was a public health crisis.

He spoke about the Breonna Taylor case and WHAS11 News asked him if he were satisfied with his role in the case. Fischer called the case a “tremendous tragedy” and said it was complicated because there was no body camera video involved. He said officials did everything they could and will continue to do as it is an open FBI and professional standards investigation.

“What I’m determined to do is make sure that all the facts get out when it’s all said and done and it’s something obviously that’s really racked our city, its lead to further investments in equity and the reforms that came out of the Taylor settlement and other reforms that were put into place. So, a strong determination to make us a better city as a result of this tragedy that I wish never happened."

Moving forward, Fischer said the city will reimagine public safety which includes naming a new permanent head of Metro Police, a civilian review board and an office of inspector general he hopes to have filled soon.

Gun violence has been at the top of everyone’s minds as the city has seen 163 homicides, a new record.

Fischer mentioned the creation of the Group Violence Intervention, a community-based initiative that has successfully created opportunities to divert people away from violent crime and has reduced homicides and violent crime in other cities.

“We’ve reached an inflection point in our evolution as a city. A point when we have the potential to make historic progress, particularly in the areas of racial justice and equity,” the Mayor said. “To everyone in our city, I say, let’s seize this moment and transform our city together.”