Most of the area enters COVID red zone again: What you need to know for Aug. 5, 2021 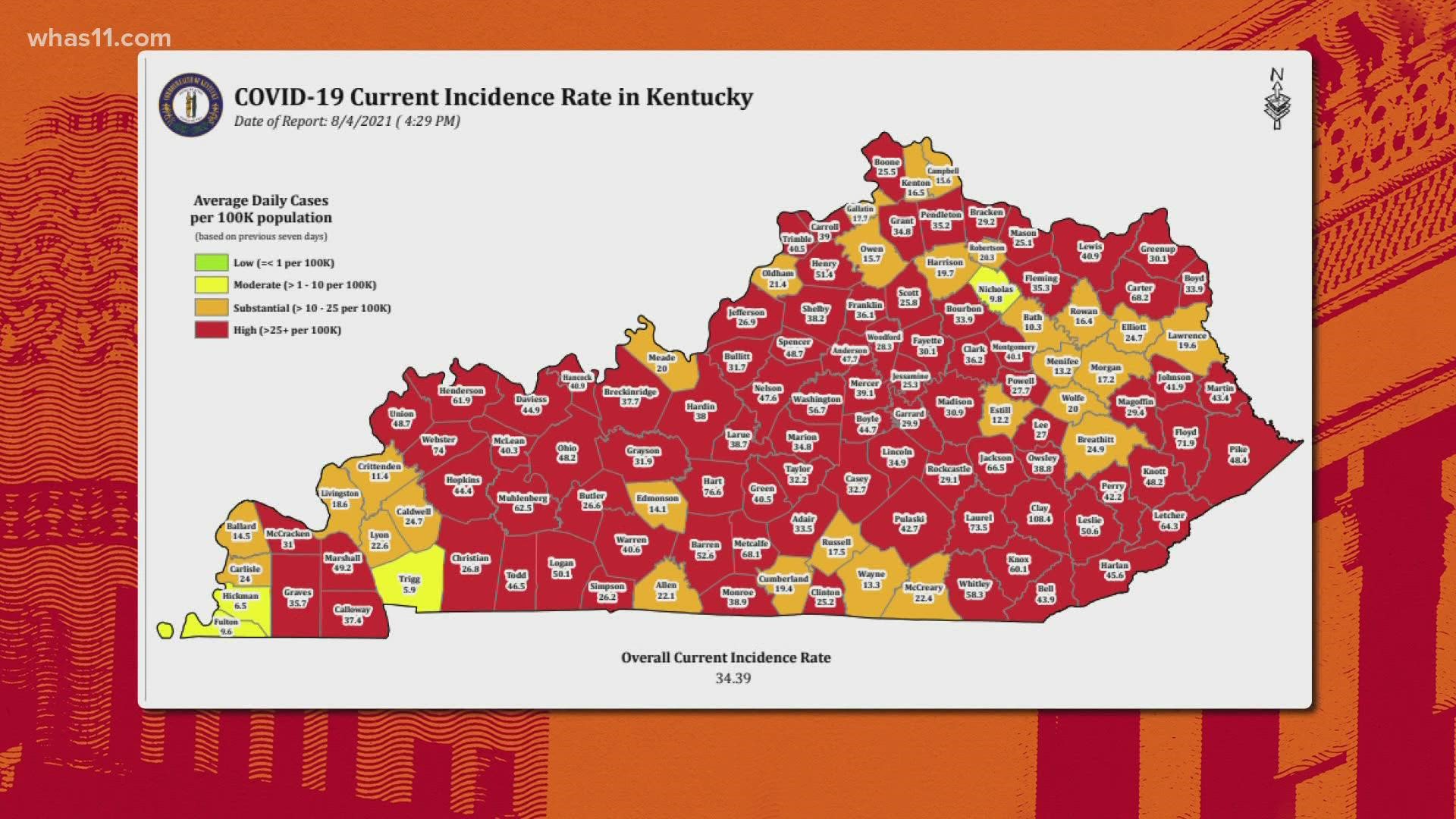 LOUISVILLE, Ky. — Happy Thursday! If you missed out on yesterday's Olympic events, here's a review for you. Now let's get into our area's top stories for Aug. 5, 2021.

A Jefferson County sheriff's deputy has been hospitalized after a shooting in the Shively neighborhood.

Louisville police said an off-duty deputy was working in a car lot in the 2600 block of Rockford Lane when a person walked up to their unmarked car and shot them.

The deputy was taken to UofL Hospital. Their condition is currently unknown, and there are no suspects or persons of interest. LMPD's Public Integrity Unit is canvassing the neighborhood, while K9 and air units help the investigation.

In the Red: COVID cases continue to rise in Kentuckiana

While neither Kentucky nor Indiana have re-implemented a mask mandate, most counties in both states are now in the red.

The CDC recommends people in counties with substantial (orange) or high (red) amounts of community transmission should wear masks indoors, even if they are fully vaccinated. While Jefferson County was previously in the orange, new data from the state shows Louisville in the red.

A former Louisville officer admitted to hitting a protester in the back of the head with a riot stick in May 2020.

Cory Evans resigned from LMPD in June when he was charged with one count of deprivation of rights after prosecutors said he struck a person surrendering for arrest in the back of their head while they were kneeling with their hands in the air.

The charges carry a maximum sentence of 10 years in prison, however Evans' plea agreement is for a sentence of no more than 48 months in jail, three years of supervised release and a maximum fine of $250,000.