The Bats want fans to #PackThePark at Slugger Field Tuesday night to celebrate the first game of 2021 without capacity restrictions. 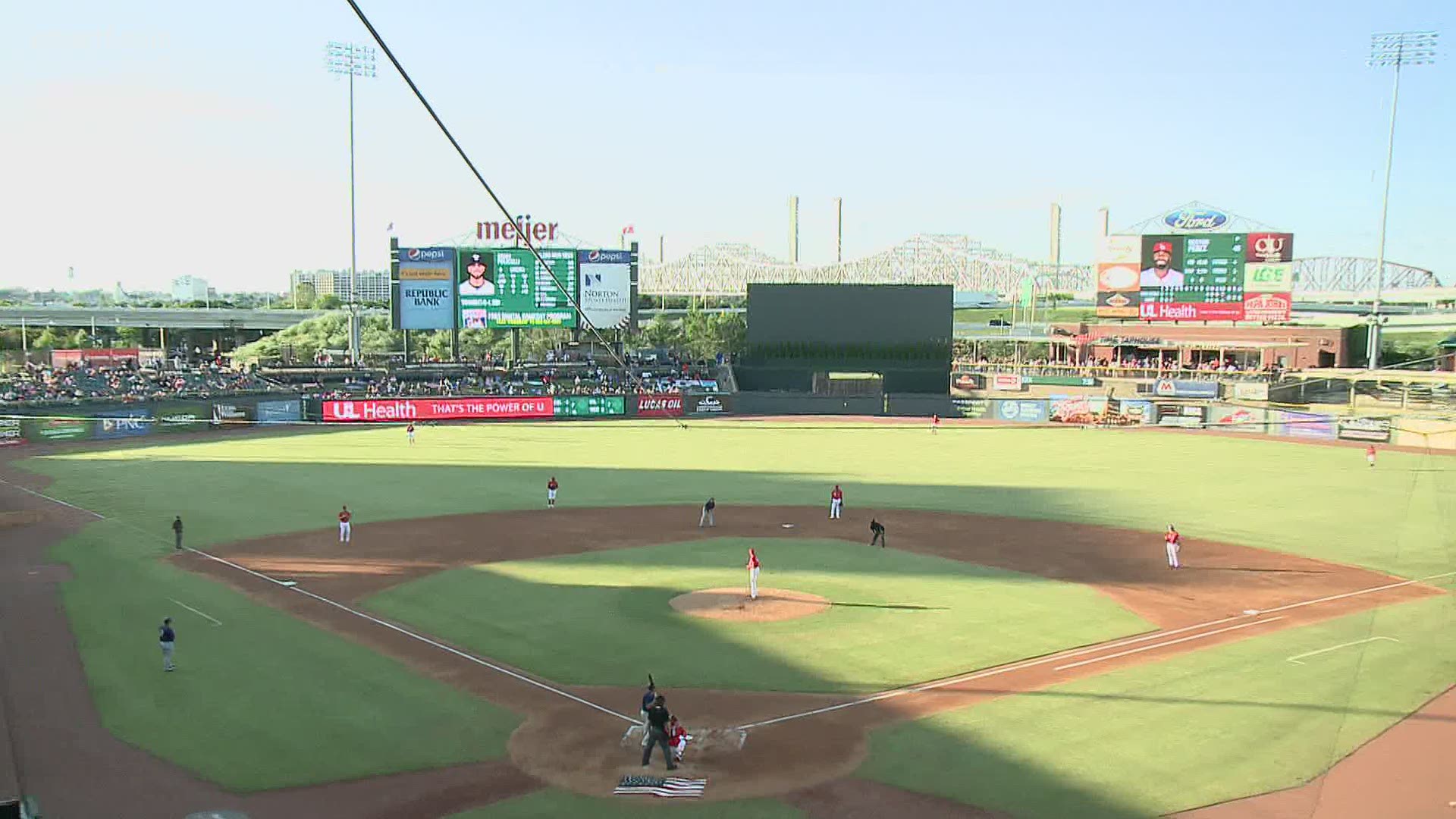 LOUISVILLE, Ky. — For the first time in 660 days, Slugger Field will return to 100% capacity. The Louisville Bats are hosting a "Reopening Night" on June 22 to celebrate and they are encouraging baseball fans to "Pack the Park" Tuesday night.

Fans will be treated to a buy-one-get-one-free ticket special on all lower-level seats for the game against the Indianapolis Indians at 7 p.m.

“We’re so thrilled to welcome back a full crowd to Louisville Slugger Field,” Bats Executive Vice President, Greg Galiette, said. “The best part of each season is seeing the smiling faces on fans at the ballpark night in and night out. We can’t wait to see everyone back at the park and we hope fans will take advantage of the ticket special to pack Louisville Slugger Field for our first full-capacity game in nearly a year and a half.”

The game is expected to feature a post-game fireworks show and $1 concessions throughout the evening. There are still tickets available to Tuesday night's game. They can be purchased on the Louisville Bats website.

PERFECT weather, awesome fireworks, & much more awaits YOU tonight at the ballpark!

During the pandemic, new amenities and improvements were installed at Slugger Field.

According to the Bats, these new enhancements include two new bars in the outfield, expanding the kids' play area and three new LED video boards. Renderings of the new features are available on the Louisville Bats website.

For fan safety and comfort, the netting has been extended and the bleachers have been removed.

"Take your time and just walk around the entire ballpark at least one time during the evening," Galiette said. "Just take in all the ambiance and all the new amenities that we put into the ballpark."