The radio station described Randolph as a "creative force" in the 60s and 70s. 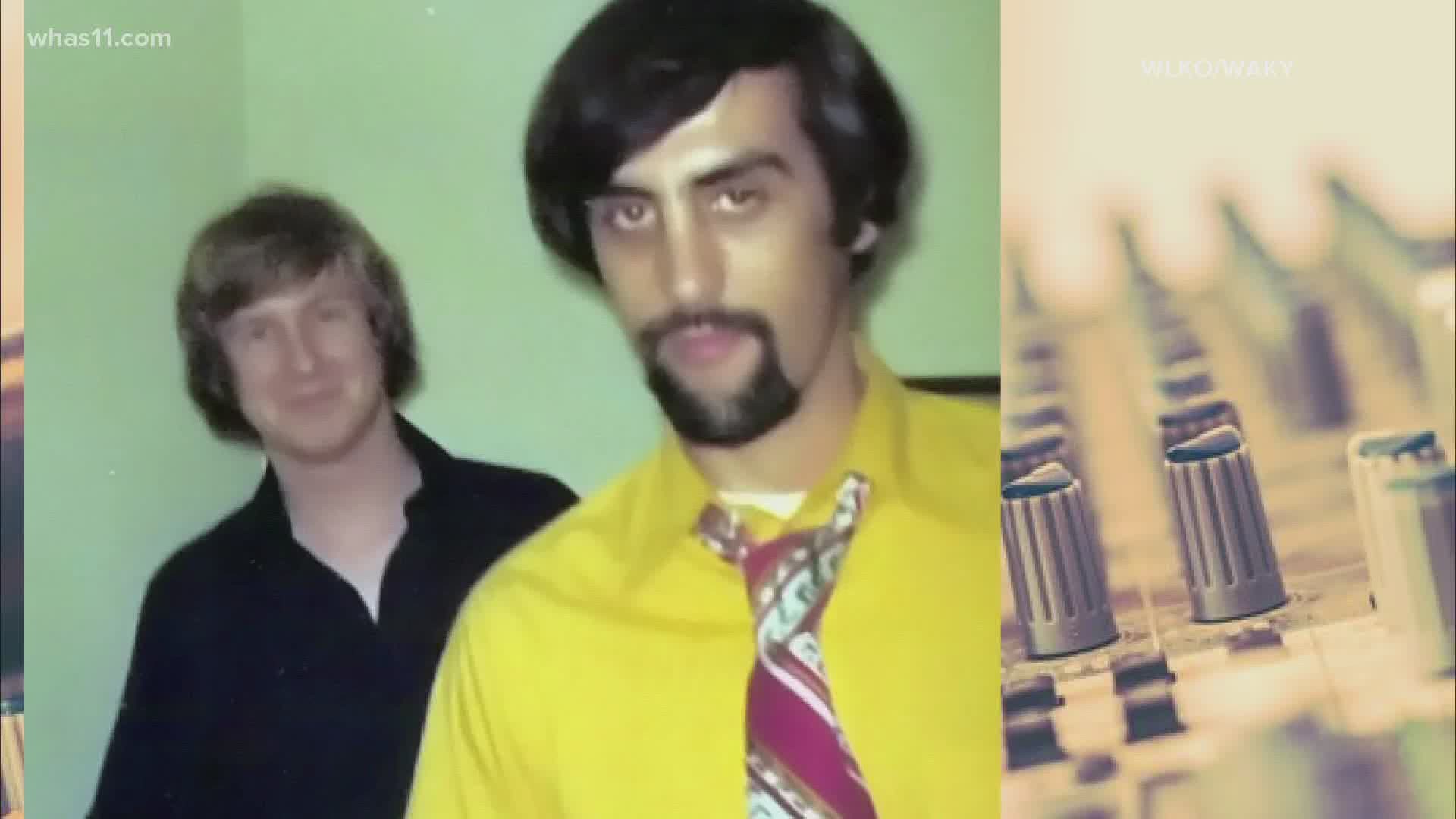 According to the WAKY Radio website, Randolph was the Program Director and a DJ for 79WAKY-AM during the 60s and 70s. After 1979, he went into ownership of a few smaller radio stations in Kentucky before retiring in the 1990s.

Randolph came out of retirement several times, working for stations in Tennessee, Alabama and Indiana before returning to Louisville. Until his death, Randolph hosted an afternoon show on WAKY.

"When John first came to Louisville, he came to WKLO radio and that's where I first met him, he was doing radio and I was doing news," said WHAS11 Meteorologist Reed Yadon.

That wasn't the last time they'd work together, Reed was News Director at WAKY while Randolph was the Program Director.

"You could always tell a radio station that John had anything to do with because there were a few technical things that John would do that made the radio station sound like no other," Yadon said.

Getting that sound involved the modulation levels and the different ways of achieving it.

"Engineers didn't like it all the time, but that didn't stop John," Yadon said.

Randolph leaves behind his Louisville legacy, his voice and zany personality streaming into homes across the country.

"I think he lived and breathed radio 24 hours a day and it's great that everything came full circle for John," Yadon said. "He loved radio right up to the very, very end. John was radio."

WAKY Radio said funeral arrangements are pending and Randolph's family has asked for privacy at this time.

"For us, and you his WAKY fans, Johnny will be sadly missed and lovingly remembered," the station said.

The post on Facebook was filled with hundreds of comments from fans, remembering Randolph and his legacy in Louisville.

"My childhood would've been shallow and my professional life still in the starting gate had it not been for Johnny," one person said. "My eternal appreciation and my sincere condolences."

"I'm just devastated," another person commented. "I've listened to WAKY for nearly 60 years and when things like this happen, I feel like I've lost a member of my own family."

The station said listeners may hear Randolph's voice again on WAKY, as they may use some pre-recorded content on the air.

According to its website, WAKY is known for playing the "greatest classic hits" in Kentucky and southern Indiana. The station features artists like Elton John, Journey, the Beatles and Michael Jackson.