'Halloween Street' won't be in full force this year

With construction, COVID concerns, and growing popularity, many of the houses on Hillcrest Ave. won't be handing out candy or even putting up decorations. 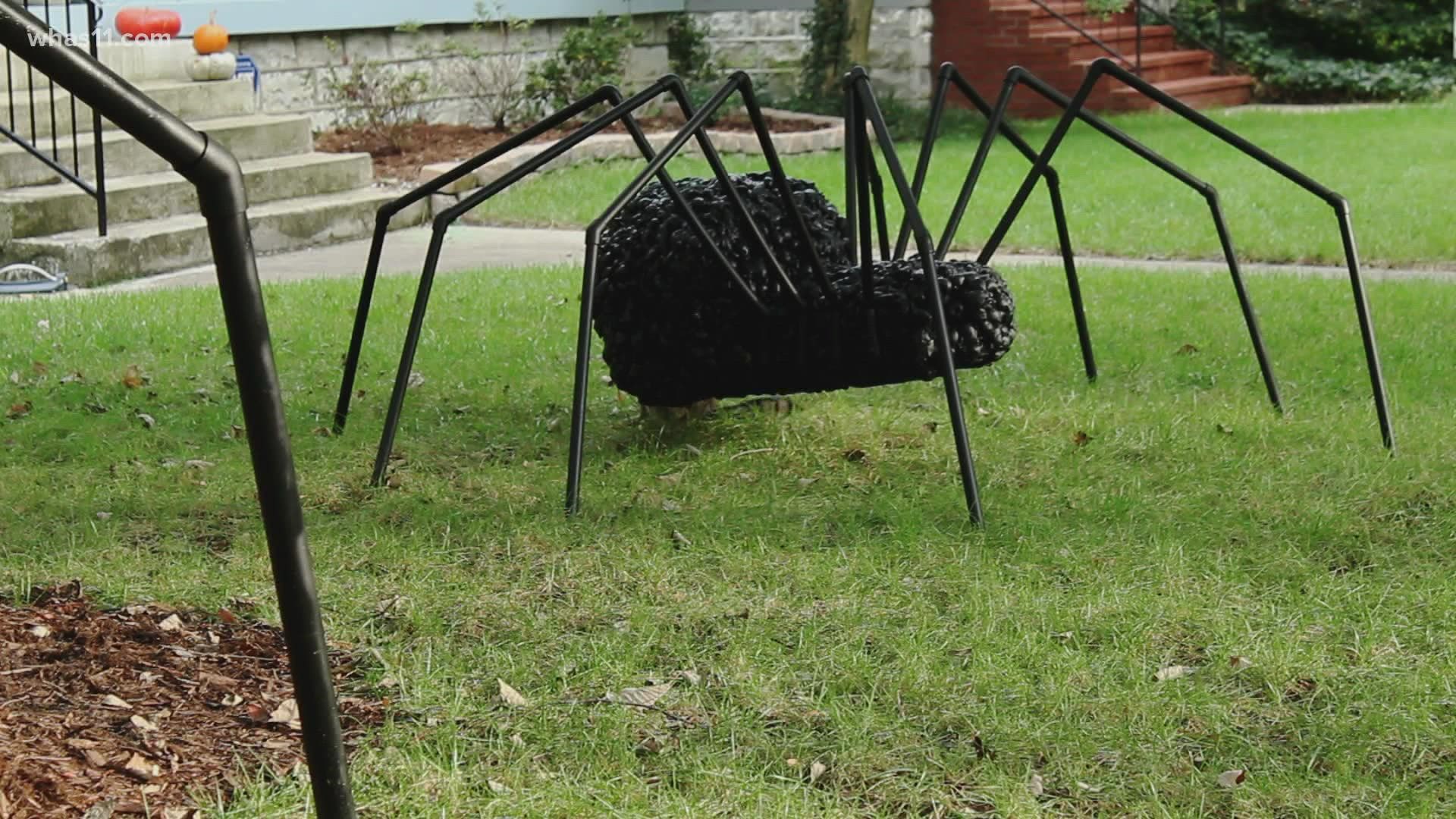 LOUISVILLE, Ky. — Thousands of people flock to Hillcrest Avenue every October to see decorations. Thousands more come on Halloween to trick or treat.

It's been a tradition for decades.

Jessica Powell and Brian Adams moved into their Hillcrest home two years ago.

It goes beyond the candy - their front yard is filled with giant spiders, made from boxes, tubing, trash bags, and spray foam.

To make Halloween spectacularly spooky, the whole block is lined with skeletons, dolls, and interactive displays, but the usual grand displays will be a bit more muted this October.

While the three blocks normally have about 60 houses with decorations, Diana Gautier predicts there will only be about 20 this year. She's the unofficial rep for Hillcrest Halloween.

There are three main reasons for the change:

A Louisville water company project is cutting off access to Hillcrest from Frankfort Avenue, creating the biggest - and most literal - roadblock.

So, if Hillcrest is on your trick or treat route this year, the people who live there said to take it off.

"A lot of the neighbors have gotten together and we've talked and decided that for the most part, we're not going to pass out candy on Halloween, said Diana Banks, who lives one block over from Gautier.

"Just because of the potential for danger and people getting hit and clogging up the traffic and there's really no way to get all the way through anyway."

Banks grew up in this house and is still putting up decorations, though she said the set-up this year is much less elaborate. She and her neighbors said they love seeing people visit their street to look at their homes, but hope there won't be too many on Halloween.

Instead, they ask that folks drive or walk through any other day in October.