Fish fry Fridays return at some churches with changes for safety

Some parishes decided to not hold fish fries this year because of the pandemic. 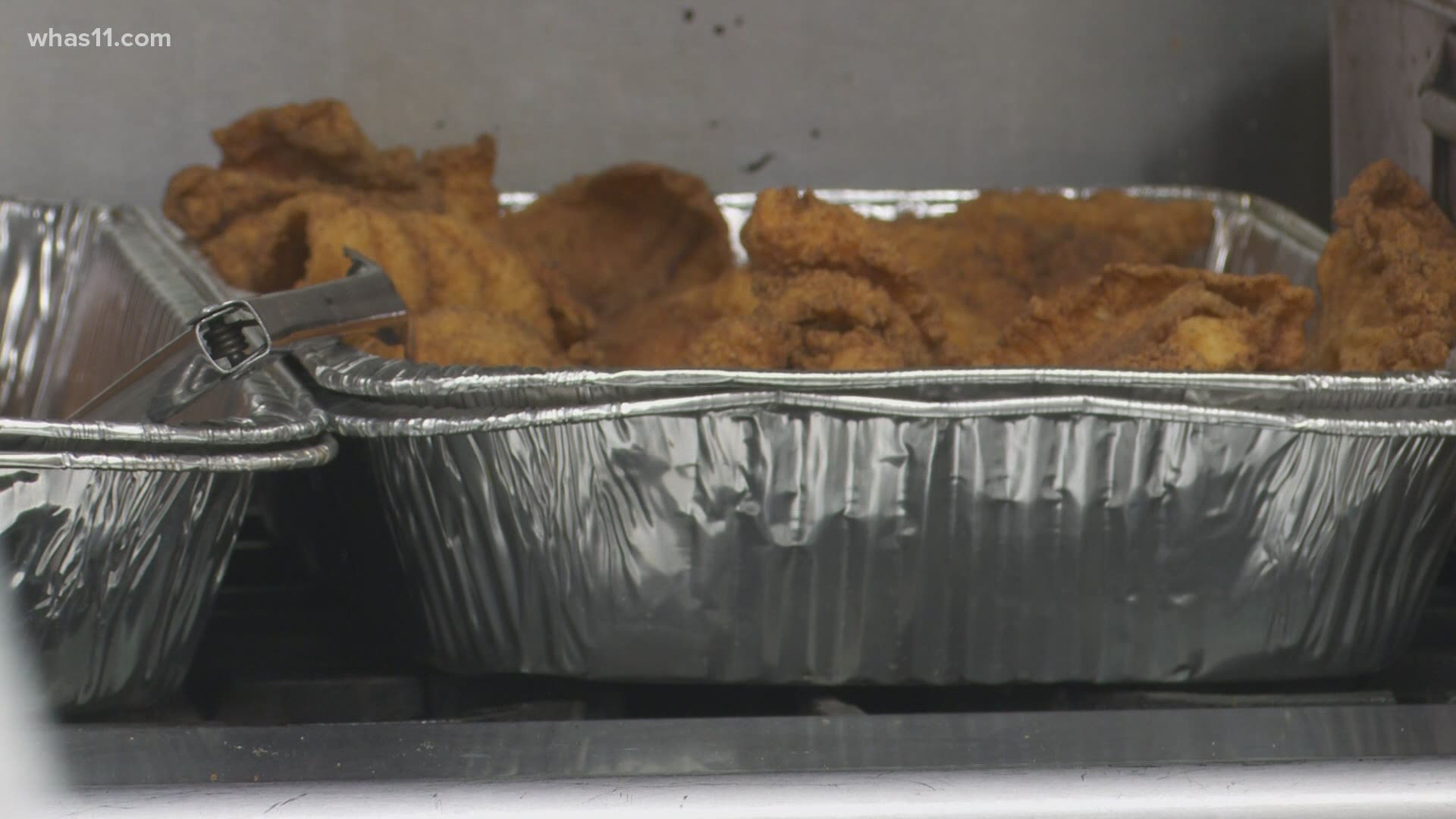 LOUISVILLE, Ky. — It's the first Friday of Lent, which means fish fries are back, though they will look different this year.

At St. John Paul II off Goldsmith Lane in Louisville, Friday fish fries have been a tradition for more than 30 years during Lent. This year they are returning but there have been several changes put in place as a result of the coronavirus pandemic, which shut down fish fries early last year.

"It's just good to get back to some normalcy, a little bit, of anything," Jackie Graves, a volunteer, said. "I think people are ready to get out. You got to eat fish on Lent, so here we are. Come on out."

One thing noticeably absent at St. John Paul II's fish fry is a dining area. The gymnasium that would turn into a dining room with tables and chairs is now gone.

Instead, one side of the gym is dedicated to taking orders and payment while the other side prepares the orders, allowing volunteers to be more spaced out during service.

According to Graves, the menu has also been pared down this year, though the fan favorites like fried fish, baked fish and fish tacos are still available.

RELATED: LIST | Where to find fish fries, meals in Louisville during Lent

Some parishes decided to not hold fish fries this year because of the pandemic and many more decided to cancel their service this Friday due to the snow and ice.

The Hungry Pelican, which supplies fish for more than two dozen churches in the Louisville area, said he a drop this year compared to the first Friday of Lent last year.

Feige said the demand is still there and he expects more churches to order fish from him in the coming weeks as the weather gets warmer.

He said he anticipates he will likely do between 60 to 70 percent of the business he would normally see before the pandemic.

"I'll never be retired from Lent," he said. "I won't work for 46 weeks out of the year but for those six weeks, I'll be in here cutting fish and breading fish."