Red tape with the words ‘danger’ surrounded the building that use to house the Greater New Hope Church and the first synagogue in Kentucky. 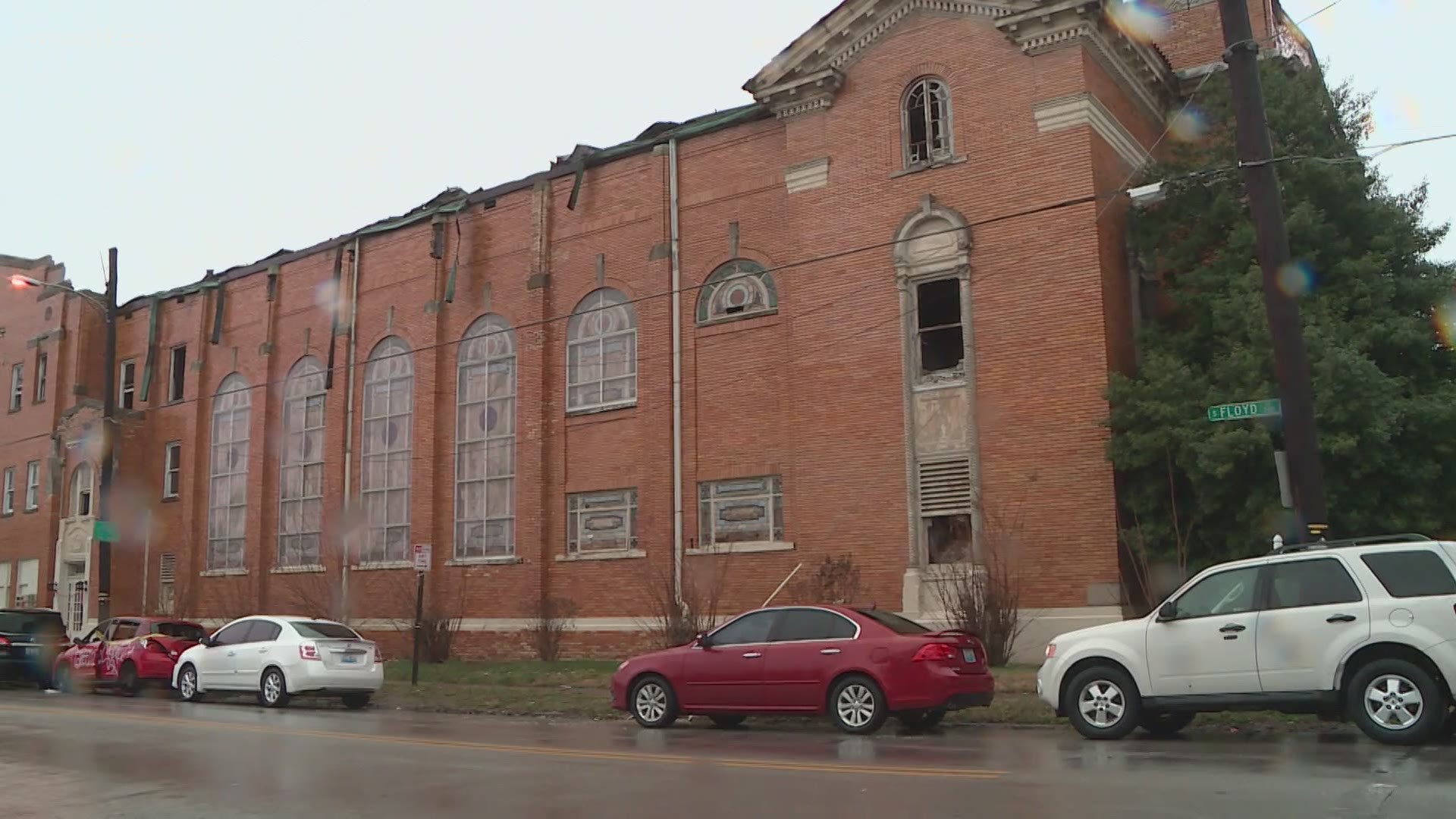 LOUISVILLE, Ky. — Louisville arson investigators believe the large fire at a historical vacant church Saturday night started close to the roof or in an attic area. Major Bobby Cooper with the Louisville Fire Department said Monday that “any and all things are considered.”

Firefighters were called to the 200 block of East Jacob Street around 8:45 Saturday and found heavy flames coming from the roof. About six minutes into the operation, part of the roof collapses and crews were evacuated.

It took more than 70 firefighters two hours to contain the blaze, but several crews stayed on scene until the next morning. No serious injuries were reported, but one firefighter had a minor injury to the face.

Red tape with the words ‘danger’ surrounded the building Monday, keeping people and crews out. Even the arson unit has had to investigate from the sky, and borrow LMPD's chopper.

Major Cooper said crews were able to get inside through the side of the building on Sunday “to take pictures” and “review burn patterns” but access is limited.

The building has been vacant for some time. It was up for auction this month, with bidding set to close on March 18, 2021, according to Auction Professionals of Kentucky's website. Now, the auction is on hold.

Major Cooper confirmed there was no electricity running through the building around the time of the fire.

“You think about things like lightning strikes, but we didn't really have anything like that that evening, but that is stuff that they'll review,” he said.

The building was the former site of the Greater New Hope Community Church, but long before that, it was one of the first synagogues in Kentucky.

Rosalind Fishman was a congregant there in the 1950s and 60s, before Keneseth Israel Synagogue moved to Taylorsville Road. Her memories of its beauty are now stained by broken glass windows and a collapsed roof.

“It was a real shock, it was like part of my heritage, as a kid growing up heritage, it was like oh my gosh,” Fishman said. “I'm very sad, yeah. It's a sad thing.”

The arson unit is still in the middle of a thorough investigation, but if they were to discover this fire was set on purpose, the person or people involved would face felony charges.

1 / 5
Jessica Farley/WHAS-TV
Crews work to put out a large fire at a vacant church in the 200 block of East Jacob Street on March 13.