Louisville priest denies allegations made by parishioners suing him for misusing church donations, according to court document

A civil lawsuit filed in October alleges Father Anthony Ngo is wrongfully using church money by converting some funds donated to the parish for his own personal use. 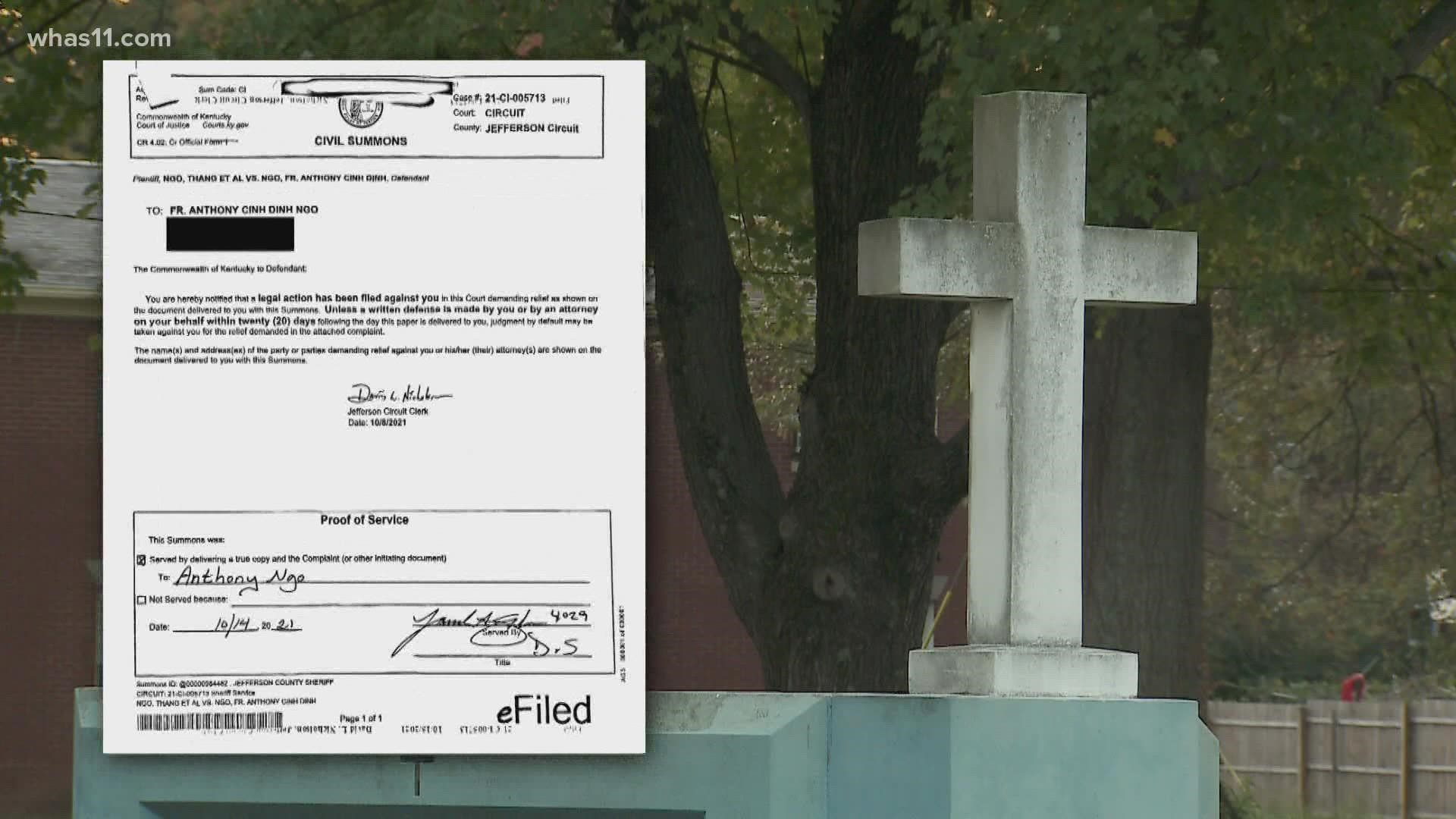 LOUISVILLE, Ky. — A long-time Louisville Catholic priest filed a response in Jefferson County Civil Court to a lawsuit brought against him by parishioners.

A civil lawsuit filed in October alleges Father Anthony Ngo is wrongfully using church money by converting some funds donated to the parish for his own personal use.

Ngo has been pastor at St. John Vianney Catholic Church in south Louisville for more than two decades.

When WHAS 11's Rachel Droze spoke to Ngo on Nov. 4, he declined to comment specifically on the case.

"I let the archbishop and archdiocese take care of it and I hope and we pray for the people who are trying to break up this community," Ngo said on Nov. 4.

A new court document filed by Ngo's attorney says there shouldn't even be a case, claiming the complaint isn't detailed enough.

"Plaintiffs' Complaint fails to state a cause of action against this Defendant upon which relief can be granted and must, therefore, be dismissed," the court document says.

Separation of church and state was also a major defense referenced in the court filing.

They claim this case can't move forward because of the ecclesiastical abstention doctrine, which is also called the church autonomy doctrine.

That bars courts from weighing in on religious matters, and instead says to defer decisions to the relevant religious hierarchy.

In this case, that would be the Archdiocese of Louisville.

Those bringing the suit against Ngo said they were removed from their volunteer roles on the parish council after raising concerns about church finances.

According to the Archdiocese of Louisville, a parish council consults with and supports its pastor. The pastor decides when the council meets and takes action.

In the defense's response to the initial complaint, Ngo denies retaliating against the men from the council.

Stuart Alexander, the lawyer representing the parishioners says now the case moves to discovery, which can take months.