In 1970, there were 438 priests serving the Archdiocese of Louisville in total. Compare that to today, and there are only 178. 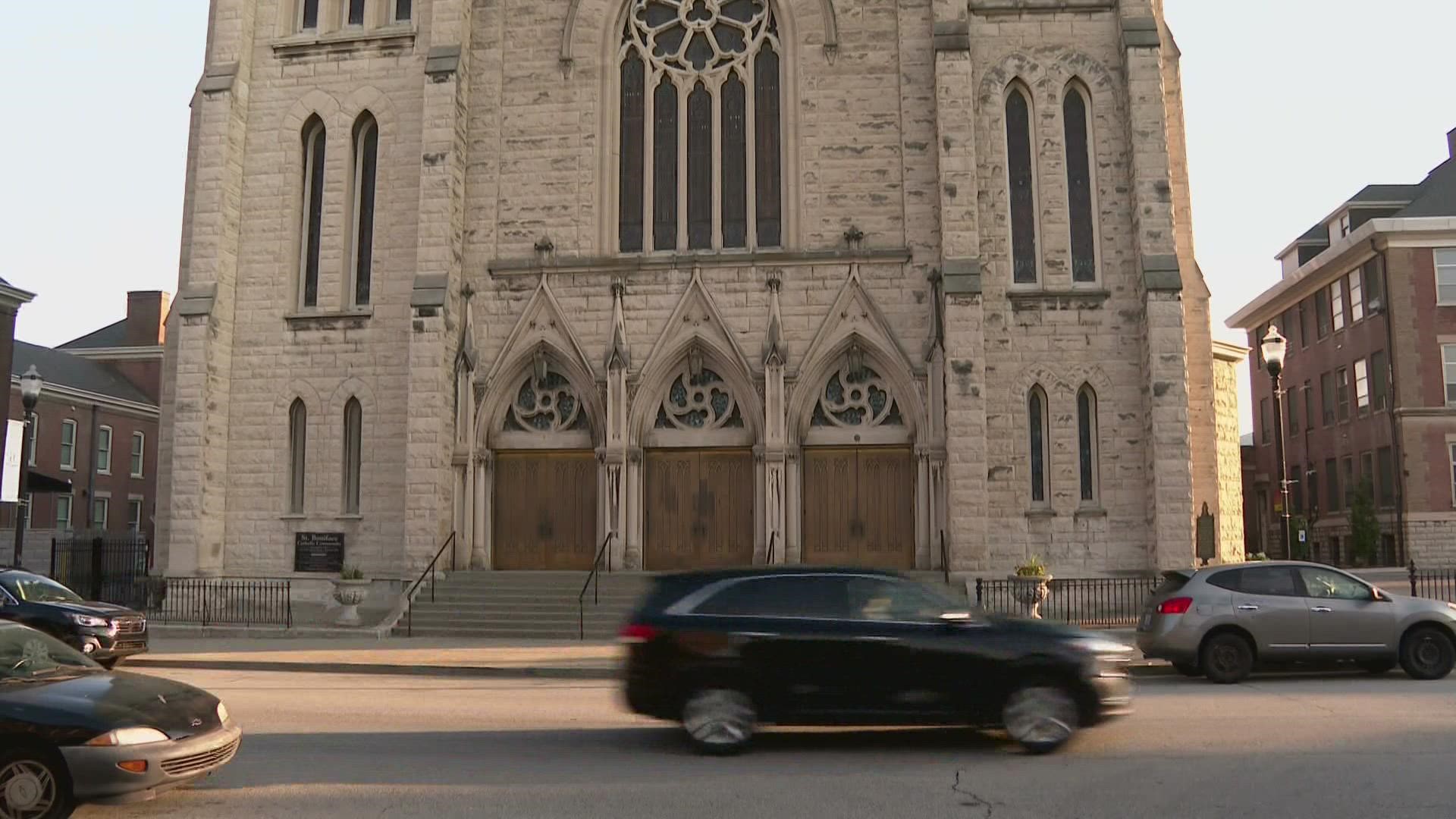 LOUISVILLE, Ky. — Nationwide there has been a declining number of Catholic priests. It’s a big enough problem that some parishes have to share pastors and resources.

Within the Archdiocese of Louisville, there are 110 parishes in 24 counties. Nearly 70 of those parishes are involved in a cluster arrangement, meaning they share a pastor.

Father Jeff Shooner is the pastor of St. Patrick in Louisville’s East End. He is also the pastor at St. Boniface downtown as well as the Vicar for Priests in the Archdiocese of Louisville.

“It's kind of hard enough to be pastor of one parish, with the complexities and all the ministries and programs that are happening at a typical parish,” Fr. Shooner said.

Luckily Fr. Shooner has help from an associate priest and two senior priests. Each Sunday he can stay at one parish to say mass.

But not every priest in the Diocese is so lucky.

“There are some places where mass schedules are like that, where even on Saturday nights, they go from one place to another place, and then Sunday mornings they’re back and forth, back and forth,” Fr. Shooner said.

Those priests travel from one parish to another and try to dedicate the same energy and resources to both.

In the last 50 years, the number of men serving as priests in the Archdiocese of Louisville has decreased by about 60%. Parishes have closed, others have merged.

In 1970 – there were 438 priests in total. Today there are only 178. Priests are retiring and not enough new priests are coming in to replace them.

“That's always the thing of looking at what are viable parishes," Father Anthony Chandler said. "As neighborhoods shift as demographics change, where do we need to be?”

Fr. Chandler is the pastor of St. Francis of Assisi in Deer Park and the Vocation Director for the Archdiocese, helping young men and discern priesthood.

“I'm the gatekeeper, I guess is another way to look at that, as well as the welcomer,” Fr. Chandler said.

Fr. Chandler knew he wanted to be a priest from a very young age. He was ordained in 1989. But today, fewer young men are choosing the priesthood, for various reasons.

“That whole idea of commitment, I think, is a big, big problem in the culture,” Fr. Chandler said.

Religion is something that has waned in our culture too, Fr. Chandler said. People still want to do good, but they’re more likely to support causes than institutions, and the Church is a 2,000-year-old institution.

“I find that when I'm talking to young men about it, they're very excited,” Fr. Chandler said. “I do believe they want to do something heroic, but might there be something around the corner that [they] might want to do.”

The priesthood was always that something around the corner for Dustin Hungerford, since a second grade assignment.

“The other kids drew firemen and police officers or doctors or racecar drivers, and I drew myself as a priest,” Hungerford said.

Hungerford has already been ordained as a deacon and will be ordained as a priest this upcoming year after finishing seminary. He’s entering the Archdiocese at a time when not many millennials are.

“There’s this feeling that the generation has that there is no such thing as truth,” Hungerford said. “There is no absolute, there is no one way to live.”

Dustin attends St. Meinrad Seminary in Spencer County, Indiana. While there might be fewer men working as priests in the Archdiocese, there is actually a steady number of men graduating from St. Meinrad.

“At the end of the day, the answer is Christ will take care of his Church and so whether there are 500 of us or 60 of us, people will still come to Mass,” Hungerford said.  “They still want the Eucharist, and that’s my job, and I gotta put the rest of it in the hands of the Archbishop and in the hands of the Church in whole.”

Priests like Fr. Shooner will tell you they felt God called them into the priesthood. So with a shortage of priests, one of the questions becomes, is God calling fewer people to the priesthood?

“I think he's calling enough men to the priesthood, to meet the needs of his people,” Fr. Shooner said.

While the number of priests has gone down, the number of lay ministers – or men and women who are not ordained – has dramatically increased over the last 50 years. That has been a big help to parishes.