AMPED teaches kids how to play instruments and produce their own music. The program was just named an awardee for The Lewis Prize for Music. 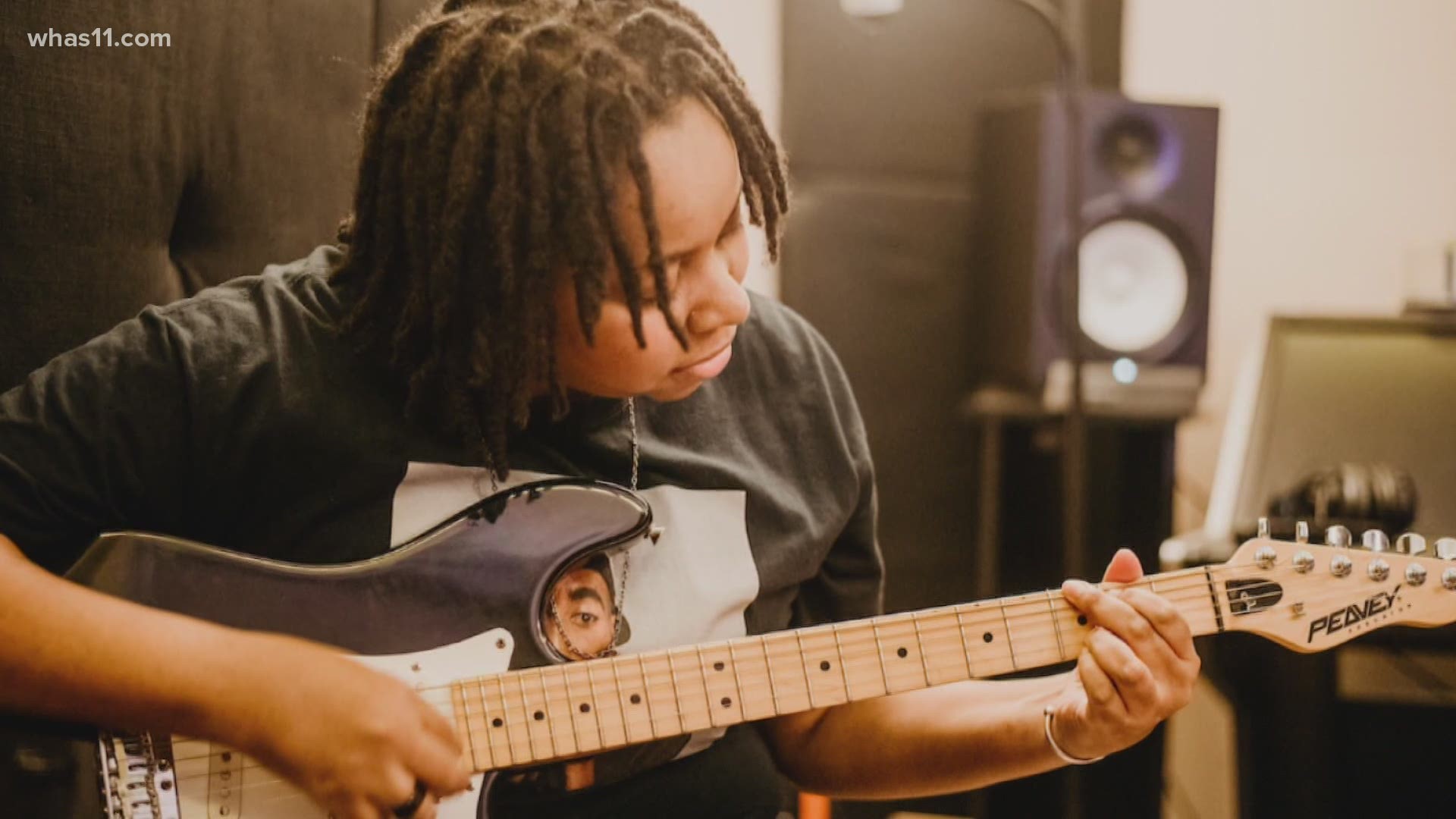 LOUISVILLE, Ky. — Exciting Update: AMPED was named as an awardee for The Lewis Prize for Music! The organization will receive $50,000 to help the nonprofit keep its momentum. Congratulations to everyone at AMPED!

Original story from Dec. 2020 continues below.

A local music program is one of eight finalists in the running for a major award next month. For founder Dave W. Christopher, Sr., this opportunity doesn’t get more personal.

“For as smart as I may have been in school, that’s not what people saw,” Christopher, Sr., said. “What they saw was where I lived.”

He grew up in a low-income household and had to work twice as hard to get to where he is now. He founded the Academy of Music Production Education and Development (AMPED) to help children just like him.

“I don’t want this for anybody else,” he said.

AMPED started out as a free music program but has grown into more of a community center. Children involved in the program learn everything from playing instruments to songwriting to video directing.

According to Christopher, Sr., the changes aren’t just in the arts. He said the students in the program are also getting better grades and attendance at school.

Watching these changes has been an emotional experience for him as well.

“These kids are so capable. They have so much ability,” he said.

AMPED is currently a finalist for the Lewis Prize for Music Annual Accelerator Award, worth $500,000. The award is for leaders across the country who are creating positive change through youth programs.

With the possibility of this win, Christopher, Sr., isn’t planning to slow his tempo.

“We have kids that now think about tomorrow,” he said.

Donations toward AMPED help cover the costs of music supplies, lessons and more. Learn more about how you can contribute to the program here.