This year's 500 Festival Princess Program has selected its 33 college-aged women of Indiana vying for the title of 500 Festival queen. 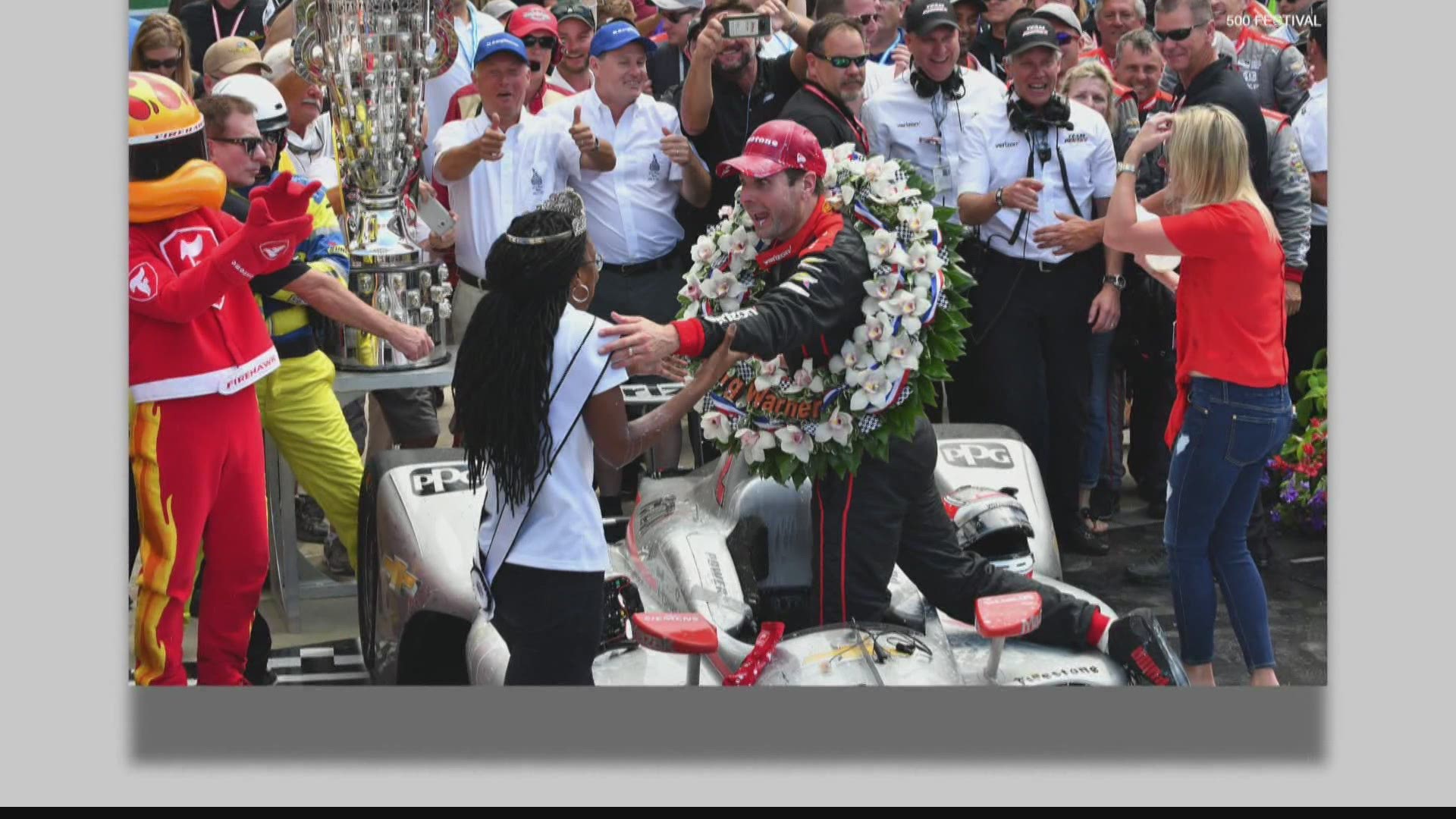 INDIANAPOLIS — The 105th Running of the Indianapolis 500 is still a few months away, but months of preparation have already been put in motion. That includes 33 young ladies from across the state getting the public fired up for the month of May.

Every year, hundreds of college-aged women in Indiana apply to become a 500 Festival princess. The field has been narrowed down to 33 — matching the starting lineup for the Indy 500. One deserving princess will go on to earn the title of the 500 Festival queen, a tradition that started back in 1959.

Kathy Ball Laesch was the 500 Festival queen back in 1975. She recalled how quickly her responsibilities began after receiving the coveted title.

“From the moment you’re queen, they’re like, 'here is your pace car,'" Ball Laesch said. "There’s been many changes — the queen’s don’t get pace cars anymore — but I had a pace car, and I went back and forth from the moment I was selected in May from Indianapolis to Indiana University for all the public appearances and my duties as the 500 Festival queen.”

Kristin Craig, the 2001 Festival queen, said poise is important, while also exuding confidence and bringing your skills to the group and what you bring to the table from things you’ve done in your own community. Craig also said those values are something she appreciates about the program and how it has evolved.

In a typical year, hundreds of miles across the state are covered by the princesses as they visit schools, businesses, nonprofits — you name it. But those public appearances have gone mostly virtual these days as the 500 Festival adapted to the global pandemic.

Madeline MacKinnon is a newly named princess for 2021 and is not only working to promote the spirit of the race, but also to better our communities after a tough year.

“It’s an opportunity to have a platform to serve and to say, 'How can we meet the needs of the people in our city?' We have people backing us, we have people supporting us," MacKinnon said. "Not only do we want to be representatives of the 500 Festival and what the 500 means and its legacy and celebrating it, we are able to go into our communities and be able to meet practical needs."

It's a tradition that stretches over six decades by enriching lives, positively impacting the community and spreading the spirit of the Indy 500.

Since the program's founding in 1959, more than 2,000 Indiana women have experienced the honor of being selected as a 500 Festival princess.

Click here to request a virtual visit from a 500 Festival princess.