Community outraged after criminally charged dog breeder gets dogs back

The breeding business owners, Rebecca and Bobby Phillips, were charged with 82 counts of animal cruelty earlier this year. But this week they were offered a plea deal. 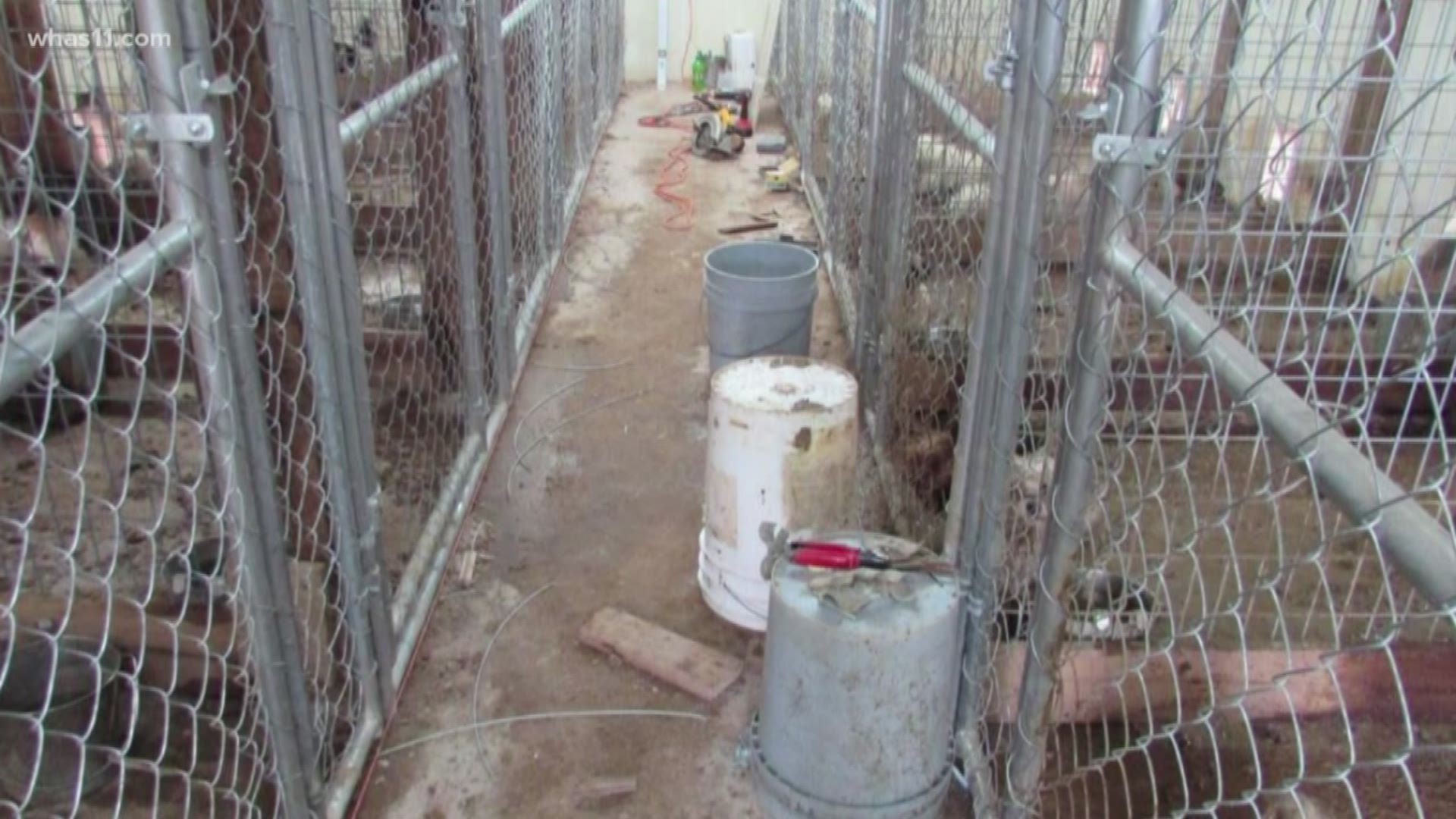 TAYLOR CO., Ky. (WHAS11) -- Community members are speaking out in Campbellsville, where they say justice has been cut short.

Dozens of dogs, rescued from a breeding business will be returned to their owner.

The breeding business owners, Rebecca and Bobby Phillips, were charged with 82 counts of animal cruelty earlier this year. But this week they were offered a plea deal—one the community says is far from justice.

Taylor County Animal Shelter Director Rick Benningfield sat down with WHAS11. He wants it known that he didn't agree with this deal.

"Do you feel like these animals got justice?" WHAS11’s Shay McAlister asked.

Benningfield replied, "Well, 40 some of them did. Because we're going to be able to place those."

But the others, he said, aren't so lucky.

They will be going back to Bobby and Rebecca Phillips' property. A property with living conditions described as “disturbing.”

"Just in filth. Not just filth, it was pitiful,” Benningfield said.

He said he went to the property after being inundated with complaints.

But, he said that didn't happen. Instead, he found sick animals, covered in filth. He said one dog on the property was already dead.

After his report, the animals were taken from the property and the owners were criminally charged.

The complaint stated, “82 dogs were subjected to cruel or injurious treatment”.

The charges were the justice this community had been hoping for, but six months later the defendants were presented a deal in the case—one that has many in an uproar.

"I am sick and disgusted that they could do this and get by with it,” Agnes Sprouse said.

Another community member added, "It was outrageous, ridiculous.”

"Shocked, disappointed, cannot believe that they're going to send those poor little animals back out there to live in the mess that they came from,” Linda Thompson said.

Benningfield said he was involved in the mediation process, but that wasn't the deal he agreed with.

So how did this happen? WHAS11 has tried asking the prosecutor Lisa Nally Martin. We have called five times over the last two days but have not heard back.

Now the community is demanding answers.

"She owes us an explanation. Why is this allowed to continue?” Kathy Borseth said.

They promise they won't stop until they get justice for these animals.

For information on how to report animal cruelty, click here.